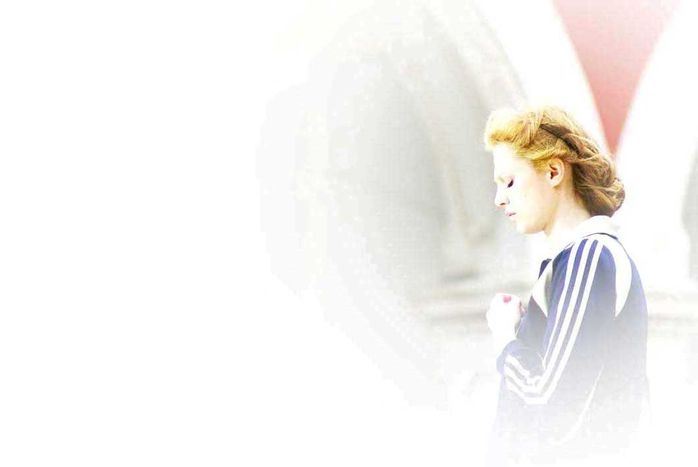 Meeting the integrated Jewish and Muslim communities of Zagreb

Croatia inaugurated its third mosque in the coastal city of Rijeka in May. The muslims in the country outnumber the jews by about forty to one, and both minorities feel successfully integrated. Glimpse into the lives of two religious minorities in a predominantly catholic country

It’s Ramadan - or Ramazan, as they call it in Croatia. From a corner of Croatia’s biggest mosque, which was completed in 1987, I observe the worshippers who have come for Friday prayers. The boys who are by me have paler skin and lighter hair than me. The atmosphere is oriental, but the location is strictly central European. 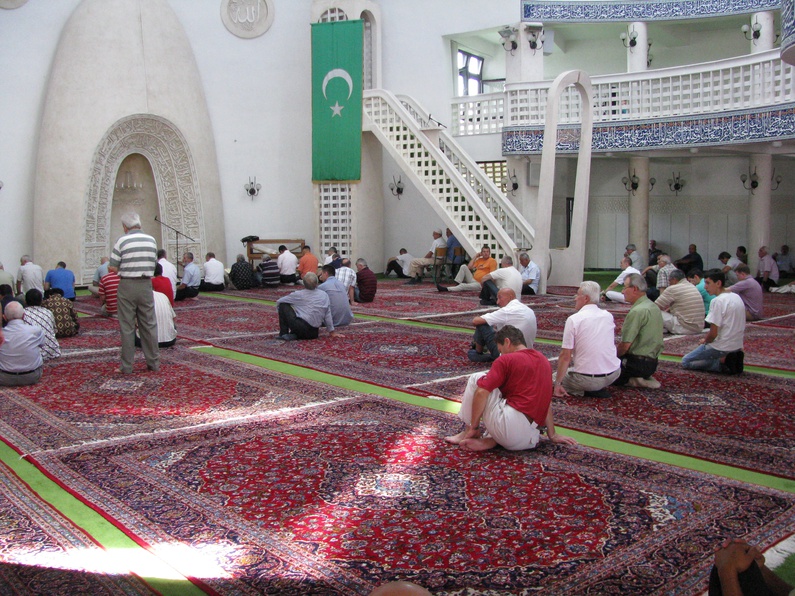 Croatia, which became the twenty-eighth member state of the European union on 1 July 2013, is predominantly christian and catholic. Around 88% of its population of 4.5 million is roman catholic, and 4.4% orthodox. Its religious minorities make the country more heterogeneous and colourful. Jews have lived in Zagreb since the fourteenth century; the official jewish community was founded in 1806. It was almost exterminated in the Shoah (holocaust) and now barely exists in four-digit figures.

Muslims started moving to Croatia in the eighteenth century as merchants, and later as civil servants and soldiers from Bosnia and Herzegovina when it became a part of the Austrian-Hungarian empire. In 1916, the Croatian parliament granted islam the same legal recognition as other religions. Today, about 40, 000 muslims live in Zagreb. Most  have their origins in Bosnia and Herzegovina, Macedonia and Kosovo. Almost a century later, representatives of the islamic community in Croatia say that the country could be a model for other European countries in how to build relationships between the christian population and the muslims, as well as for muslim countries with christian minorities.

Nermin Botonjić, the secretary of mešihat (the executive body) of the islamic community in Croatia, believes that this is a unique situation in Europe. 'The majority of Croatians have a sensibility towards minority communities,' he says at the library of the islamic centre. ‘We are allowed to open islamic schools; religious marriage is recognised by the (social-liberal - ed) state. It makes our life very comfortable. Muslims feel accepted into Croatian society.’ 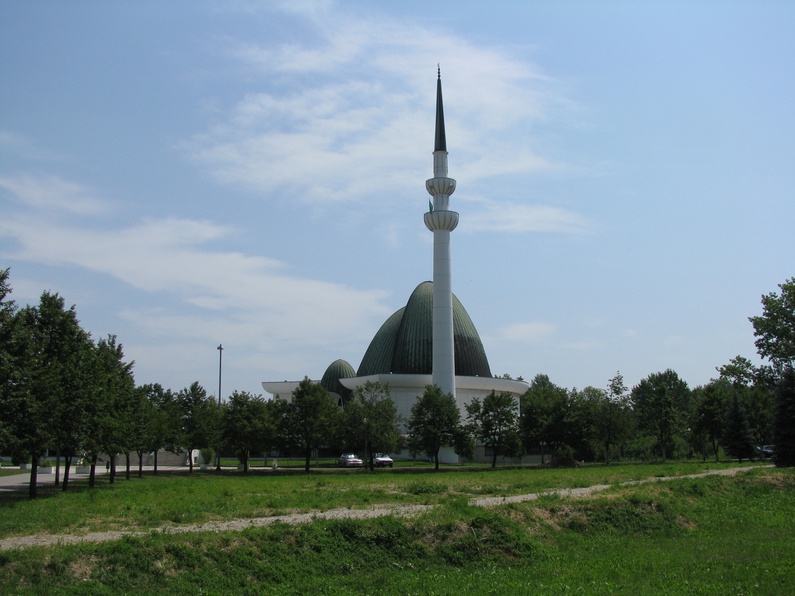 However, everyday life isn’t so rosy. Near the monument to more than 1, 000 muslim soldiers who died in the Yugoslav wars between 1991-95, which in front of the mosque and the islamic centre, law student Azra Dedić remembers being harassed as a child. 'Maybe if I hadn’t mentioned that I was a muslim, it would have been better,’ she says. ‘But I am proud of my faith and tradition; that is the problem.’ Nevertheless, Azra admits that the situation has improved recently; she sees Zagreb as her home and Croatia as her motherland. Azra praises the Croatian media for educating people on the traditions of minorities, but is not optimistic about the future. 'The younger generations are being brought up in the wrong way. They don’t accept one another, and their parents are to blame. Unfortunately, their parents still feel the consequences of the war.’

Nermin Botonjić says that problems exist at an individual level. ‘That’s everywhere,’ he says. ‘The key to a good relationship is that the majority is open to differences, and the muslim community is prepared to integrate.’ Salih Hadžismajlović, who teaches at an islamic secondary school in Zagreb, agrees. 'We have to meet each other to know each other,’ he says, adding that when he travels with friends and stops for a prayer on the side of a road, nobody is offended or feels provoked enough to make threats. 'I don’t feel any obstacles in my life. My friends work in different places, and their employers allow them to come to Friday prayers and then go back to work. They don’t have any problems with that.’ 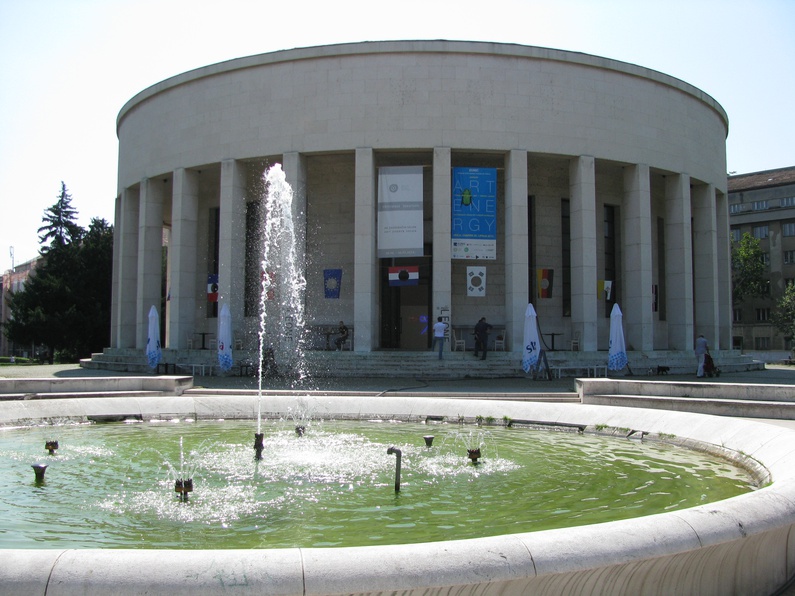 One advantage that Croatian muslims share is that they are culturally not very different from the majority. They speak the same language and have lived in the Balkan region for centuries. Unlike many muslim communities in western Europe, which have several institutions based on their country of origin, the muslim community in Croatia form a single community which has a religious, and not ethnic basis.

Another important aspect is efficient communication between the government and the minorities. In 2010, some police departments refused to issue driving licences with photos of women wearing headscarves because the Croatian law was not precise on this issue. ‘The interior minister proposed a change in the law,’ explains Botonjić. 'The parliament passed it, and now all women who cover their heads on religious grounds are allowed to have such photos on the driving licences.'

Saša Cvetković from the jewish community is less impressed with the government’s actions. 'The problem with religious education at primary schools is that the government signed a concordat with the Vatican,’ he says. ‘Most pupils are catholic, so when my child wants to go to religious education, he is left with one or two more children to sit outside. Religious education should be left to the religious communities.’ Some members of the jewish community also have problems with getting back property that was taken from them during world war two. 'It’s been going on for two decades but the situation has only budged a millimetre,’ says Saša Cvetković.

In 2006, Croatian football fans caused outrage when they formed a human swastika and made nazi salutes during a match. Anti-semitism is present in some parts of Croatian society but Saša Cvetković doesn’t think that the situation is as serious as in France or Belgium, where it is not safe to wear the kippa in some places. Saša says that Croatia's jewish community doesn’t have any problem with other religious groups. He feels that the situation in Israel and Palestine hasn’t had too much impact on the relations of local jews and muslims, unlike in Paris or London where it has become quite tense. 'It’s very different. The muslims came here mostly from Bosnia. The jews in Bosnia are mostly of Sephardic origin. The lived together for a long time and made a huge contribution to the cities where they had been living.’

Zagreb's muslims and jews invite each other to their religious festivals or other events. One such example was a blood donation project organised by Salih Hadžismajlović, which took place in the mosque. He invited people from all christian denominations as well as the jewish community. The message was clear: ‘We wanted to show that essentially we are all the same,’ he says, before heading home; Friday prayers are over for this week.

This is the penultimate focus in a series of special monthly city editions on ‘EUtopia on the ground’; watch this space for our last edition about ‘dreaming of a better Europe’ from Helsinki. This project is funded with support from the European commission via the French ministry of foreign affairs, the Hippocrène foundation and the Charles Léopold Mayer foundation for the progress of humankind