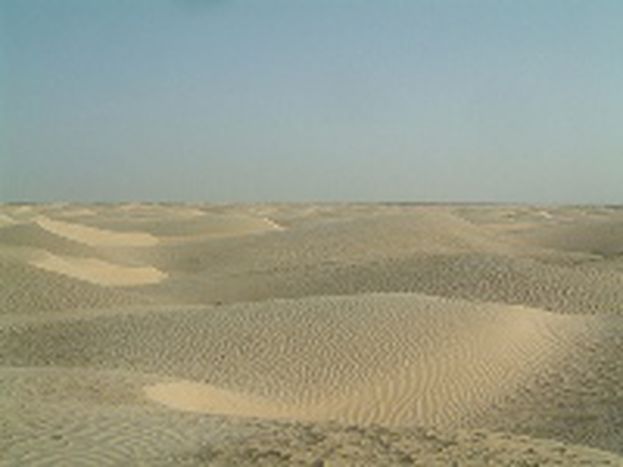 Water shortages and technological underdevelopment are ruffling feathers in Arab countries. The Euro-Arab Conference on Environment, from November 27 - 29 in Kuwait, tries to smooth them out

Water shortages have a tendency to pump heat into debates. The African continent and Arab countries are currently the world hotspots suffering as a result of this unsettling development. The shortage of drinking water will become one of the greatest challenges of the 21st century - not least because of the environmental problems that this brings with it.

In reaction to this development, the fourth Euro-Arab Conference on Environment is due to take place in Kuwait from November 27 - 29. The meeting is being organised by the Kuwait Institute of Scientific Research (KISR). Founded in 1967, it has been under the aegis of the Kuwaiti government since 1981. The event aims to bring governmental and private institutions from the Arab region together with leading European companies specialised in the areas of water supply and water management. Latest technological developments are also on the agenda; the opportunity to share knowledge has opened up.

Stuff of life, and of conflict - water

A growing population means increased water usage. Meanwhile, the enormous requirements for artificial irrigation means that practically all Middle Eastern countries are living ‘beyond their water means’, a fact pointed out by Frank Kürschner-Pelkmann. The employee of the German development NGO ‘Brot für die Welt’ (literally: Bread for the World), is also the author of the 2003 study ‘Wasser im Nahen Osten’, (literally: Water in the Middle East).

Water shortages have determined tactical political manoeuvres across the Middle East for several years. It is the constant source of latent conflict potential. More specifically, the contention between Israel and Syria over drinking water has, for the past 50 years, often been raised to war-like tactics. For example, three-quarters of all conflicts worldwide over drinking water have taken place in the boxing ring corners of these two states.

‘The only thing over which Egypt will go to war again is water’, Egypt’s former president once said. Anwar Sadat (president 1970 -1981), made this threat in 1979, as the conflict with Ethiopia over access and use of the Nile escalated.

It is not only the conflict over increasingly scarce environmental resources that has spread negative vibes over political stability and security in the Middle East. It also clearly defines how dependent the Arab states are upon the rest of the world, with the Gulf States standing alone as exception to the rule. Their rich oil reserves allow them to enjoy an economic advantage, plus sufficient financial means to employ experts from Europe and America.

What Arab countries most notably lack are the development and production of new technologies and products. This situation is not for want of labour in countries such as Egypt, Syria or Tunisia. Here, youth unemployment amongst the under 25s is, in fact, notably high. The problem is more that these countries are unable to stop the brain drain of highly educated and innovative specialists to Europe and America. The offers and hopes of financial security and educational advancement prove all too tempting.

Robert H. Pelletreau, former US ambassador to Egypt, greets the growing use of telecommunications and the internet in the Arab world. Modern means of communication can play a decisive role in helping to make the Arab States competitive. In the short to medium-term, they will have to continue to reply on imported knowledge and specialisation for the solutions to their problems.

The European Union jumps onto the scene as an important partner for this development. In 1995, the Euro-Med partnership was brought into being in Barcelona, so as to further better economic, political and cultural cooperation between European countries and those of the southern Mediterranean.

‘The Barcelona Process has done much for the creation of a new atmosphere of cooperation around the Mediterranean. It has created a new society of nations, one which does not differentiate on the basis of religion, geographical location or level of development. All member states profit from this process’, says Amr Moussa, president of the Arab League. In the coming years, progress will be made in making the Arab states competitive, from their own point of view and those of Europeans too. At least, the hope remains.