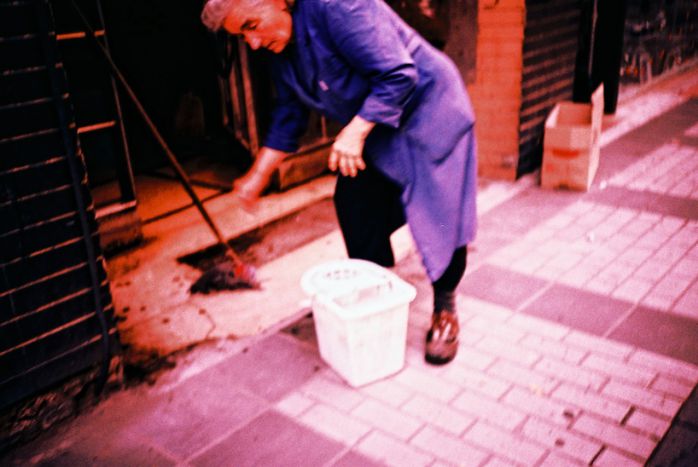 In Italy, between 300 - 700, 000 immigrants work as home helps and care assistants for the elderly and the sick. Often, they are female black market employees. Nicole's story

Nicole first learnt about Italy’s state of emergency ‘security package’ on the eight o’clock news on Rai Uno, the main national channel, on 23 July. ‘The interior minister Roberto Maroni (from the Lega Nord or ‘Northern League’ - ed) has introduced the crime of clandestine immigration,’ the newsreader said. ‘The punishment will increase by a third for illegal immigrants who commit a crime. Foreigners without a regular visa who rent accommodation illegally will be evicted. A foreigner who has been condemned to two or more years in jail may be deported. There will be speedy trials and sentences between six months and four years for those caught committing a crime. Marriages of convenience will be stopped. The go-ahead for a census of Roma camps by means of fingerprinting has been given.’

Cheap labour from Bulgaria and Romania

Nicole has been in Italy for a year and is a Romanian home help - one of the 300 to 700, 000 estimated clandestine home workers in Italy. Nicole turned 31 in May, but her story begins far away, a distance which, from Hunedoara (the Transylvanian city of coal between Ukraine, Hungary and Serbia) in Petrila, could translate the years of her life into miles of departures, separations and welcome homes. She looks after an elderly wheelchair-bound woman and spends her day indoors. Despite the law and the fact that she works cash in hand, she runs no risk of being caught. The Italian police don’t patrol public parks in a hunt to handcuff carers taking the elderly for an afternoon stroll.

In a country with a steadily increasing elderly population and inefficient welfare provisions, eastern European women - almost exclusively Romanian and Bulgarian - represent the ‘cheap labour’ ready to take on grandparents who cannot look after themselves. They do the work which few Italians are willing to do, and for which they would demand a higher pay; this is the reason why the law decree set in place by the government does not contemplate any sort of measure against foreign home helps. 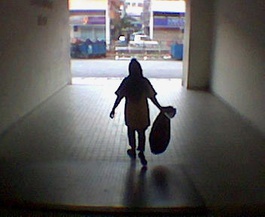 ‘I left after I bought my house,’ explains Nicole. ‘I had a mortgage to pay and my salary from the markets where I worked, 550 new lei (150 euros or £121) was very low.’ On 17 April 2007, Nicole climbed on one of those agency coaches (a one-way ticket costs 160 euros or £129). Her only welcome when she got to Salerno, in Campania, southern Italy, was the ‘bloke from over here who finds us jobs.’ For 200 euros (£161), he collected her from the station and took her to her first job, about 15km away. ‘I was lucky. If I hadn’t got a job straight away, I would have had to stop at his place and paid him 10 euros (£8) a day,’ she says. She is now paid 600 euros (£483) per month which she sends back to her son in Petrila. ‘Here I earn four times what I earned at the market. In any case, even when I worked in Romania I didn’t have insurance. I am treated well, I can’t complain.’

Romanian and Neapolitan: a small world

Nicole is ‘Nicoletta’ to the woman who she looks after, as a few years ago Ukranians and Poles ended up as 'Maria' and 'Olga'

Nicole is now ‘Nicoletta’ to the old woman who she looks after, as Anja becomes Anna, or as a few years ago, Ukranians and Poles always ended up as 'Mari'a and 'Olga'. She stays in the house with the invalid for twenty-four hours, and has two afternoons a week off. After 3pm on Thursday and Sunday afternoons, the centres and districts of the majority of the country are filled with groups of young women in stretch pants and lips shining pearly pink. They meet at bus stops and go to bars and pubs which have adapted to the new clientele. They offer beer at reduced prices and play Romanian music, the singers sounding very like the emerging Neapolitan warblers.

Nicole herself says that Romanian diction is very close to the Neapolitan dialect. Even pavement traders have begun selling, along with Italian pirate videos, dubbed Rumanian and Bulgarian films. The first words of the Italian language that Nicole learnt were from television on Sundays; she also uses a book that she always carries with her, the Ghid de Conversatie Roman-Italian, Pentru toti (‘Italian-Romanian Guide to Conversation for Everyone’). Some phrases might have come in handy, such as: Voi putea ost fel sa ma revan sez pen tru norea dumnea voastra amabilitate, roughly translated as: ‘I could then repay your great kindness.’

The debate on the immigration question has become embittered following the great consensus during the last elections of the Northern League. The new law is one of the harshest in Europe, so much so that it has been vetoed by Brussels because of the plans to fingerprint in the Roma camps. This has incited pressure from humanitarian organisations, the Vatican, the UN and the judicial sphere. But Nicole doesn’t seem worried. ‘Luckily for now, the European Union is here, and soon, in a few months, I will be able to go back to Petrila. In the meantime the new law is not causing us any problems.’ Meanwhile, the Euro-optimists live (rent and food free) in Italy, in spartan flats and with elderly people in need of care.