It is one of the most symbolic and oldest districts in Paris. Situated between the 5th and 6th arrondissement and neighbouring with the Notre-Dame it appears to be a display solely for tourists, but with its university, high school and historic bookshops it is a perfect place for students, like Alexandra. Welcome to the Latin District!

Located along the left side of the Seine and between two arrondissements, ​​the Latin Quarter is an extremely lively and dynamic area, popular among many young people as well as the thousands of tourists it attracts from all over the world. It’s here that some of the most prestigious French academic institutions have their headquarters, like the École nationale supérieure des Beaux-Arts, the Collège de France and the École Normale Supérieure.

However, the heart of the student life revolves around the Sorbonne, the oldest French university. And it’s in this cradle of knowledge that Alexandra did her European Voluntary Service experience for 11 months under the Erasmus plus program. The 26-year-old is originally from Ukraine and studies International Relations. She worked for the "Association Pavillonaise pour la Jeunesse et la Culture", where she was busy with the afterschool education of children and adolescents. She chose Paris “not solely for the language, but especially for its lively and creative atmosphere, just like in the streets of the Latin Quarter.’’

“I meet with other Erasmus volunteers here: our meeting place is the statue of Saint Michel. It’s practical because it’s easy to reach for everyone who takes the RER, but also because we feel at home there.” The squares are swarmed with people all day long. Students and professors unite in the bistros for their breaks, they gather around the bookstalls, which are lined up one after another along the narrow streets. Here the refined aromas of the French cuisine mix with the spiciness of Asian, Greek and Moroccan food. The neighbourhood’s name comes from the medieval times, when inhabitants of the area spoke Latin. 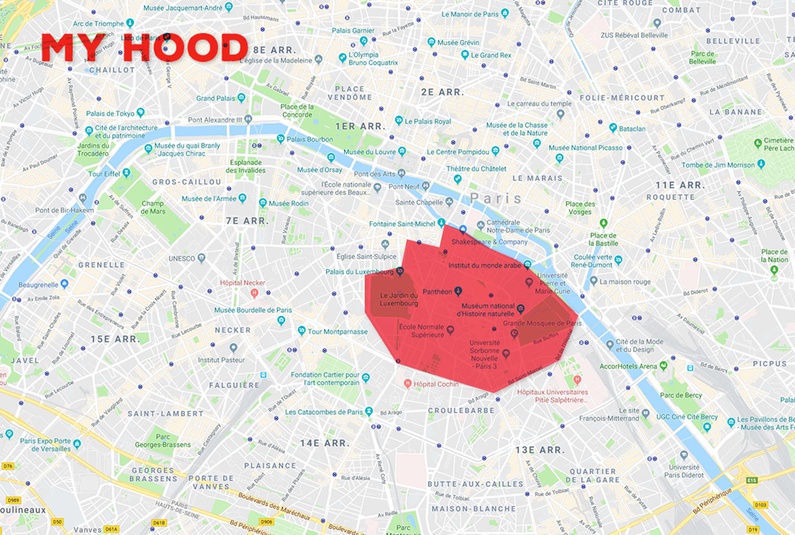 I meet Alexandra at the Café La Terrasse, close to the entrance of the Jardin du Luxembourg. “It has been my favourite place since I got here- tells the Ukrainian girl- for reading, taking a walk and enjoying the days in the sun. I come here alone too and I feel at ease among the well-kept flowers, sitting in front of the pond.” We are a few steps away from the original heart of the Latin Quarter: the Abbey of St Genevieve, named after the patronage and the protector of the city. “For me, the true, pulsating centre of the city is the Place de la Sorbonne,” Alexandra continues, with dreamy eyes, “ with its fountains and characteristic cafés. It’s a quiet pedestrian area that opens up onto the Boulevard Saint Michel. It always astonishes me that this was one of the most turbulent points in the years of the students protests, back in May of 1968.” 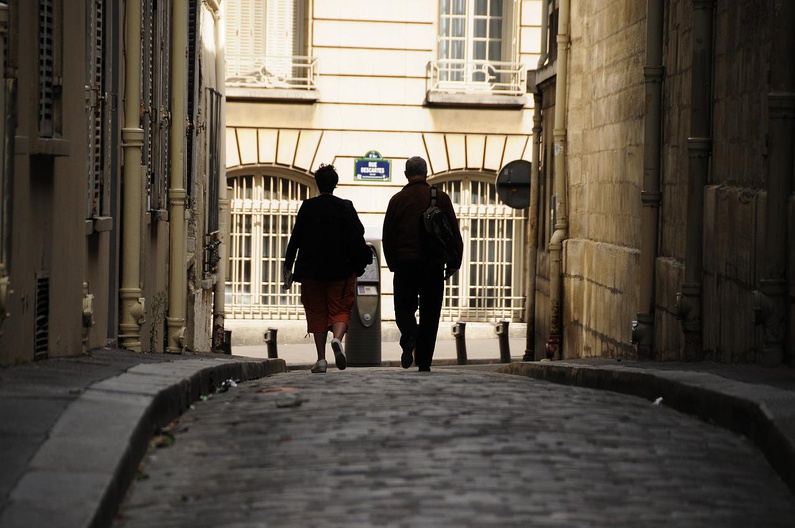 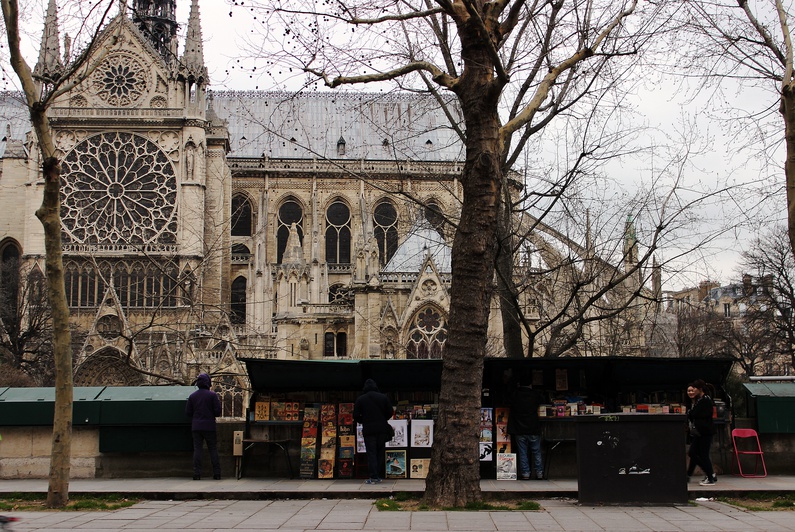 It’s easy to get inspired by the abundance of culture in this neighbourhood. That’s why Isabelle decided to open her own bookshop, L’Emoi des Mots, on the Rue Descartes: “It’s my lifelong dream that has come true. I propose presentations, meeting and workshops with writers accessible to students, families and tourists, each drawn in by the district’s history. You get the urge to read and study when you pass by!”

On the walls, plaques are hung up to show which famous writers frequented the neighbourhood. Zola, Hugo, Balzac and Fitzgerald are some of them. Many houses in the 1800s and 1900s served as shelters or workshops for internationally renowned painters. In short, the Latin Quarter is a massive cradle of creativity. But is this still the case today?

“Other than the handful of shops that are either too expensive or tourist traps, strolling around the neighbourhood is a bit like falling into Woody Allen’s Midnight in Paris. It always seems like you’re about to meet some genius from the past! Perhaps the area has kept a lot of this nostalgia. The district is for people with an old soul, like me,” Alexandra says, giggling to herself. To kill some free time in the afternoon, the Erasmus volunteer loves to visit a bookshop that sells books in English called Shakespeare and Co., where she sits down and listens to the piano being played by passing strangers.

But the student life is not solely made up of books. For the district to become boisterous and colourful, there’s also “the creperie on Rue Mouffetard and the festive picnics along the Seine in summer,” Alexandra explains. “For such occasions, I put a bookmark in my current read and I let myself get lost in the happy atmosphere. That’s also what the neighbourhood means for me and my friends.” The gates of the Jardin du Luxembourg close as the sun sets. Bathed in a spectacular orange light, Alexandra continues: “When I finish my volunteer service here, I will be staying in Paris. That choice is largely influenced by my time in the Latin Quarter.”

As Hemingway once wrote: “If you are lucky enough to have lived in Paris as a young man, then wherever you go for the rest of your life it stays with you, for Paris is a moveable feast.” And what is better than feasting your eyes on the beauty of the Latin Quarter? 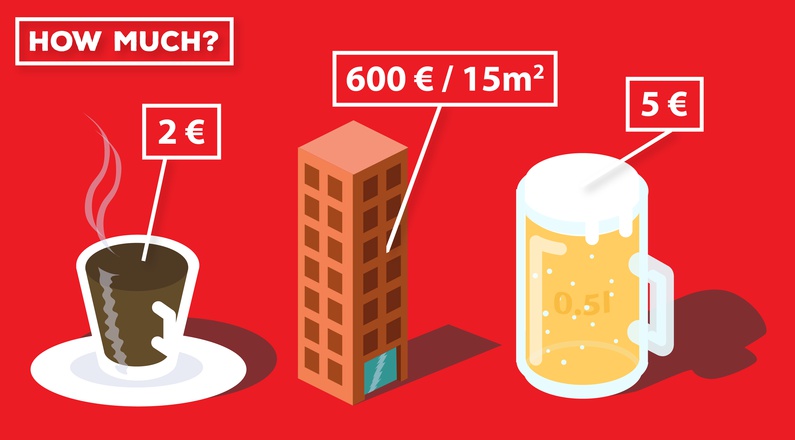 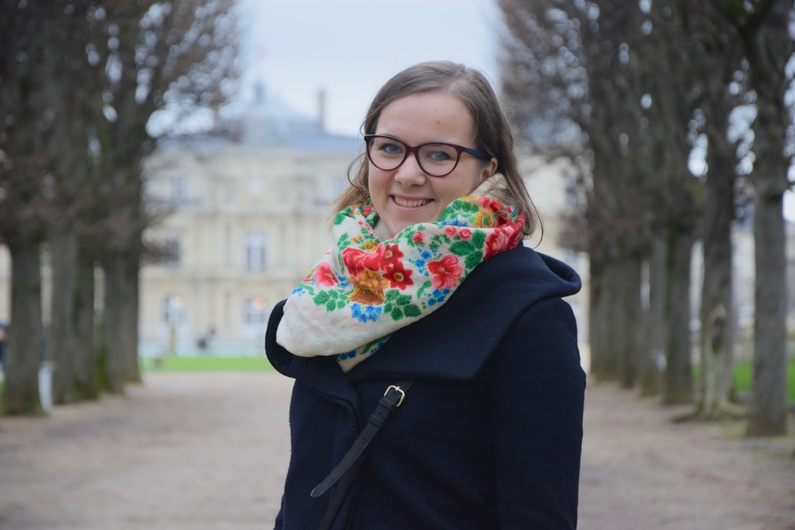 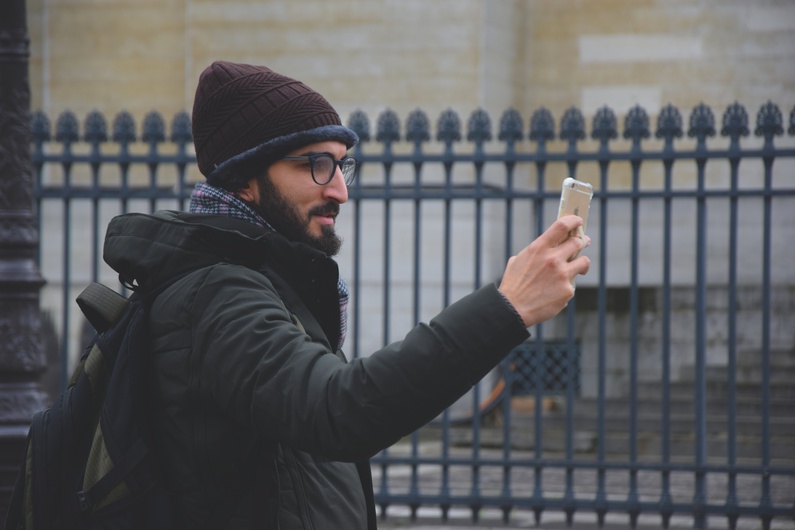 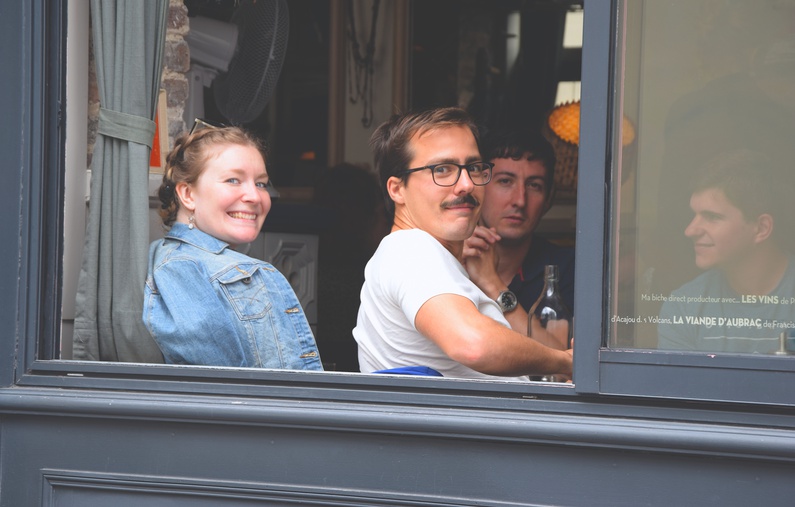 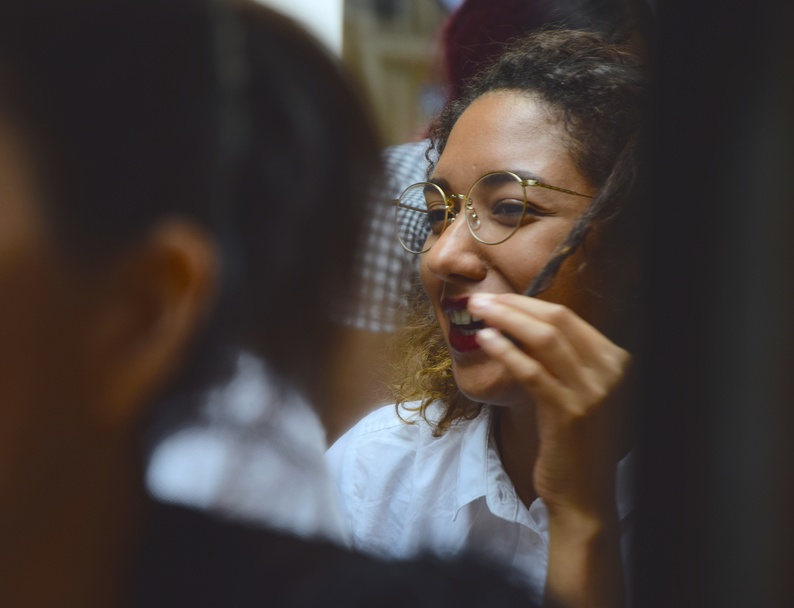 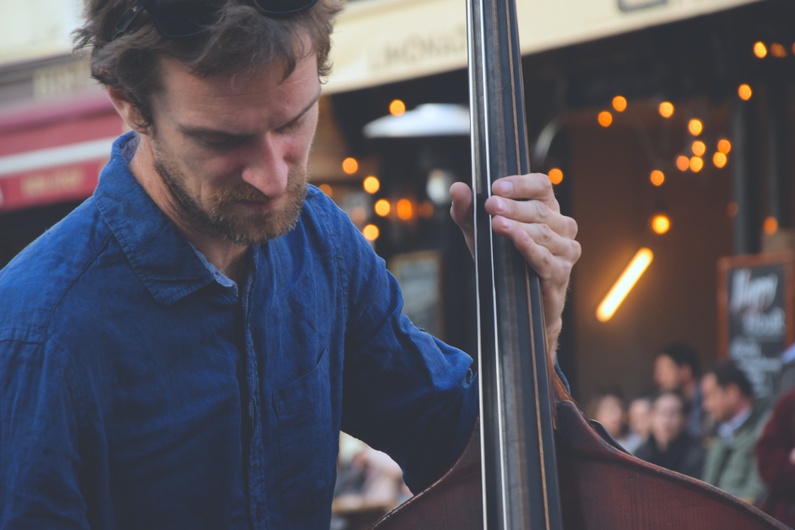 Hotspots in the Latin Quarter

- Shakespeare and Co. (37 Rue de la Bucherie): bookshop with books in English and with a magical atmosphere

- Salon de Thé in the Grande Mosquée (39 Rue Geoffrey Saint-Hilaire): unmissable spot where, after visiting the mosque,  you can get a hot tea for 2 euros only and honey treats

- Café La Terrasse (145 Boulevard Saint- Michel): a casual café good for a drink after a stroll in the Jardin du Luxembourg

- College des Irlandais (65 de la rue du Cardinal Lemoine): the courtyard inside is a hidden gem for reading during the summer

- L’emoi des mots (25 rue Descartes): a small bookshop where you can find interesting and alternative texts surrounded by a homely atmosphere of Isabelle’s living-room-like couches.

- DOSE (73 Rue Mouffetard): a café with a covered patio. Good for work on the computer while sipping on a cup of herbal tea.

- Au P’tit Grec (68 Rue Mouffetard): gallettes like you have never tried before. Eat fast or otherwise you won’t manage to finish it all!