Stuttgart-Ost isn’t cool yet, but when it is in a few years time then you will have already heard about it here. On a superficial level, this neighbourhood is seen as simultaneously bland and edgy. But those who look closely will find nice bars, fascinating brick houses, and a whole host of curiosities: from the observatory to the "Kolonie Ostheim" to a pug statue.

Stuttgart-Ost lies hidden behind the Wagenburg.The only way of getting lost here is if your visit with friends or stroll through the castle grounds goes too far and you end up in the Park Villa Berg. It takes less than five minutes by bus to reach the centre of Stuttgart, the central station and Königsstraße, the main shopping street in the capital of Baden-Württemberg. Residents speak highly of the many shops and the infrastructure. Whether a post office, school or doctor’s surgery, everything is within a short walking distance. Likewise, the neighbourhood is very quiet and spacious, very green and definitely not overcrowded.

Nevertheless, Stuttgart-Ost is by no means a trendy district, and certainly not a place you could describe as being particularly beautiful. It is dominated by ugly sixties and seventies architecture. However, if you look closely, you'll find in addition to these ugly rows of houses streets lined with beautiful, individually crafted brick houses, which often have front porches and balconies. The streets are connected by small squares with trees and benches. The heart of this beautiful part of Stuttgart-Ost is the Teckplatz with the Jünglingsbrunnen (the Fountain of Youth). It served as a marketplace at the beginning of the 20th century but since then it is no longer used. A cafe with hipster fairy lights or a small restaurant with outdoor seating would fit in well here. 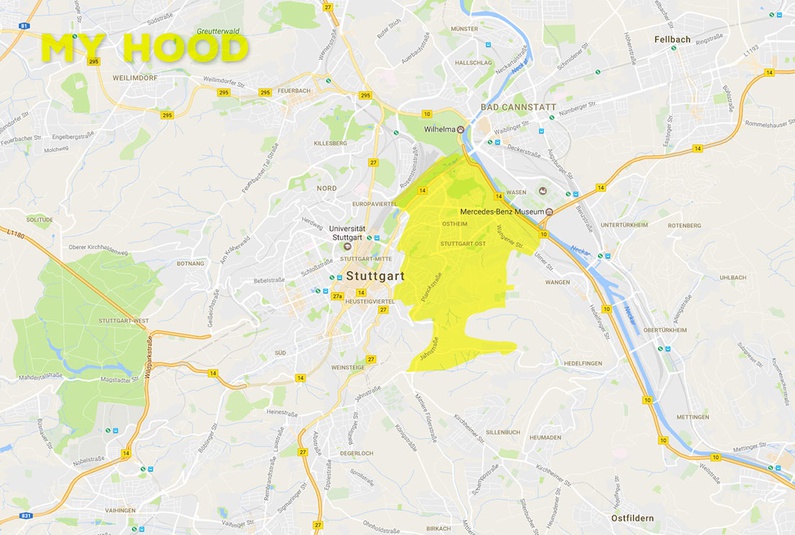 So far this is not the case - not yet. But gentrification is on the rise here. The old-fashioned cobblers and traditional bakeries are still around, but new, hip shops and business models are the order of the day. A barber shop has opened, as well as a shop selling old wine cases remodelled as shelves for an extortionate price, a hairdressers-cum-cafe, and a shop displaying coffee machines in its front window. More and more young families are moving here, for whom a new kindergarten was built with wild gardens, wooden toys and a children’s yoga school. This makes it all the more common to see "stop gentrification" sprayed on the walls.

This is ironic, as the large Stuttgart-Ost district was purpose-built a hundred years ago to counteract the housing shortage in Stuttgart. Industrialisation meant that the population of Stuttgart almost tripled in size within the space of 35 years: 250,000 people lived here in 1905, as opposed to only 90,000 in 1870. The Association for the Wellbeing of the Working Classes campaigned for affordable housing. Between 1891 and 1903 the Kolonie Ostheim housing development was built in Stuttgart-Ost, offering 1,267 new homes. The brick houses are still there today, and are just as beautiful. Although they were all built in the same basic format, each one is unique. The architects used different roof shapes, bay windows, balconies and small turrets to make them stand out individually.

Meet some of the residents of Stuttgart-Ost (English subtitles) 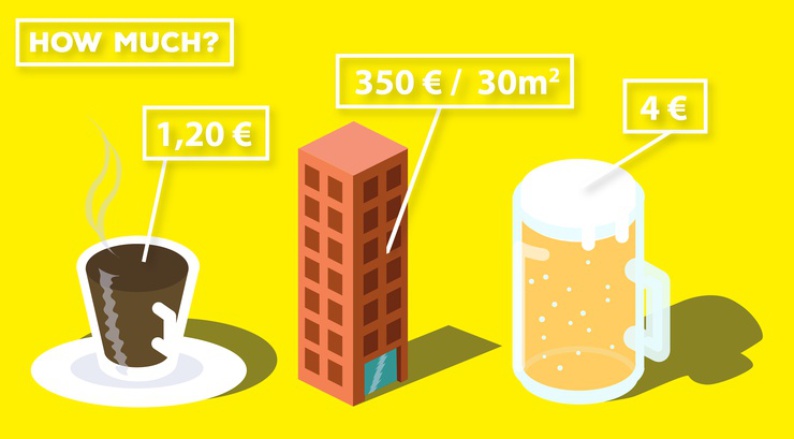 It’s a bit bland, and in some places unkempt and poor and with a very diverse population. However, the neighbourhood also has lots of curiosities to offer.You can enjoy one of the most beautiful views over Stuttgart on Eugensplatz, where there is always delicious ice cream served in summer by the Pinguin ice cream parlour. The pug statue can also be found here. It was dedicated to the comedian Vicco von Bülow (1923-2011), who became known as "Loriot" on German television. His most famous quote? "A life without pugs is possible, but pointless." 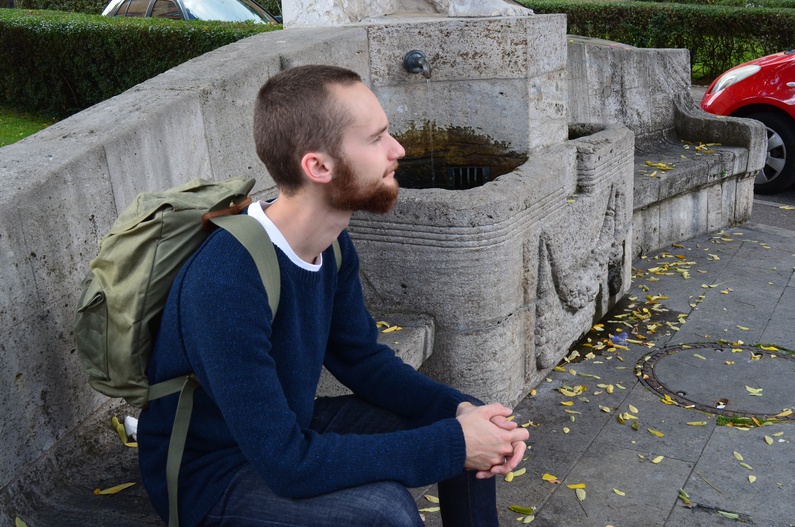 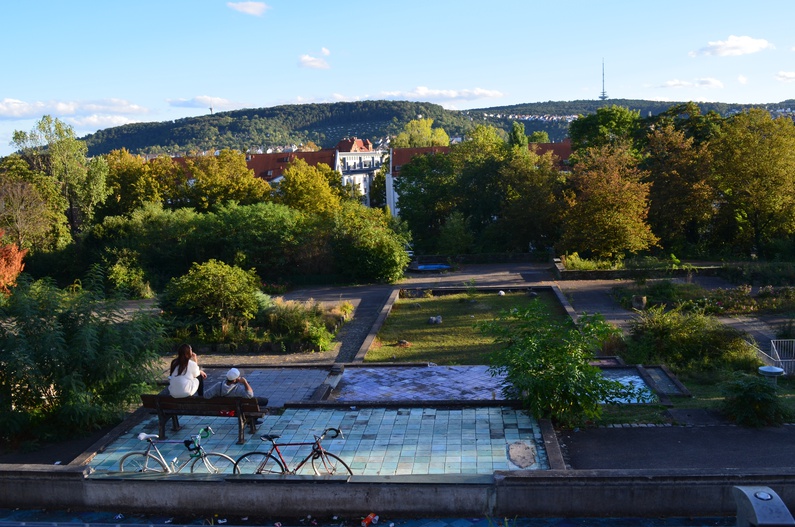 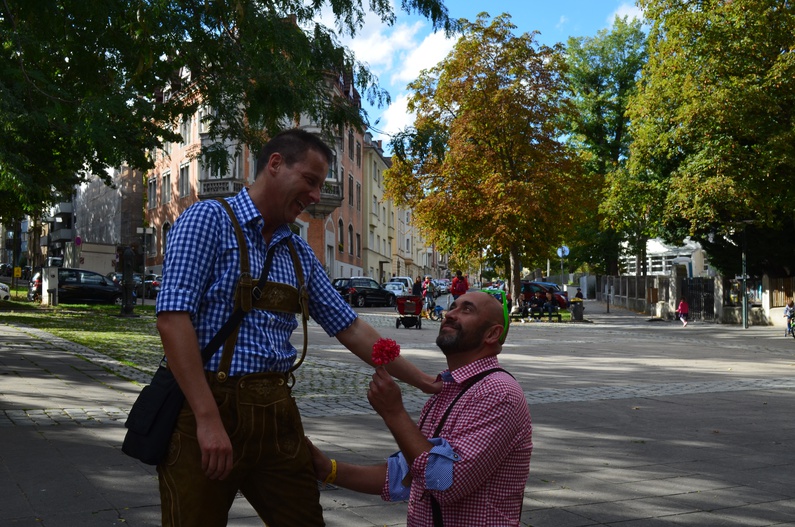 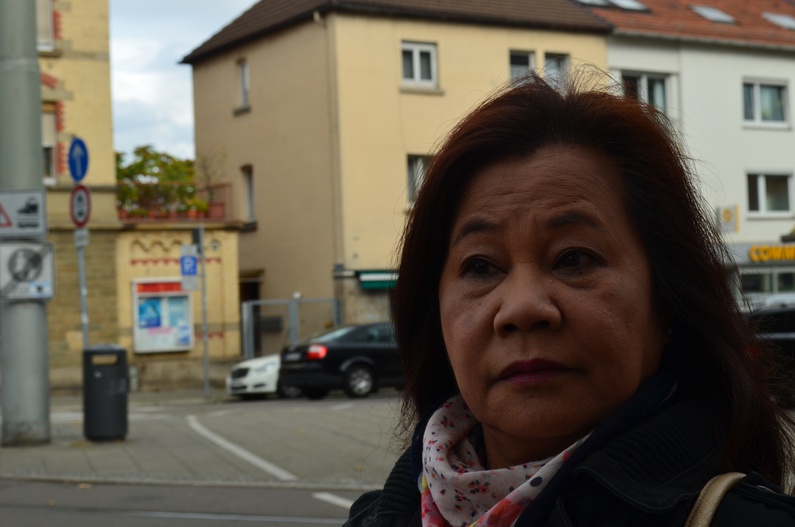 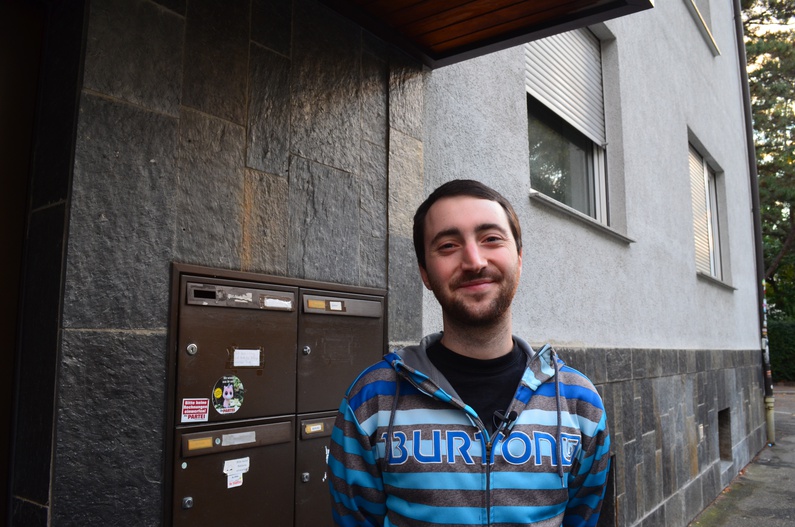 Walking up from the square between old villas up the hill, you reach Uhlandhöhe, where visitors can watch the stars together on cloudless nights. Then there is the Schlampazius, a legendary tavern that is neither nicely situated nor very inviting. But those who dare to venture inside will encounter a Stuttgart gem. The walls are covered in posters of Jim Morrison, Janis Joplin, Jimi Hendrix, Che Guevara and Frank Zappa, and behind the bar there are spirit bottles and stickers with the slogan "Stop Stuttgart 21", a residents initiative campaigning against the costly renovation of Stuttgart’s central station, amongst other oddities. The candlesticks bear witness to the long history of the place with the mounds of wax which has built up over the years. Behind the counter stands Ramon - as he has done for 43 years. He ended up in Stuttgart after fleeing the Franco dictatorship in Spain. He actually wanted to close the bar at the end of December 2016, but didn’t go through with it - which was celebrated in a long article about the Schlampazius in the Stuttgarter Zeitung.

Along with Laboratorium next door, which still regularly hosts concerts as well as cabaret and theater performances, the pub was the meeting place for the alternative scene in Stuttgart, especially in the 1970s and 1980s. The Red Army Faction was supposedly founded and regularly held its meetings here - according to rumours at least.

On the south-western edge of the neighbourhood is the Park Villa Berg, which is connected to the castle grounds by a bridge. Even in March, half-naked sun-worshipers are already lying on the meadow between the apple-trees on the southern slope. The mid-19th century structure was named Villa Berg in the style of the Italian high renaissance. It briefly served the king as a summer residence, then was passed over to the city and later to the radio and television station Süddeutscher Rundfunk, which used it for concerts. In the meantime the building remained empty, but was to be reused.

On the other slope of  the park is the Buschpilot, a place that stands on stilts between bushes and low trees and serves as a combination of a restaurant, café and beer garden. During the day meals are served indoors. If you are looking for sun and sweet treats then you can get some coffee and cake and sit down on the sun loungers on the grass.

If you get hungry on your trip through the neighbourhood then check out Udo Snack, a burger restaurant with successful branches in the city centre. It’s normal to wait in line for half an hour. However the bistro’s original branch is in eastern Stuttgart, where you can get burgers there at lunchtime without waiting (for now, at least).

Translated from Meet My Hood: Stuttgart-Ost