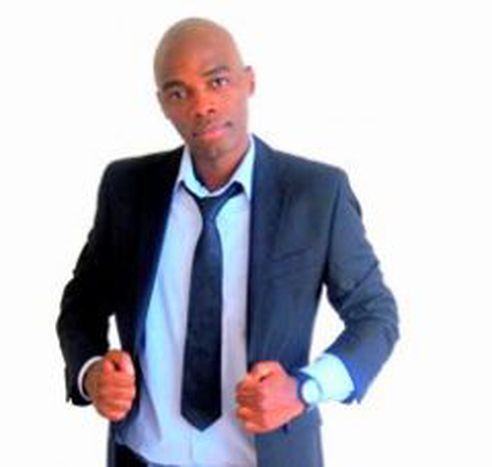 By Jan Nils Schubert What are the main struggles of the African youth today? What is their common opinion on subjects like Europe, private investment, etc? A 24 year old South African, devoted to help the African Youth in its every-day struggle shares some of his insights. So please, meet Mr. Bruce Dube… It was a week ago that I first met Bruce Dube.

As the Director for iConcept Media and an initiator of its many projects, he was invited to speak at a conference organised by “Friends of Europe” on “Ascending Africa: opportunities and challenges”. And when I asked him if he could answer a few questions for cafebabel Brussels, he agreed with great enthusiasm.

According to my own experience and analysis, I would say largely poor governance and leadership. It impacts a lot of systems that should facilitate growth and development in the lives of African youth; and ultimately leads to issues like unemployment, poor access to information, politicised government structures, and little focus by government on education and youth entrepreneurship.

The main issue is funding. There are only very few dedicated structures that offer funding to the African youth. But those are usually politicised and affiliation determines access.

We must cultivate responsible leadership in African Governments, as well as systems that will help improve accountability and transparency. Concerning the youth, there is a need to adopt a more functional education, to invest financially in Youth innovation and entrepreneurship, and to create platforms to contribute to issues of leadership, economic growth.

I started the project in January 2012 after noting that a lot of African youth were struggling to access developmental information on employment, education, entrepreneurship, etc. I felt that someone had to take the initiative to create a platform that could help address this challenge, so I launched “Youth Village” and it became a major success in South Africa, with over 60 000 monthly visitors. Dubbed as the one-stop-hub for developmental youth info, the platform has won many Awards and Prizes.

“Youth Jobs” focuses largely on creating better access to jobs that don’t require too much work experience or academic qualifications. We have managed to cover some good ground and helped youth to start businesses and to access jobs and funding.

I am also working on a new project called “My Gouvernement. The aim is to improve service delivery in Africa, as well as accountability in Government structures particularly among civil servants. It’s still a prototype but I’m planning to launch it early 2013.

I think Africans appreciate a lot about Europe and it seems they almost feel the need to emulate some of its policies and build an equally prosperous Africa. Still, there are some areas most Africans are not very excited about, starting by Europe’s interventions in areas to do with governance and scenarios like those in Iraq, Afghanistan and Libya.

Europe should stimulate engagements between conflicting groups and not take sides or occupy countries supposedly undemocratic or whatever. It is a bit hypocritical to speak of good values yet funding rebels and opposition parties to create instability in African nations. And particularly, those countries who do not succumb to European pressure and influence.

There is a lot of cooperation going on, particularly with private investors in Africa. In fact, most have been quite helpful, by creating jobs and building local infrastructure. Off course, they are constraints here and there but they have been positive stories related to that. The responsibility now lies with the governments to create laws and regulations that protect the rights of the work force and create a healthy environment for potential investors. This is particularly important in areas around political stability, taxation and governance.

Of course, it is really helpful in most nations that struggle with resources or equipments to alleviate humanitarian constraints. But, the African nations need to start looking into measures for a state of self sustainability and independence. They should process their own resources and use them effectively, in order to draw sustainable monetary value from it, create jobs and build systems to help address issues that require humanitarian aid. It is high time, Africa stands on its feet and stops living on its knees!

There definitely is one. It is unfortunate that sometimes the ‘African identity’ comes out more as a curse than a blessing, largely because of conditions tied to certain countries. But I’m positive that in prospering nations, it is seen as “a tag” of prospects to not only pioneer and innovate, but also access resources to easily be part of the building and crafting process.