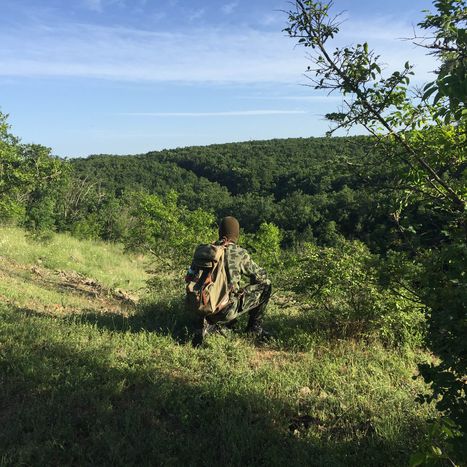 Praising the refugee hunters as national heroes; beating international journalists together with migrants; sentimental pleas with a short-time effect – those are few examples of media coverage of the refugee crisis. The backlash is further distrust in the media as such. What are the ways out of it? Cafebabel is following the discussion with the European media experts.

This masked man in a camouflage gear is not a soldier but a refugee hunter, one of many who are patrolling the frontier between Turkey and Bulgaria.  When first reported in Bulgarian press, those people were shown as local heroes, praised by government and welcomed by the public according to the polls.

Things changed when the international media came in. The enthusiasm went down. However, the overall attitude of media is still okay, says Bulgarian journalist Vesselin Dmitrov. This is one of many examples of how some media fall into populist and oversimplistic reporting.

To what extent are the media responsible for shaping public opinion about refugees? While some media are paraphrasing state propaganda, the others seem trapped in emotional, short-sighted appeals. What effect the refugee issue has on media ? These were the topics discussed at the briefing by the European Centre for Press and Media Freedom (ECPMF) with experts from the European media sphere and refugees. 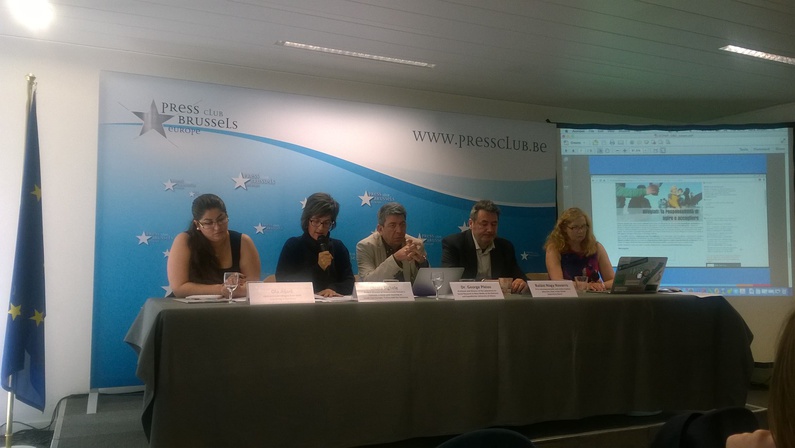 How to report objectively and not get beaten up?

In the mean time, there is no ' free media' as such, but so many of them are state-owned from online newsrooms to citizen websites. It would be wrong to generalize, warns Balazs Nagy Navarro, a prize-winning journalist and media freedom advocate.

In his country, Hungary, the pivotal day was on September 16th 2015 when several journalists were beaten up when the crowd of refugees was trying to get through the fence. Obviously those journalists were  part of the crowd to put in the limelight the real picture of what was happening. Even though they had badges and professional equipment and thus were recognizable as journalists. Still, they were beaten up by police, and the official response to the call for investigation was that police acted lawfully, professionally and there was no reason to investigate. How to secure journalists' safety under such conditions? 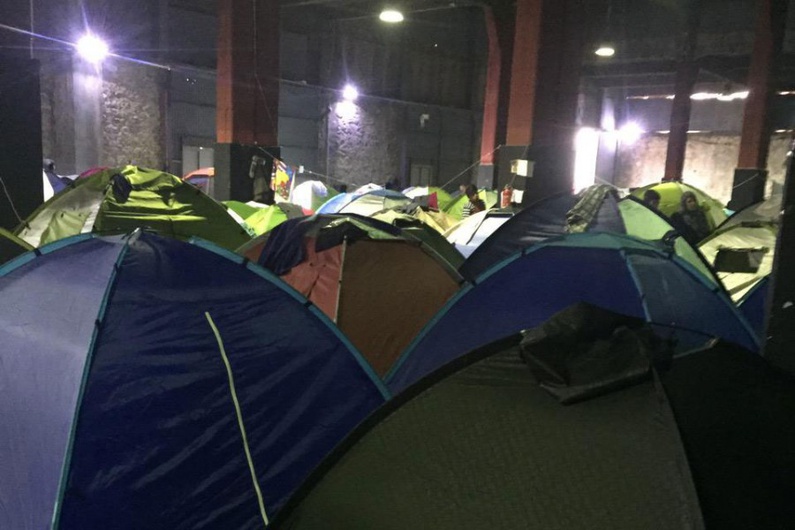 Refugees’ tents are piling up in Athens port : set up so close to each other that there is no passageway between them. This is the only privacy they have - they cook, sleep and live in those tents, with the exception for the toilets and bath, for which they have to take the long queues and provide stamped papers. As an evidence, Ola Aljari a Syrian refugee and a journalist in residence at the ECPMF , there is decreasing interest of media for the refugees topic.

During the 10 days she spent in Greece  looking at the conditions in the refugee camp in Athens port, she only met one journalist. He told her it was getting harder and harder to sell pictures or stories to media. And surely the reason why this has rooted into the industry of today’s mass media is that there is no place for good news anymore, no place for balanced reporting, no time for in-depth discussions.

The refugees were reluctant to give any more interviews. They were losing hope that media would help them. Is that hope, however, feeding the stereotyped image of the superhero media which can save lives?

"The only answer is to further mobilize"

This brings us to a broader onthological problem of media. Can media fulfill its social role in the current state? The refugee media coverage has particular connotations in different European countries.

In Eastern Europe countries, it is often the lack of experience as a democratic State and being a destination for immigration which is highlighted. In Germany genuine discussions are not possible because the German society is so polarized and any talks have the echo of nazi propaganda. The answer to this is putting more reasonable voices on the arena.

The voices that could build fact-based and balanced stories and will not be driven by sensation, exclusive or revenues. As Jane Whyatt from ECPMF said, « the refugees are there to stay, it’s still a story, and it’s as wrong to ignore them as to put them on the front page with a sentimental picture ». It seems that there is no better place for quality journalism now than the refugee crisis.