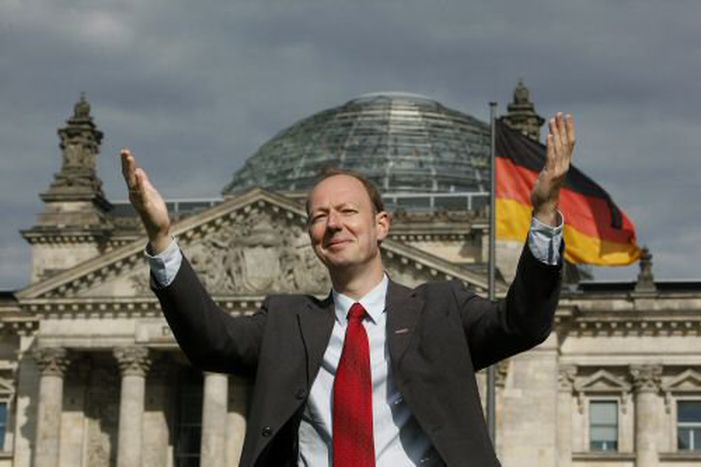 Martin Sonneborn won a seat in the European Parliament. In the following discussion, he compares his new job to the People's Parliament of the GDR, and speaks about parallels to Hitler and his rise to power.

Cafébabel: The self-proclaimed "biggest chairman of all time" now has a seat in the European Parliament. How's that going?

Martin Sonneborn: Actually really well. At the moment we're on summer recess. Laid-back periods in Brussels and Strasbourg like these are even more relaxed than in Berlin. It seems to be the perfect position for me to be able to prepare for retirement.

Cafébabel: What will you compaign for during your seat in the Parliament?

Sonneborn: I want to reinstate the European Cucumber Curve Act (No. 1677/88), which was done away with in 2009 - but this time for the export of weapons. We are, after all, the third largest weapons exporter in the world. If German weapons exporters had to ensure there was a two-centimetre curve on every ten centimetres of barrel, then the world would be a better place. 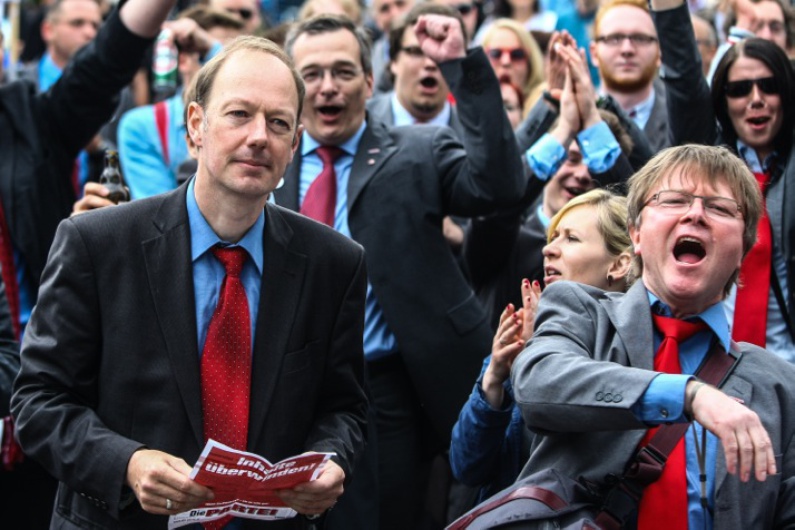 Cafébabel: Before the European Elections, you used the campaign slogan "Yes to Europe, no to Europe". Have you made up your mind in the meantime?

Sonneborn: No. That was the campaign promies that we propagated, because we wanted to make ourselves into the party of the 70 per cent that couldn't care less about the EU. We were elected for the statement "Yes to Europe, no to Europe". Now it's my job to try to make this a reality in the European Parliament.

Just like in the People's Parliament of the GDR

Cafébabel: The European Parliament doesn't seem to be entirely superfluous in light of the transatlantic trade agreement vote.

Sonneborn: The trade agreement is so brazen, that I wonder how it could have even been taken into consideration. But you overestimate my influence; I am, after all, only one of 751 delegates. But we acquiesce like the former Duma of the Soviet Union or the People's Parliament of the GDR.

Cafébabel: What exactly bothers you about the trade agreement?

Sonneborn: The trade agreement came into being for the sake of large companies and banks. Hardly anyone else will benefit from it. It's overestimated how many middle-class businesses it's intended to help, or which automakers will reap profits. It's an absurd agreement, precisely because it's being agreed upon behind closed doors. I think that simply because negotiations were taken up, there are some people who should be put against the wall. 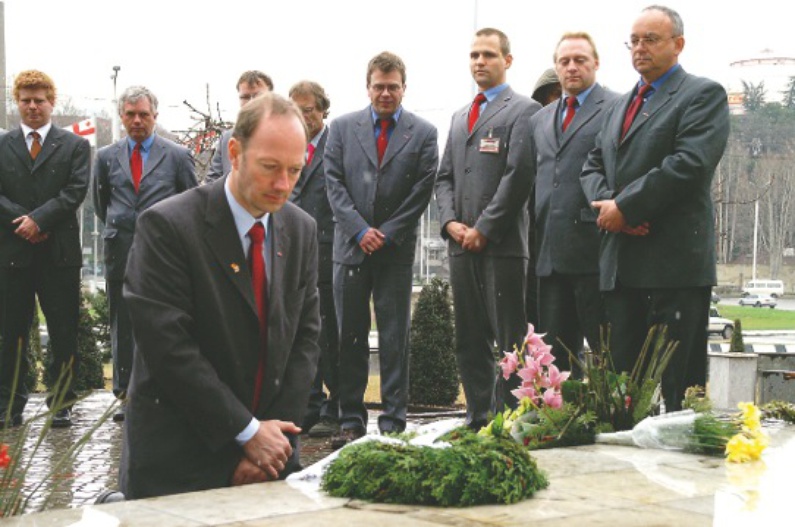 Cafébabel: You hold a seat in the European Parliament committee for relations with the Korean peninsula. What side of the peninsula do you think is more worth visiting?

Cafébabel: What message will you communicate in North Korea?

Sonneborn: That authoritarian systems get work done. In my party we're very much oriented toward the Führer principle of Kim Jong Un. I believe that much more can be achieved through this than through grassroots democracy. And I'm in good company: even the Hungarian head of state, Viktor Orbán, believes that democracy is a phase-out model.

Cafébabel: Who are your political allies?

Sonneborn: We'll take any party that, being a stirrup holder, has something to offer. When the large factions decide to make me speaker of parliament or Commission President, then I'll surely be ready.

Cafébabel: In the past you've described yourself as being the "German answer to Adolf Hitler", and have said that you've gleaned some things from Mubarak. What do you learn from these losers?

Sonneborn: What do you mean by losers? It was a long game with highs and lows that these two laid down. But concretely: the construction of the Autobahn and the Berlin Wall and show trials from Mubarak. I promised the Germans that we'd take Merkel to trial as soon as we come to power. She'll have to justify herself from a cage in the middle of an Olympian stadium for everything she has an hasn't done.

Cafébabel: But what has Merkel done?

Sonneborn: This question would take too long.

Sonneborn: I believe that there's a social redistribution in this country that's leading in the wrong direction, and which lies on the shoulders of Angela Merkel.

Walls are a "European project"

Cafébabel: But that's also got to do with the fact that the SPD isn't ready to look at alternatives on the left.

Sonneborn: You're not thinking of the former Social Democrats, are you? Because the SPD will also become a part of our faction once we come to power. 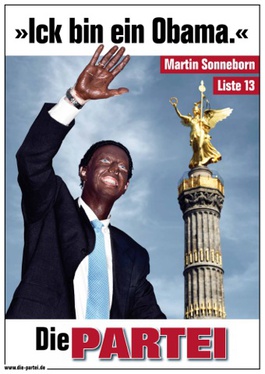 Cafébabel: You've wanted to build a wall around Switzerland. What has it done?

Sonneborn: That was an arugment used to garner sympathy from outside of Switzerland. Walls are a European project.

Cafébabel: Would you also advise the Italians to build a wall to protect themselves from the African refugees who flee via the Mediterranean?

Sonneborn: I would call for the construction of a wall above the Mezzogiorno. Doing so would get me a lot more support in Italy.

Cafébabel: During the European Elections you solicited with the phrase "Hands away from the German willie". Are you able to protect Germans from such an encroachment through your work in Brussels?

Sonneborn: I don't know if such encroachments are planned. We really just wanted to allude to the regulatory sovereignty of Brussels and archaic primordial fears to chase after votes. But should something begin to arise, then we'll naturally campaign for the German willie. To that I give you my word of honour. I repeat: my word of honour.