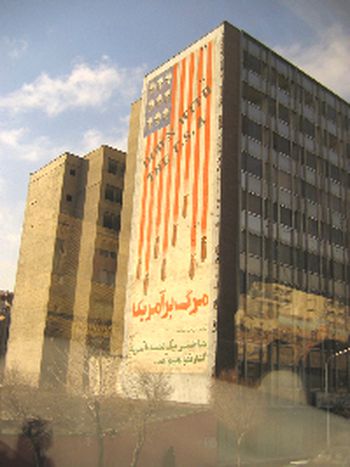 Mars and Venus in the same boat

Iran, a country that advocates the destruction of Israel and is voluntarily provocative and anti-American, is preparing to become a nuclear power. Despite this, a military strike against Iran is far from receiving unanimous support

From provocations to ultimatums, the Iranian crisis continues. Iran, under the rule of the populist Mahmoud Ahmadinejad, is accused of developing a secret nuclear programme which contravenes the Nuclear Non-Proliferation Treaty (NPT) that the country signed in 1970 but has yet to ratify. According to Robert Gallucci, dean of the School of Foreign Service at Georgetown, the nation will be in a position to produce nuclear weapons within “eight to ten years.”

It is the determination of the regime that particularly worries the West, anxious to put an end to the proliferation of weapons of mass destruction. The offer of technological collaboration launched by the troika of France, Germany and Great Britain has been rejected. Since the start of the crisis, Europeans have also multiplied their commercial and economic proposals to Iran, with the aim of prompting the country to abandon once and for all its nuclear ambitions and to suspend the process of uranium enrichment at its Isfahan plant. Confronted by Iran’s refusal, talks are now at a dead end. The European project of nuclear cooperation on civilian projects has failed to convince Iranian officials, who demand their sovereign right to technological advancement. Ahmadinejad does not hesitate to declare himself the representative of the oppressed, the defender of insubordination before the West, which he claims “wants to prevent other nations from reaching the peaks of science and technology.”

As Europe endeavours to bring Tehran back to the negotiating table, one cannot help but notice the failure of diplomatic efforts, and lament the ineffectiveness of the threat of sanctions, undermined by a permanent postponement of ultimatums and disagreement within the Security Council. Russia and China currently oppose the idea of potential sanctions.

The Bush administration has not ruled out armed intervention. The United States, like their ally Israel, also a nuclear power, will not accept Iran gaining access to nuclear weapons. Moreover, Vice-President Dick Cheney has warned of “serious consequences” should the situation deteriorate further. Since August 2005 however, the ultra neoconservative ‘Project for the New American Century’ (PNAC), one of Washington’s most influential think-tanks, has been cautious about the possibility of an American attack.

At the root of this change in tack are the difficulties that Anglo-American troops are experiencing in Iraq together with general instability in the Middle East. Al-Jazeera, the Qatar-based television station, has been quick to observe that Iran finds itself “in a far better position than that of the former Iraqi President Saddam Hussein and his government prior to the war,” due to the growing unpopularity of George W. Bush and Tony Blair in their respective countries. Furthermore, Iran has a significant military force, unlike Iraq, that would make invasion difficult. While Iran and Saddam’s Iraq might be superficially similar, both having a considerable Shiite majority, the comparison ends there. This is why America considers itself restricted to searching for a diplomatic consensus, for the moment. Now is certainly not the time for radical opinions that could tip an already fragile region into chaos. During a meeting with Angela Merkel last May, George W. Bush also stated that his government was aiming for “a diplomatic solution” to the crisis.

The union grows in strength

The emphasis being placed on a renewal of the ‘soft power’ theory depends on symbolic decisions, following the example of the recent reopening of diplomatic relations between the United States and Libya. On this subject, Condoleeza Rice declared that it was “an important model. Nations around the world should demand a change in attitude on the part of the Iranian and North Korean regimes.” Washington therefore supports Europe’s efforts at mediation. Europe itself it fearful of missiles potentially landing on the Iranian gas reserves on which it relies.

Western interests are converging. The Bush administration is trying to rectify its past mistakes and to demonstrate that lessons have been learnt by the disaster that is Iraq. Europe stands as principal negotiator and in so doing gains both assurance and unity. Faced with the urgency of the problem, the United States and the European Union have no choice but to act hand in hand… To not tackle the issue in some way would be to ridicule the dominance of the world’s superpower and to open the gates to other illegal programmes all over the globe. The West prepares to walk the trapeze. On both sides, a great fall.