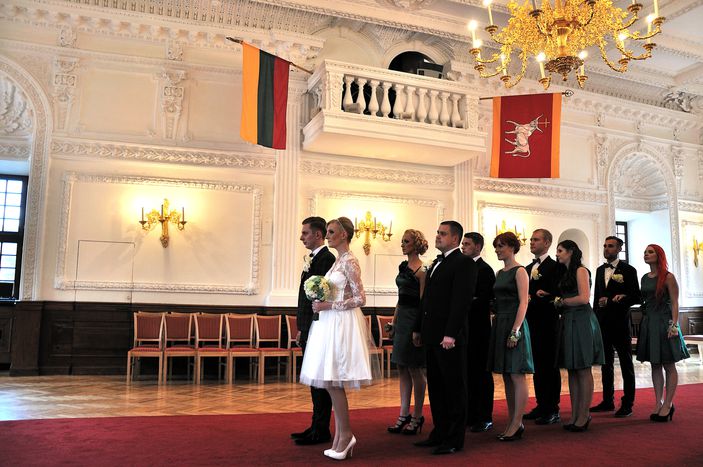 Lithuania is resisting the rising unpopularity of marriage a bit more compared to other countries in Europe. A tenacity that has been carefully held by the quite influential church who suffers at the idea of sacrificing its main institution on the altar of 'new social tendencies'. An interview between Vilnius, Kaunas and an imbroglio of rebellious weddings.

Kęstutis Ignatavicius is happy. Constricted in a slim-fitting blazer, the quinquagenarian shows a happy smile by proudly brandishing a handmade sceptre, which, according to legend, calls the shots for married couples in Kaunas. "The more the bride rings the bell of sceptre, the more kids she will have," he points out, in a pleased way. Kestutis crafted the object himself. Like he 'created' more or less half of all the couples in the city. It has been 22 years since this man has been working as master of ceremonies. Anyhow, Mr. Ignatavicius has married the present mayor of Kaunas, certain famous basketball players and a large number of locally-elected members.

Married at all cost

This September, a summer sun irradiates the second biggest city of the country and for once, Kęstutis has decided to attend the festivities without presiding over them. It can be clearly seen that even today, 24 new couples, who were already founded by the municipality, will be registered before the end of the day. Presented like a tasting menu, the programme includes marriage ceremonies every 10 minutes, while the birth dates of the future married couples ranges throughout the 1990s, without exception. Since 10 o'clock in the morning, the future married couples enter the reception room, exchange three sentences with the mistress of ceremony, sign the papers and finally leave the room in front of another couple which is already waiting for their turn. It takes only three minutes. They are usually not more than 10 people who leave the building afterwards. Outside, some onlookers watch them get into a hired limousine, along with some applause but without any confetti. If Kęstutis doesn't wince at the surrounding banality, he pulls a face when asked to confirm the impression that the city marries young couples on an assembly line. "In 1990, I was celebrating 5000 (marriage) unions, while in 2013 we had only 2000." 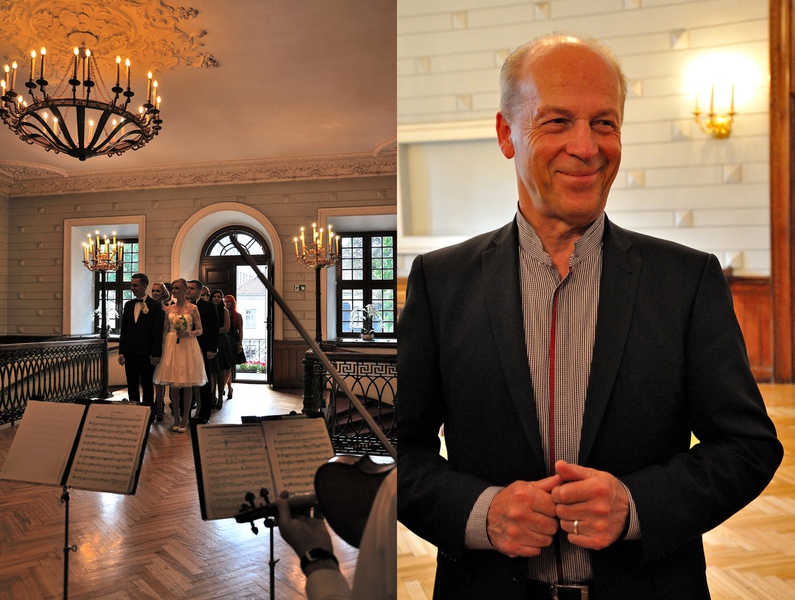 Like in most of the European countries, 'institution' isn't praised anymore among the young Lithuanians. In 2014, the number of the married couples has decreased less strongly than in other EU countries, but however, one marriage out of two has ended in divorce. In 2011, it is estimated that 30% of babies are born out of wedlock. A trend that sums up the ordinary, if we consider the latest aspirations of a new generation who resists setting up a household. Nevertheless, in Lithuania, the spirit of the time is felt less than elsewhere. The Parliament has twice attempted to modify Article 38 of the Constitution which defines what constitutes a family. The aim? To make marriage the only legal foundation of the family. In 2008, the Constitutional Court threw out the proposal due to a lack of support; in 2012, the text forwarded by the Conservatives had the official ambition of "creating much more love between the citizens by totally rejecting any kind of ideological tendencies". "A Taliban-like law," said a social-democrat deputy at the time, who feels rather worried about the future of single citizens and adopted children. The Seimas, the Supreme Legislative Authority of the country, is not the only one who promoted the marriage. In the spring of 2012, the Ministry of Labour and Social Protection launched an extensive radio campaign with the aim to 'repopulate Lithuania', due to a strong fall in the birth rate as well as significant emigration. The media does the rest by broadcasting the cheerful faces of the stars - all newly married - during the TV news.

"Lithuania is a religious country"

Even if the quarrel within the media continues at full capacity, the Church remains the main organiser of everything. In a country where 80% of the population consider themselves Catholic, it isn't uncommon to see some priests attempt to ensure that the current affairs turn out well. Marija Aušriné Pavilioniené knows something about this. In 2004, the political baptism of this old literature professor embodied only one wish: to denounce the collusions between the Church and the Lithuanian state. Presently, after a decade of wearing a cross, the deputy asks beforehand whether the interviewer believes in God and sighs again when it is time to talk about the subject. "The situation is worse than it was 10 years ago. The question of the family isn't debated in Parliament anymore, but constantly postponed by almost all parliamentary groups, including my group," she says, while dog-earing the pages of the file. In 2012, they were only a handful of people who demonstrated in front of the Seimas on the eve of the decisive vote concerning the ratification of the famous Article 38 of the Constitution. In her parliamentary office in Vilnius, the social democrat deputy exhales with every new question, usually finding answers within the eyes of her interviewer and she finishes by expressing that, in fact, "Lithuania is a religious state". Her assistants are preparing hundreds of pages which prove the relations between the Vatican and the Lithuanian Republic concerning education, culture, the army or the government… Regarding the execution of the laws, the deputy uses however the conditional tense : "there may be an influence". As a committed atheist, Marija only believes in what she sees: the deputies who pray, the priest who is participating in the parliamentary tasks and her name, which had been put on the gates of churches with the notification 'Don't vote for her'. 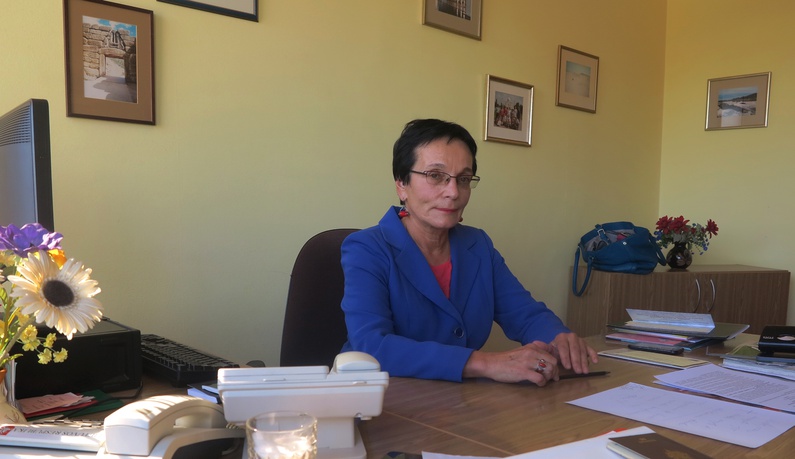 In Kaunas, the programmes supported by the Church for helping young people to 'see things more clearly' are rather friendly. In the Centre of the assistance for preparation for the family, on a coffee table, three coffee mugs and two leaflets are waiting for guests. Caught between a cactus and a replica of Christ, Giédré, the co-director of the centre, shows an eternal smile. The official message of the institution is not so different than the one of the government. Here, every year, a hundred young couples participate in the programme so they "can learn to love and to preserve this love". At one point financed by Caritas and forever blessed by the Vatican, the centre in Kaunas is one of the 50 centres in Lithuania that were built and financed by the Church during the decade which followed the independence of the country. In concrete terms, the couples prepare for marriage and for life as a married couple through group workshops, but especially via an 'engagement (exercise) book' that includes 83 pages of various exercises about their perception of their future life together. 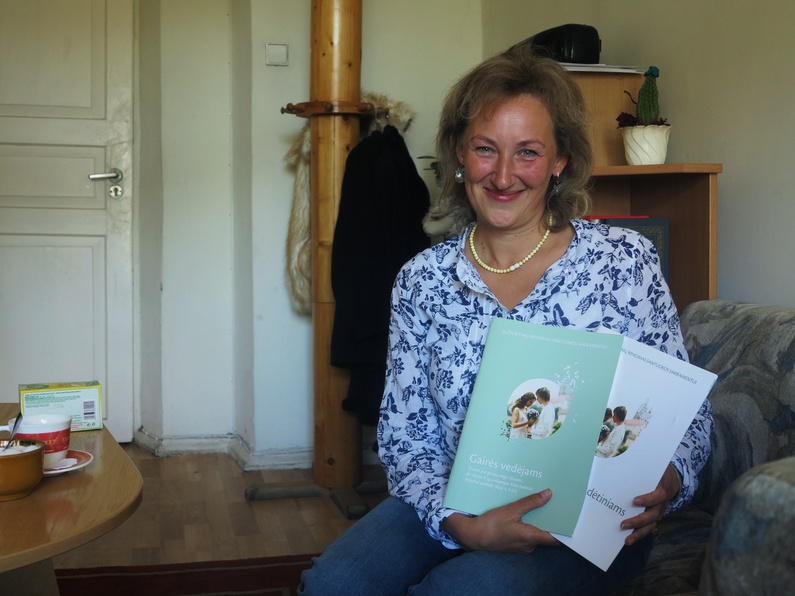 Mindaugas, 23-years-old, has followed the preparation for his marriage for a year. Today, he has become one of the programme's tutors and just proposed to his girlfriend. Along with Migle, they explain calmly that the centre has let them "find love within a sacred union". For them, this love is "a choice" and, formulated as a marriage proposal, "a person becomes responsible in front of his/her family, friends and God". For Marija Pavilioniené, these are the sentences that were learned by heart, a symbol of "the indoctrination and the omniscience" of a religious institution which is worried about the idea of sacrificing its solemn act - the marriage - on the altar of the latest social tendencies.

In any case, the close relationship between the Church and the young generation has faced another disappointment. Today, very few couples have come to ring the bells of Kęstutis, preferring to run 200 metres away, towards the church where the people already stand in a queue. 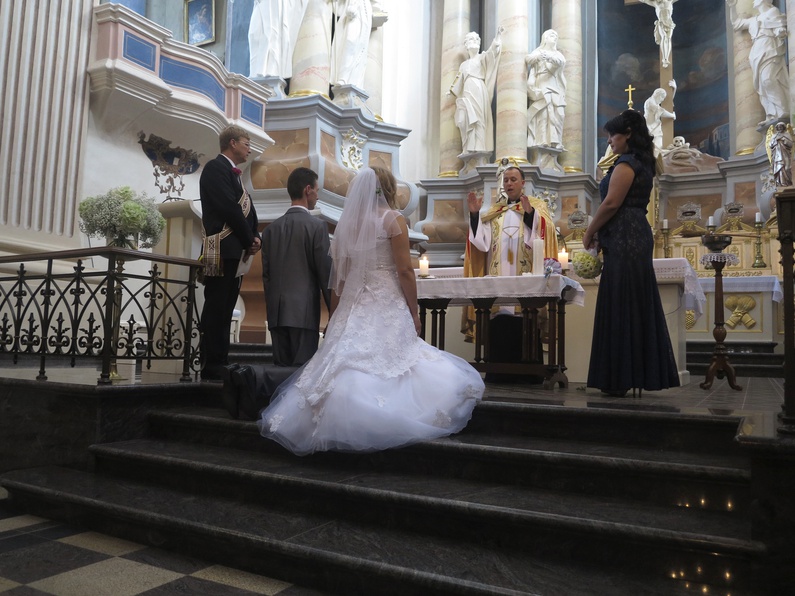 Reporting, except the comments, by Matthieu Amaré and Vaida Ražaitytė, in Vilnius and Kaunas.

This ar­ticle is a part of a special edition dedicated to Kaunas and completed within the framework of the EU-in-Mo­tion project that is launched by ca­fé­ba­bel with the support of European Parliament and Hippocrene Foundation. All the articles coming soon to the front cover of the magazine.