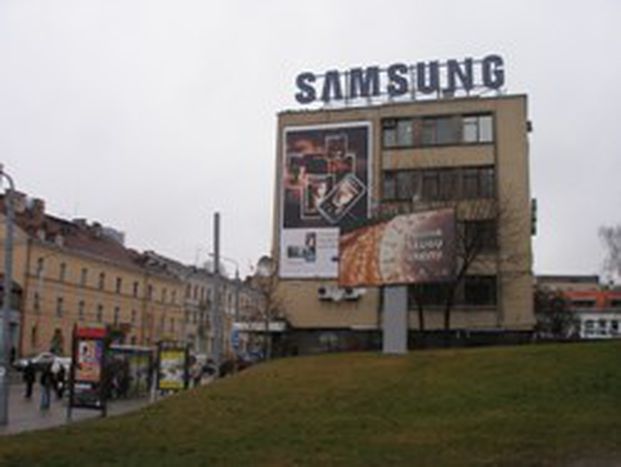 From the beginning of the New Year in San Paulo, the fourth most populated city in the world, the municipal authorities are dismantling all public advertisement screens and panels. This is the unprecedented war against „visual pollution“. I cannot but wonder about this outbreak of political will in Latin America, therefore I decided to take a better look at the situation in Lithuanian capital.

They say that Vilnius is one of the better examples in Eastern Europe where public advertisement is rigorously controlled. We must admit that due to municipal legislation Vilnius old town is not polluted by visual advertisement. According to these legal acts introduced in 2003, the city is divided into four regions with variable advertisement restrictions. 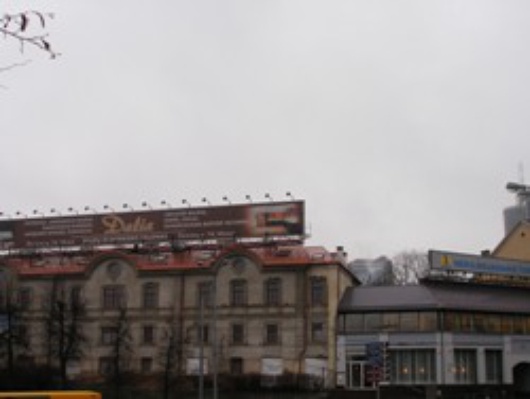 Even though the old town looks clean as soon as one passes to the other zone just across the bridge, the advertisement chaos begins as advertisement banners pile on top of each other.

I will not elaborate on philosophical contemplations of marketing and will limit my remarks only on several new and dangerous advertisement examples that are threatening the city.

Most of us have noticed the sound of speakers near newly opened and "prestigious" shopping center "Gedimino 9", as they loudly invite the "right" people to the "right" place. The impossibility to communicate while walking by has become the new cultural attribute of the area. The fact that the new revolutionary municipal authorities have not taken any measures proves that some businessmen can do anything they please. It is true that recently these speakers disappeared, most probably because of the bad weather. Or maybe some unhappy citizen broke them? 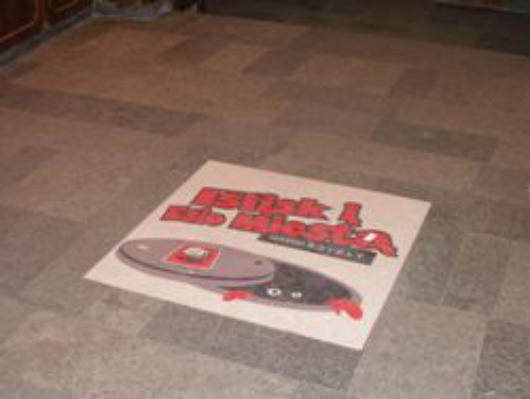 The other big problem is the advertisement in educational facilities. Just a decade ago such issues were mentioned only in anecdotes as the peculiarities of capitalist countries, however now they are common in many schools and dormitories across Vilnius as the flyers are now replaced by solid advertisement graffiti’s and other means like „Ezys lifts“  (advertisements made like wallpapers and sticked up in lifts).

Of course this is not Latin America and marketing will not be outlawed. However, the discussion about the visual advertisement and its benefits to every citizen is still necessary. Such discussion should be public and not go on behind the closed doors as it happens in most cases. 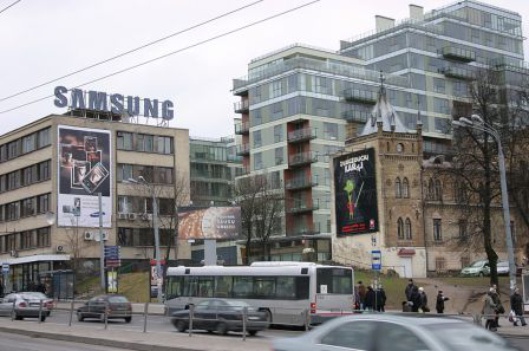