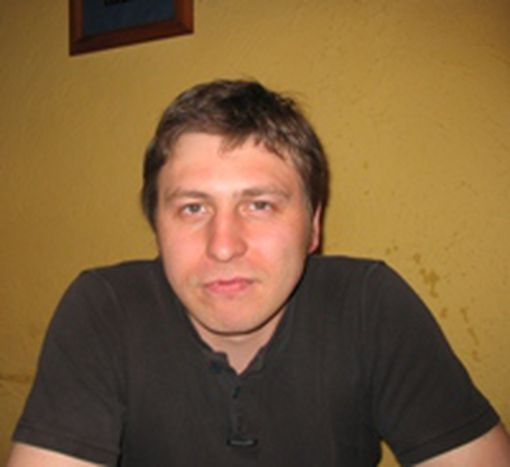 33 year-old Marius Ivaskevicius is a poet, playwright and director who explores the complexity and melancholy of the Slavic soul. His works are at once tender and humourous

I meet Marius Ivaskevicius late one spring afternoon on Bracka Street, behind Krakow’s main square. The Lithuanian artist has come to visit neighbouring Poland for a literary festival, ‘Vanishing Europe’.

Somewhat nostaligically he has come to discuss abandoned, forgotten or redundant places with other European artists. A well-built man, dressed in jeans and a simple black t-shirt, Ivaskevicius has a forceful look, sometimes belied by a shy smile.

“Why did I end up here? I really liked the idea of this festival,” he tells me simply. He reflects for a minute, his gaze sweeping the walls of the café with a dreamy expression. Then he goes on, “research work, particularly when it’s related to culture, gives me a lot of pleasure. Participating in this festival is enables me to study my life. My grandparents used to live not far from here and I used to visit them during the holidays. So the key moments of my childhood took place here”. Then he recalls the train station in Wierzbowa in the north of his home county, “a symbol of the riches and luxury of Tsarist Russia. I saw the way in which history beat down this symbol of tsarist Russia, how it slowly disintegrated.”

Marius Ivaskevicius was born in 1973 and lives in Vilnius. He is a poet, playwright and director. He worked with one of his country’s most prestigious newspapers, Respublika, right after graduating from his language and literature studies and devoted himself to writing and cinema. Currently he presents a culture programme, “Cultural Trap”, on Lithuanian television. He has also published collections of short stories ‘Kan Vaiks’ [Children, Why have them?], 1996, novels, ‘Istorija nuo debesies’ [The cloud’s story], 1998, ‘The Greens’, 2002, and a dramatic trilogy, ‘The Neighbour’, 2002.

This career is clearly eclectic but leaves me none the wiser about Marius Ivaskevicius’ personality. Who is he really? The man himself doesn’t reply immediately. He seems to fear opening up and being pigeon-holed. “My life is what I retain in my memory” he says with reserve. Then he adds, “These memories shape our soul”.

When I address the universality of language, I see a look of polite disagreement spread across Ivaskevicius’ face. “Every author has their own particular identity, created by the place they grew up, the specific context in which their work was born. All that is not easy to hand over,” he replies strongly. He sees a clear East-West divide emerging in European works. “A different way of thinking necessarily implies a different way of writing. Eastern literature is more metaphoric and has more symbols. Artists don’t know how to communicate directly so they encode their message.”

To illustrate his argument, Ivaskevicius cites Fyodor Dostoevsky and Anton Chekhov. For him this metaphorical writing style is an asset. “it’s very chic,” he says with satisfaction. Western books are “too real” in his opinion.

Ivaskevicius reacts strongly to the question of European identity. “A strong European identity is impossible. You must firstly shed your current identity before adopting a new one,” he says. “But that isn’t so easy given every man is deeply rooted in where he grew up.” Ivaskevicius believes that “the idea of a common Europe is right,” before adding qualifying this statement; “at least a Europe that respects democracy, human rights and individuals. Nothing more”.

Back to ones roots

Today the continent is no longer arbitrarily divided by an iron curtain and artists and writers are starting, gradually, to mix and influence each other. “It’s a very positive phenomenon. Finally authors from the East will be able to learn from their colleagues. How to write good stories for example, since we are still far from that,” says Ivaskevicius happily, smiling faintly.

In his opinion transnational festivals in the spirit of ‘Vanishing Europe’ improve modern European literature, set new challenges and present a different world view. The exploration of forgotten and lost places in Europe is certainly a source of inspiration for the new generations. Ivaskevicius speaks optimistically about this; « the more young people understand to their roots, their past, the better they will be.”