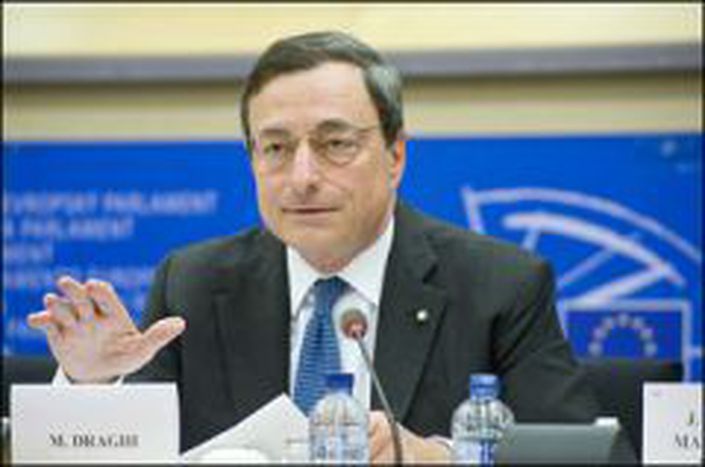 Mario Draghi, the OMT and the European Crisis

By Carlo Peano In his speech of September 6th, Mario Draghi, president of the European Central Bank, explained the details of the Outright Monetary Transactions (OMT). Cafebabel Brussels wonders if the ECB and Mario Draghi really saved the Euro that day.

If we observe the state of the EU before 2010, we see that the present European crisis has its roots in a failure of EU institutional design. The Economic and Monetary Union (EMU) that Europe adopted in the ‘90s implied an extensive monetary union, but . There was no fiscal union, no banking union, no shared economic governance institutions, and no meaningful coordination of structural economic policies. The European leaders at the time assumed that economic union would inexorably follow a monetary one. Unfortunately, to create an economic union during the years of expansion did not move the Eurozone towards that goal.

not an economic onethe lack of pressure

Everything changed with the crisis. For the last few years, Eurozone countries have created a host of new institutions, built a substantial financial firewall to prevent debt problems from spreading, and are now on the way to creating a bank union and a partial fiscal one. is one of the architects of this evolution. Little by little, he has taken the ECB, an institution charged with keeping inflation under control, and he has changed it in a prepared to do everything to preserve the Euro. “” he said. He also conditioned the unlimited purchases of sovereign bonds on tough fiscal adjustment programs. This condition involves criteria and judgments that a political institution should provide, not the ECB. On the other hand, national and regional interests are slowing political initiative at a time when we need .

It is too early to say if Mario Draghi has saved the Euro, but we have already seen the results of his speech. We can say that what Draghi said was the strong answer that the financial markets were waiting for. We can also affirm that the unlimited purchase of is an . The Outright Monetary Transactions needs the full support of European leaders, otherwise the OMT will not be enough. of October 18 and 19 will be a good moment to show a strong political commitment for saving the Euro, as Draghi did in September.

bondsimportant step for getting out of this crisisThe European Council Summit