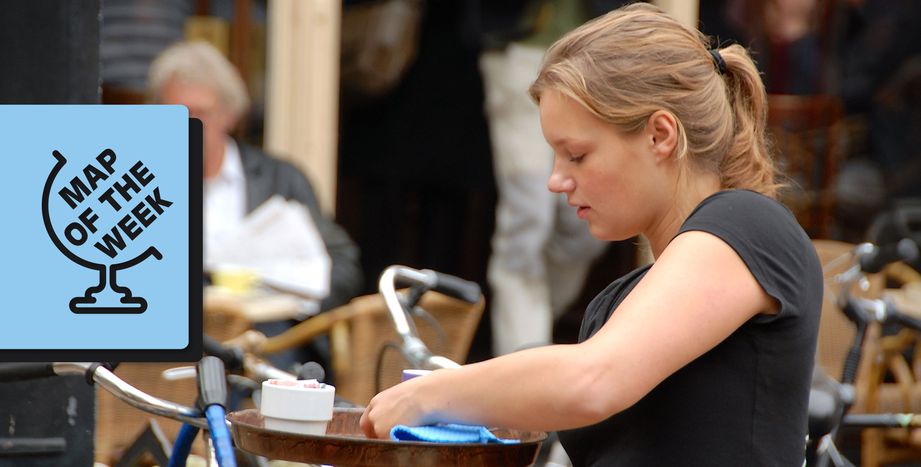 Map of the week: The gender pay gap in Europe

While continuing to fight for gender equality, women in the European Union earn on average 16.1% less than men for each hour's work. Although the pay gap between men and women may be shrinking, at this rate it will take 118 years for the gap to finally close.

It seems clear that we still have a long way to go in terms of achieving gender equality in Europe. Among the figures that show how, in various aspects of daily life, women start out in a disadvantage position, one in particular grabs our attention. In the European Union, women earn on average 16.1% less per hour's work than men in the same employment.

This figure can be partly explained by the large number of women in unskilled, low-paid positions, but equally by the lack of women holding senior management roles. Even though European equality law recommends that 40% of women should hold board-member positions, in Spain barely 20% of IBEX35 company directors are female. Across Europe, Norway is the only country to comply with the recommended legal percentage.

The European country currently leading this deplorable ranking is Estonia, with a gender gap of more than 28%, followed by Austria (23%), the Czech Republic (22%) and Germany (21,6%).

On the other end of the ranking we find Poland (7,7%), Italy (6,5%), Malta (4,5%) and Slovenia (3%). Nevertheless, in some of these countries the figures are misleading: low percentages can be explained by the poor integration of women in the labour market.

Another figure to keep in mind, published by the World Economic Forum, is that this could mean that it takes 118 more years for men and women to receive equal pay. 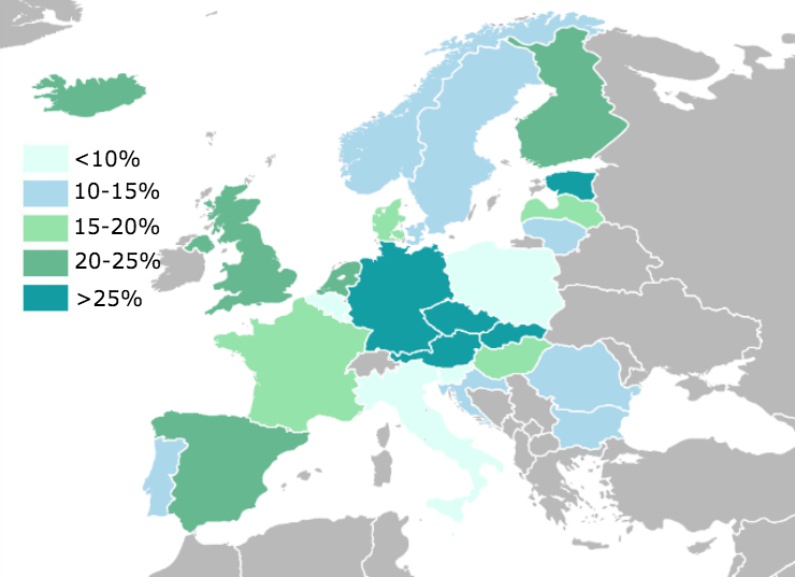