Map of the Week: The biggest wine consumers in Europe

Where in Europe do people drink the most wine? Spoiler alert: it isn't France. Or Portugal. Or Italy.

The country with the highest wine consumption in Europe is the Vatican. According to the Wine Institute data, each resident of this tiny state drinks between 60 and 70 litres of Dionysus' beloved beverage a year.

France – unsurprisingly – comes second, with an average of 44 litres of wine per capita a year. Then we have Slovenia (43 litres per capita), Croatia (42 litres) and Macedonia (40 litres). According to the ranking, an average Pole doesn't consume even half a litre of wine in one year.

Does the altar wine bump up Vatican's statistics? It’s rather a matter of demographics. The majority of the 921 residents of the world's tiniest and most densely populated country are priests and nuns. It’s not unusual for them to take part in big, shared meals, where wine is generously poured. L’Annona, a Vatican supermarket, is also famous for its wine sales – the supermarket's 5,000 employees can buy alcohol there without paying any tax. 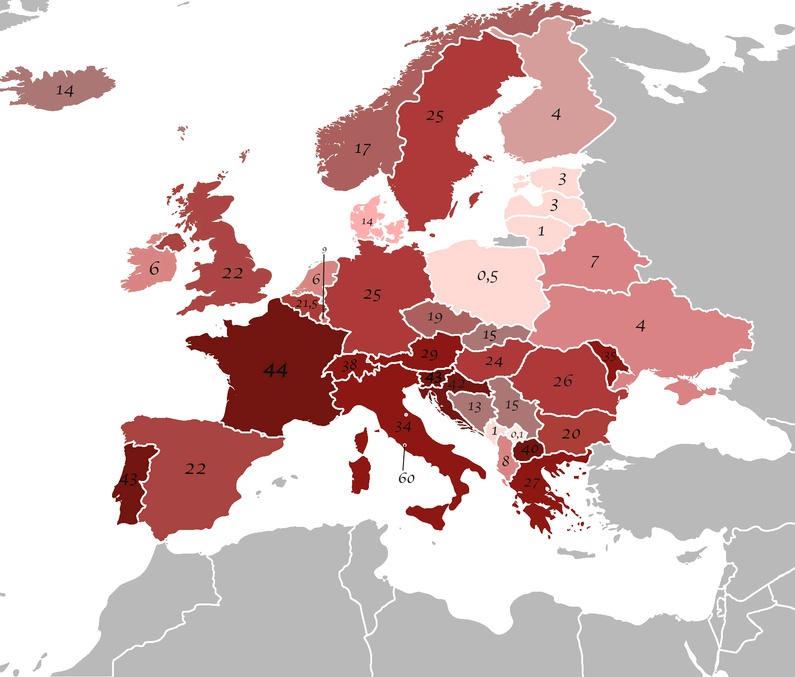