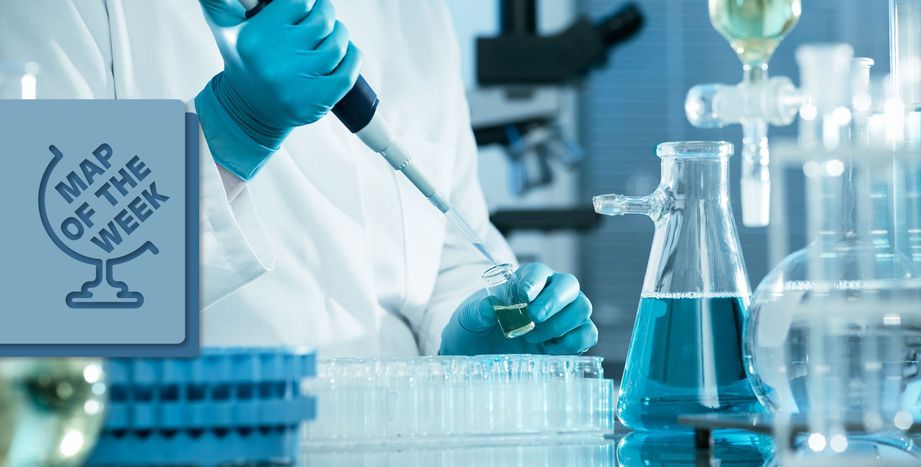 Map of the week: Research across the continent

The European Research Council had announced the winners of the Consolidator Grant Competition 2015: 302 researchers working in Europe coming from 34 countries around the world. With the help of a snazzy animated map, we’ve tried to find our more about the nationalities of these academics – and discovered how different European countries fare in the rankings.

585 million euros in research grants are destined to be distributed to 302 researchers working throughout Europe, all thanks to the Consolidator Grant Competition 2015. The European Research Council (ERC) is giving a helping hand to those researchers who excel in their academic fields: across the physical, biological and social sciences.

Each winner could benefit from a sum of up to 2 millions euros to consolidate their team and develop innovative projects: to name just one example, there's a method of controlling the mosquitos that carry the Zika virus.

In the latest edition of the competition, Germany has the most researchers represented having been awarded 48 grants, followed by Britain (32), France (30), Italy (30) and the Netherlands (20). 30 out of the 302 selections originate from countries outside of Europe.

However, if we look at the countries that accommodate the largest number of winning researchers within their scientific institutions, the classification turns on its head: Britain “attracts” 67 awardees, from a plethora of different nationalities. Germany hosts 45, followed by France with 31. Based on this approach, Italy only counts 13 researchers working within their own institutions.

This highlights the fact that only 40% of the best Italian researchers as selected by the ERC have developed their projects within the country itself, compared to 64% of German researchers and 76% of French researchers.

In blue (Map No. 1): number of grants per country based on the nationality the researcher

In green (Map No. 2): number of grants per country based on the HQ of the research institution

The ERC is a European Union body that since 2007 has had the mission of financing research and attracting the brightest and best minds to Europe. The team that attributes the Consolidator Grant is aimed at researchers of any age or nationality, who have between 7 and 12 years of experience and who seek to develop a project within a public or private institution operating within the EU or associated countries.