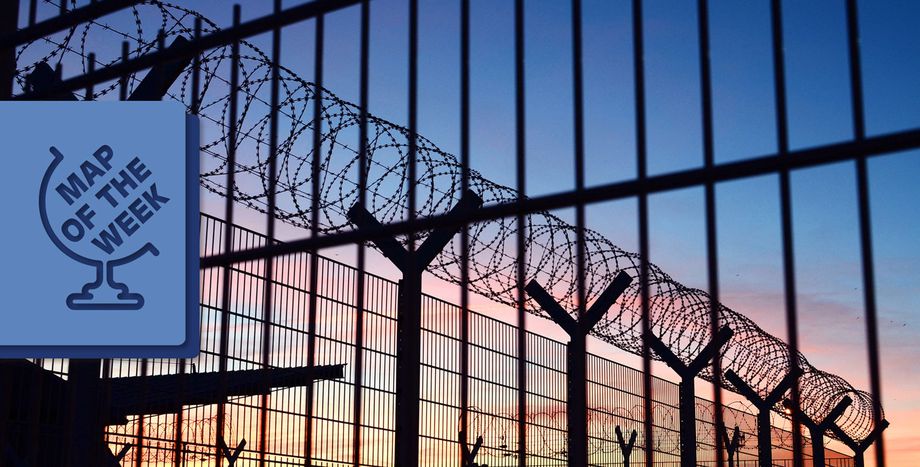 Map of the week: Refugees welcome?

As the shock of the initial impact of the ongoing refugee crisis begins to dwindle, now is the time for analysis. A new French study shows the willingness of European citizens to accept asylum seekers into their countries. Cafébabel provides an overview for its readers.

The broad overview of a new study carried out in seven countries of the European Union and published recently by the IFOP Institute, Europeans' readiness to welcome refugees depends largely on the economic situation in their country. However, the results show certain nuances that are worth highlighting.

Germany appears to top the list, with 79% of its population willing to open their borders to asylum seekers reaching European shores. The study highlights a “Merkel effect”; a phenomenon which seems to show that citizens trust in their Chancellor's decision to openly welcome refugees. It must however be noted that the “opening of borders” which Merkel announced in September did not last, and in recent weeks Germany has tightened its conditions for accepting refugees.

Only two percentage points behind is Italy, the country which, together with Greece, has assumed the bulk of the influx of refugees crossing the Mediterranean. According to the figures, 77% of Italians are in favor of hosting refugees. Although it is true that, according to this same study, in October the German predisposition to accept refugees fell to 75%, which would have placed the Italians at the head of the pack. Spain ranks third in the list with 67% of Spaniards willing to accommodate refugees in their country, and fourth is Denmark, with 57%.

The remaining countries that have participated in the study are all below 50%, with less than half of their populations prepared to see their countries accept asylum seekers. The last in the list, with just shy of 44%, is the United Kingdom, whose Prime Minister, David Cameron, has repeated on several occasions that Britain should not accept more refugees. Similarly lacking in enthusiasm are the Netherlands, with 48%, and France with 46%.

It should be noted that this study also differentiates between respondents who define themselves as right-wing voters (generally more skeptical to the acceptance of refugees) or left-wing voters (generally more willing to offer asylum). It also takes into consideration whether or not those polled believe that accepting more refugees will act as a "call effect" encouraging further migration to the country. Once again the French, Dutch and British are the ones who believe it will. 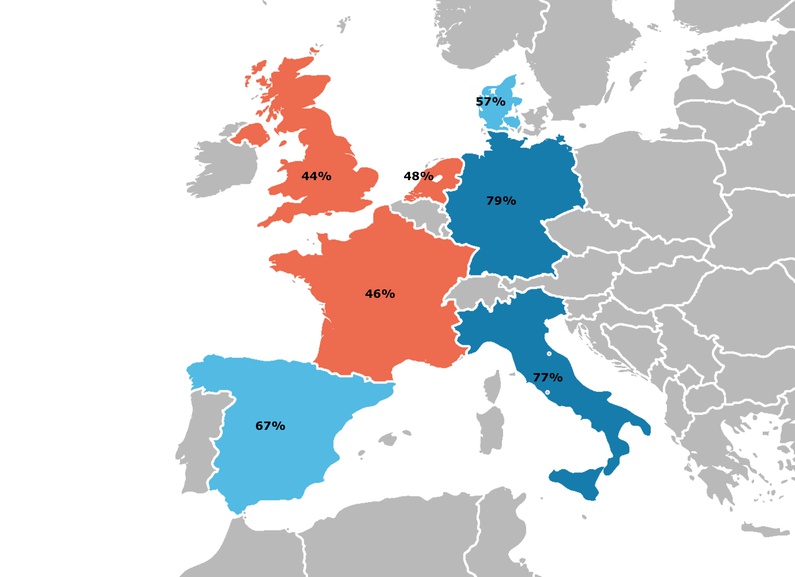 For further information, you can follow this link to see where refugees are coming from, how the flows between countries are manifesting, and how many asylum seekers there are in each country. A word of advice? Don't miss the comparison at the bottom of the page which compares the scale of the crisis in Europe to other regions, using football pitches as a measure.