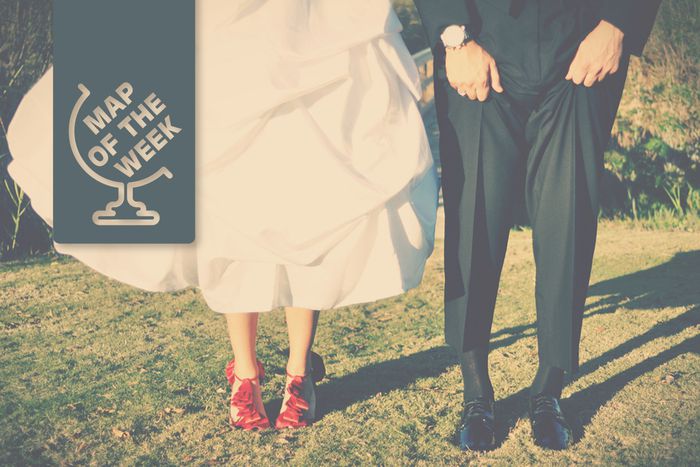 Map of the week: Marriage and young Europeans

It's a fact: marriage no longer excites most young Europeans. But while just over 10% say yes to this union, others are choosing different ways to celebrate life together. Love from our Map of the Week:

It's no secret: in Europe, marriage is an institution that is becoming less and less attractive to Europe's youth. In 2013, only 11% of those aged 16 to 29, across all 28 member states, were married. Obviously, the percentages vary depending on how much sympathy each individual country has to this sacred union. It is in Poland, an eminently Catholic country, where youngsters marry the most. At the other extreme, Hungarians and Icelanders are clearly the least likely to accept the premise of "'Til death do us part."

Furthermore, young Europeans are also marrying increasingly later. Living abroad, money, Tinder, or even laziness are potential reasons repress the average age of first marriage at 28 years for women and 32 years for men. In 1992, young Europeans were marrying on average five years earlier.

But do not think that love is dying. If the popularity of marriage is suffering because of its solemnity, civil unions are increasingly popular among young Europeans. In 2013, almost 25% of young people who commit without much fanfare. And as often when it comes to new social trends, it's the Nordic countries that best embody the phenomenon. The Icelanders, Norwegians, and the Finns especially, are proving that life together is cool but it doesn't have to be serious. 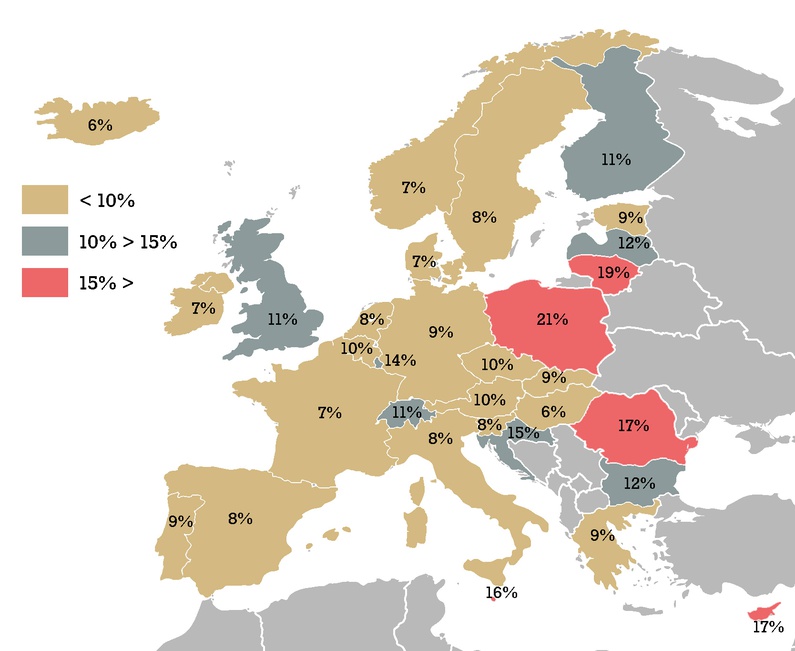