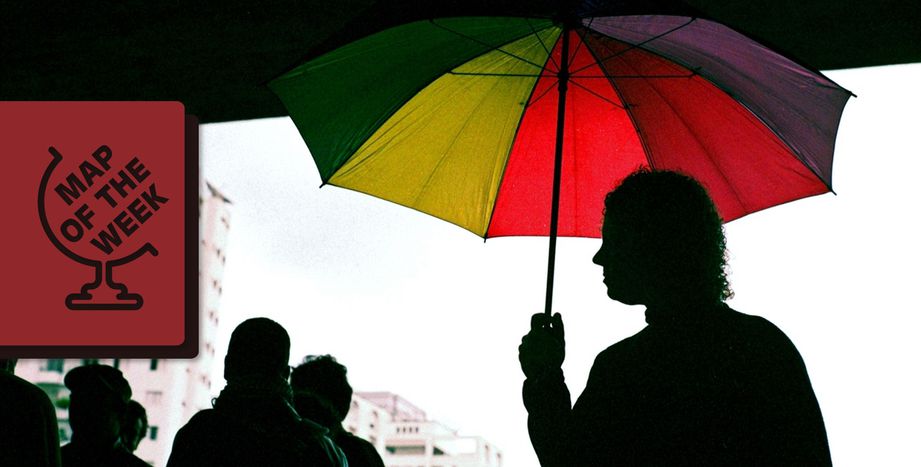 Map of the Week: LGBT rights in Europe

LGBT people are still subject to discrimination and harassment in many European countries. The virtual platform Rainbow Europe offers legal, political and social information on the situation of LGBT rights across Europe. Is the Old Continent as tolerant as it thinks it is?

Today, although society has progressed in some respects, people in same-sex relationships, or who do not identity with the gender they were assigned at birth, are still subject to rejection, violence and hatred in many areas of Europe.

The ILGA Europe association works to raise awareness of the situation of how the LGBT (Lesbian, gay, bisexual and transgender) community remains stigmatised and stereotyped. The Rainbow Europe tool indicates the countries that are most tolerant of the rights of these communities – and those that are not – according to a series of indicators including access to employment, public opinion, participation in political life and the legal recognition of marriage.

The study ranks 49 European countries according to their level of tolerance and assigns them a percentage: 0% means that country's LGBT rights are totally absent, while 100% indicated the best possible result – an egalitarian society where all citizens are completely free to live their lives as they wish.

So far, that figure hasn't been obtained. According to this data, the most respectful country is Malta, at the head of the list with 87% – a country that only approved same-sex marriages two years ago. They are followed by Belgium (81%), the UK (81%), Denmark (70%) and Spain (70%). In the latter case, a rise in homophobic aggression has been registered over the last few months, according to ElDiario.es.

Occupying the middle ground, we find the Balkan countries, Central Europe, Estonia (36%) and Switzerland (33%) – perhaps paradoxically, as the latter has been referred to as the most developed country in the world. The worst results come from Azerbaijan (5%) – at the very bottom of the ranking – Russia (6%), Turkey (8%) and Monaco (10%), where same-sex marriages are not permitted by law, as is true in Italy (19%). In Poland (18%), no civil unions are recognised.

The final EU country? Latvia (17%). Aside from having divided public opinion on the matter, the country was the first and only post-Soviet state to welcome EuroPride, in 2015. 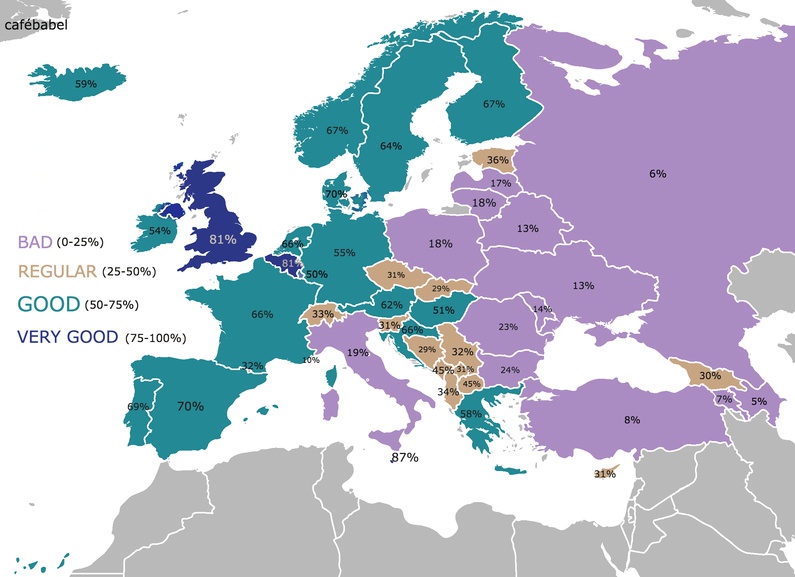