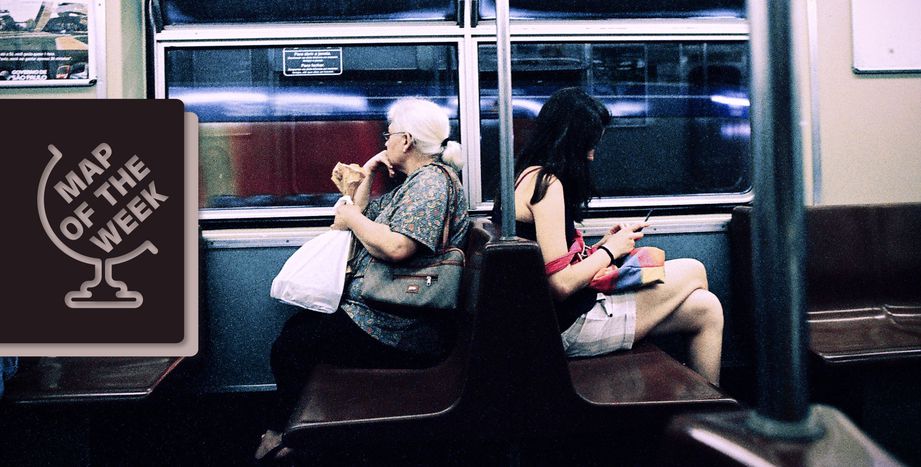 Map of the week: Generation Eurosceptic?

Young people on the Old Continent still have a positive view of the EU, according to a study published last week by the Pew Research Centre. Unfortunately, the same can't be said of their grandparents.

If Great Britain decides to turn its back on the European Union in this Thursday's referendum, there will be serious consequences for young people in the country. Secretary of State for Education Nicky Morgan, who in March called on all those eligible to vote to choose "internationalism over isolation" on the 23rd of June, echoed this concern. Should parents and grandparents decide to vote for Brexit, Morgan warns, they would be putting the future of their children, and grandchildren, in jeopardy. Even David Beckham has agreed, announcing that he's backing Remain, "For the future of our children."

In a recent Spring 2016 study titled Euroscepticism beyond Brexit, conducted by US organisation the Pew Research Centre, young people between the ages of 18 and 34 are on average more favourable towards the Union than older generations aged 50 plus. The survey interviewed 1,000 people from ten EU countries, over the phone.

There is a stark generation gap in the EU debate, but nowhere is it more pronounced than in France, where there is a staggering 25% gap between the number of older people who feel favourable towards the EU and those young people who share the same sentiment. Similar trends can be seen across Europe. There's a 19% gap in Great Britain, 16% in the Netherlands, 14% in Poland and Germany, and 13% in Greece.

Unfortunately, it's the older generations who are much more likely to vote tomorrow (about 80% are predicted to go to the polls), compared with a mere 50% of under 35s, who are thought to be casting their ballot.

Translated from Map of the week: Generation euroskeptisch?