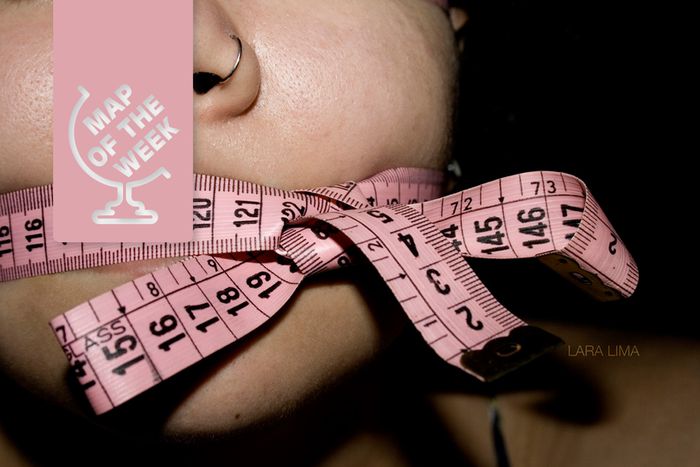 Map of the week: Europe and obesity

Just because it's a Monday, we're giving you the bad news early, so you (try to) can enjoy the rest of your week: worldwide obesity has more than doubled since 1980. Though this was once a high-income country problem, it isn't anymore. Now overweight and obesity are linked to more deaths worldwide than underweight. Here's what obesity looks like in Europe:

Obesity isn't a body-shaming issue but a health one. The World Health Organisation (WHO) defines it as having a body mass index (BMI) of "greater than or equal to 30." In Europe, Moldova comes out on  top, with only 14.7% of the adult population considered obese. Despite this, the life expectancy in Moldova is 66 for men and 75 for women - obesity doesn't tell the whole story.

What about those cycle-obsessed nations, like the Netherlands and the Nordic countries? Adult obesity in the Orange nation is at 19.9%, while it's at 19.4% in Denmark and only marginally higher in Sweden (20.5%). And, perhaps all those stereotypes of hearty but ultimately unhealthy British food are one possible reason for an UK obesity rate of 28.1%, with only Turkey having a higher rate (29.4%). 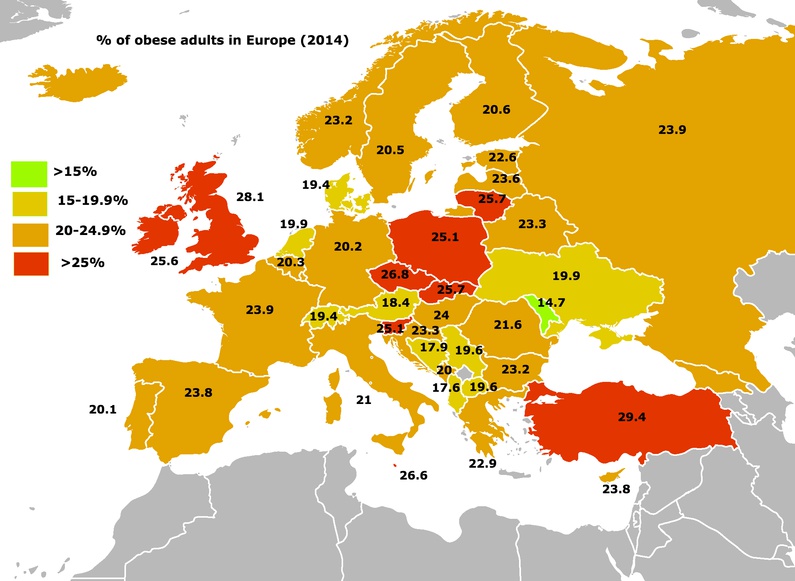