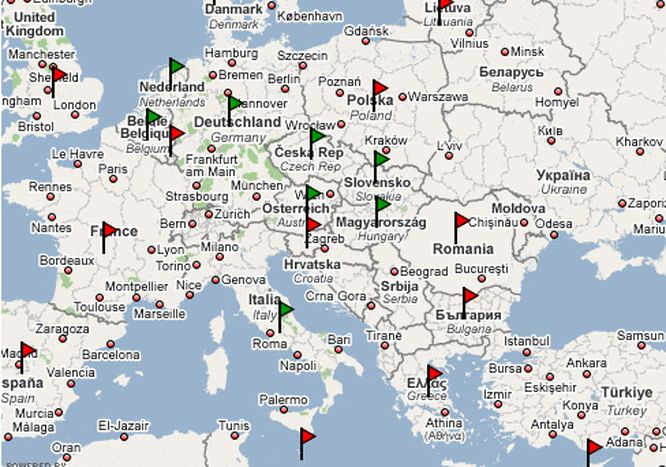 The EU’s struggling in terms of balance between imports and exports. The average for the 27 member states is at -1.4% in relation with the country’s GDP. This means that the EU buys more than it sells. The most striking examples are those of Bulgaria and Cyprus, at -30.8 and -24.6% respectively. Countries shown with a green flag are countries with a positive trade balance. In red, countries with a negative trade balance.

GDP: the east is on fire

As a general trend, the growth rate, at 2.0% in 2008, is slowing down. However when we take account of the positive figures, we should look east, where almost all countries have a growth rate at over 5.0%. At the top, Slovakia, with a growth rate of 7.0%. Scraping the barrel, Italy, with a stagnating rate of 0.5%