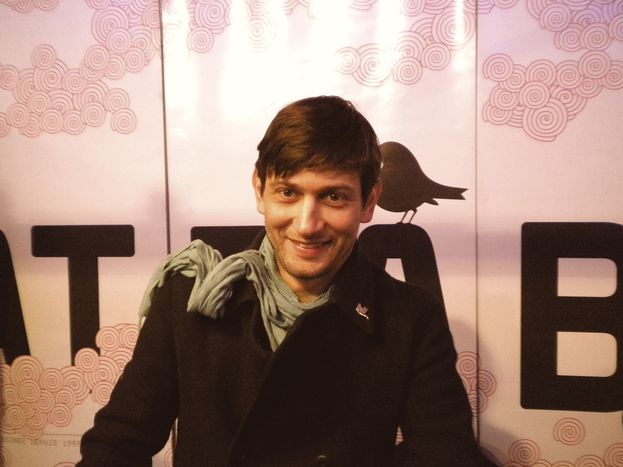 Manuele Fior: 'We have the right to create complex comics'

The Italian comic book artist is based in Paris, where he is getting ready for the release of his fifth and latest graphic novel, 'The Interview'. We find him at the Maison de l’Architecture in the French capital, surrounded by books, cups of tea, paper and pencils

It’s 7pm and raining this evening in Paris. The maison de l’architecture ('house of architecture') is at gare de l’est, only ten minutes walk from cafebabel.com HQ. Soon enough I am standing before the gates of a huge building, which is lying dormant next to the famous station which drives people out towards the east of the country, as its name suggests. From afar, a man is breaking into a run to come and open the grill for us. ‘Bonsoir,’ we hear, and it is ‘bonsoir’ that cafebabel.com’s French graphic designer and I respond to Manuele Fior, in customary French ‘good evening’ fashion. 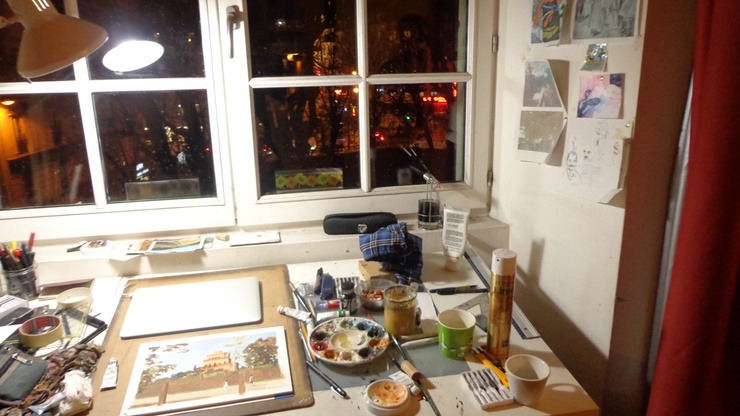 From Angoulême to Udine

Manuele guides us along the Maison’s gardens, a labyrinth of green which culminates in a side entrance. He throw the door open to his apartment, which is full of warm light and dotted with red curtains. A huge window looks out onto the station, and next to it a big work table is spilling over with colour, watercolours and pencils, as well as the books, posters and illustrations around it, and post-its with scribbles on it over the walls. We mix our Italian and French up for the first ten minutes before deciding to speak in Italian. As we seat ourselves around the table, freshly brewed cups of tea in hand, Manuele explains the disarray by saying that he works everywhere; with this, he looks around, as if he too has just walked into the flat for the first time.

‘Five Thousand Kilometres Per Second is a story about the fear of travelling, getting used to change and thus losing bits of yourself in the process'

In his library, an entire bookshelf is stocked with about a dozen editions of his book Five Thousand Kilometres Per Second ('Cinquemila chilometri al secondo'); Manuel is getting an English language version of the book done for the American publishing house Fantagraphics. ‘The comic book is a non-autobiographical personal story in the sense that I visited all of the places that I talk about,’ he says. It’s the portrait of a generation which is ‘precarious and has no feelings,’ he says, personified by the characters of Piero, Lucia and Nicola. The trio meet by chance in the Italian countryside in the seventies, and are thrilled that soon, they will be able to leave. It’s only near the end of the book that the characters realise it is sometimes more sad to lose oneself. Even after spending so much time apart, in different countries, they come back and find they have changed: there will always be that inexorable second of distance even when they aren't separated by 5, 000 kilometres any longer. ‘It’s a story about the fear of travelling and getting used to change and thus losing bits of yourself in the process,’ explains Manuele. ‘It’s a way of collecting memories and hopes together.’ What for some is a diary, comes in the format of a comic book.

Manuele rushes off to pick up his copies of Blutch from Other People ('Les Autres Gens'), a sort of digital comic book series created from the geniuses that are Thomas Cadène and Bastien Vivès. Manuele hands over the very first sketches of his brand new book. ‘I don’t ever trace the backdrop,’ he says. ‘I want the drawing to suggest new ideas to me, so that the characters can develop naturally and with space. I want to discover what the ending will be like a reader does, as if I were meeting my characters for the first time.’ The characters from this last comic book The Interview (which will be published in spring 2013 in French for Futuropolis and then in Italian for Coconino), were drawn from three years of ‘patient, solitary and disciplined’ efforts, says Fior. ‘The story is completely fabricated. It takes place in Udine where my parents are from, in 2050. When I write stories I find that they inevitable talk about the questions that you are often ask yourself.’ 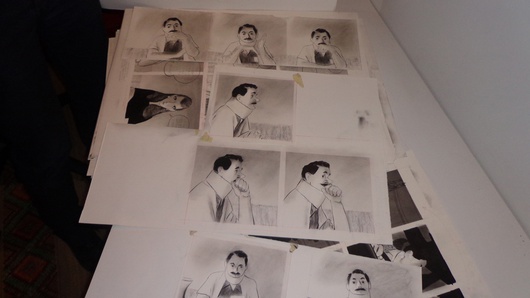 That leads us neatly to the question of Manuele’s life in Paris; he was born in Cesano in 1975 and moved here after living in Oslo and Berlin. ‘I create Italian comic books in France,’ he summarises rapidly. ‘I like to feel like a little ripple which has been caught in this huge wave of comic books in Italy which started with Gipi; he was the first one to use oil paints in comics. Even though I feel too Italian here, I would never leave France.’

Whilst Fior can actually make a living in this business as an expat abroad, it’s not his only reason for staying put. ‘Being an Italian in France, or a foreigner, is part of my life now and also of my career.’ Fior is part of his Italian publishing company’s football team, he laughs, but is equally now a part of the French comics artists crowd, which includes the likes of Vivès and David Prudhomme.

‘The more popular comic books today are the ones which are more immediate, more simple and which lower the general quality of our work,’ says Manuele, switching to French as he addresses the graphic designer Adrien. ‘We have the rights to make that kind of comic which is not intuitive, but complex, and which you can’t read easily.’ Such is the experience of reading Immigrants, a collective book released by Futuropolis, where Manuele joins other artists as they discuss the difficult experience of being a contemporary immigrant. ‘The real ones, not like me,’ he jokes. 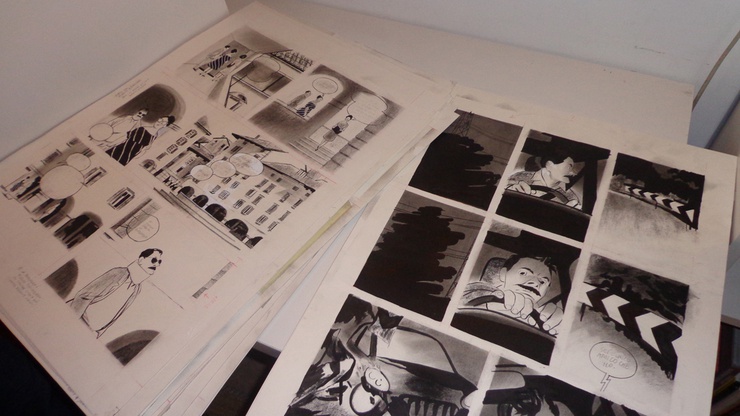 The interview rolls to an end as Manuele shows us his original designs for The Interview in thorough detail, from the origins of the landscapes to how Street View is an indispensable tool for every designer. We switch back to Italian as we realise we haven’t asked each other where we’re actually from. Outside, it’s still raining, and I leave the Maison de l’Architecture whilst still in a state of incredulity at what my favourite comic book artist has just told me. When he was little, he lived in the village next door to mine in Salento for four years; that’s much less than five thousand kilometres of distance.