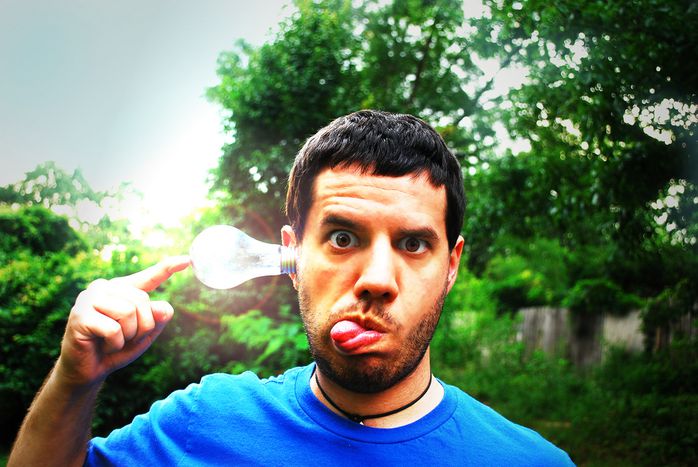 Part-dreamers, part-tinkerers, and often with that "mad scientist" edge, makers are those people that give life to the objects of their desires...

This community keeps growing in France and their ideas could very well change the world. Welcome to the third dimension.

There is, in the Marais neighbourhood of Paris, a studio not like the others, where objects come alive, like by magic. Welcome to the third dimension, Maker/Seine, where, just by the river, a little boutique shelters strange creatures of all shapes and sizes: from octopi and skulls to miniature human busts.

Like the slogan on the wall reminds us, here "the only limit, (is) your imagination." If I want to create an object borne from my imagination, is it then possible? Florian, 24, the imposing sales representative and manager, responds that yes, but there is one hitch: the price. "Certain people come here and think that it's cheap and that we can print anything, but that's not true." The printing itself is affordable, it's all the thought that leads to the finished product that calls for a budget... and a certain expertise.

The ambience in this thirty square metres of creation is rather calm and focused. In contrast to FabLabs - where the studios are open to the public and big on exchange - Maker/Seine focuses on the artists, which earns it the title of 'ArtLab.' "It's less animated than a FabLab based on co-working, where everyone goes to work on their projects," declares Florian. "Here, the people that come don't necessarily want another artist to be there at the same time, seeing what they're doing." 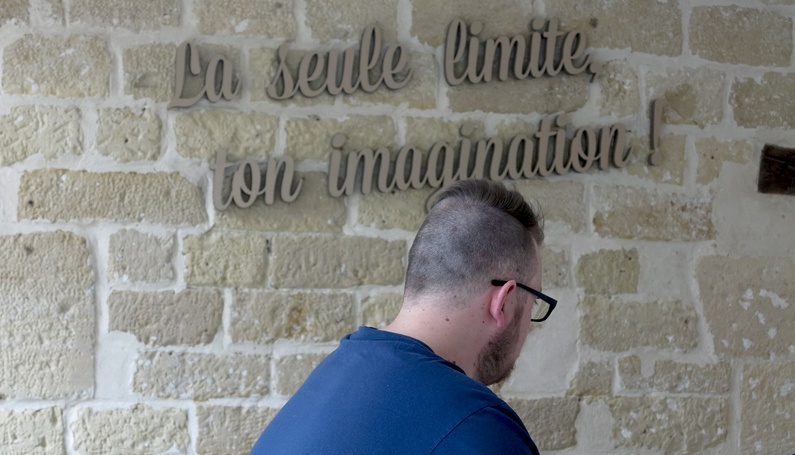 It's in another part of the studio that everything happens, where a group of artisans tries to print the unreal every day. At Maker/Seine, there are three "modellers": François, 23, aka "Stramonium," absorbed in finalising a psychedelic sculpture on software, Antoine, 23, holder of two diplomas in a design school in the digital and physical fields, busy assembling different pieces of a multicoloured sculpture, and Cédric, 38, aka "Badmarvel," in the middle of modelling a confidential project on a 3D file.

Next to them are the machines. On one side, a large printer that uses a mineral powder to create projects based in models, architecture, busts of people. On the other side, the "plastic" machine, used to create more whimsical, colourful objects. Cédric starts up the second printer. From a sort of needle comes a filament of melted plastic that will make up the object from the bottom up. A smell of technology fills the air and noises similar to those of R2-D2 are heard for 20 minutes. Out of the process comes a little violet rabbit, four centimetres tall. The process is fascinating.

Long before the Internet

The three modellers are associate employees paid by the employment centre. "At the present time, we need to find an economic model. No one has found it," Florian explains, while absently touching his right arm, covered in tattoos. "Actually, in France, we're behind, it's true. In the United States, they don't have FabLabs anymore, but gasworks!" The first 3D printers appeared in the early 80s across the pond, well before it was possible to surf the net.

Actually, it's the entire concept of FabLabs that would be born in the States ten years later, on university benches. "FabLabs were born from a university class, Neil Gershenfeld's, that MIT students in Boston attended," relates Mathilde Berchon, passionate about this community of crazy tinkerers that inhabit the FabLabs and are known as "Makers," to the point that she created the site makingsociety.com to help them set up businesses in open-source hardware. "It's sort of put the industry within reach, with a strong educational and social dimension," she adds. According to her, "making" combines creativity, technological knowledge, and community." 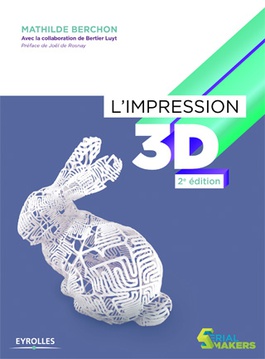 "In parallel, digital spaces of fabrication were created, and in these places we find 3D printers, laser cutters, vinyl cutters, computers, soldering irons, scissors..." continues the young author of L'impression 3D (3D Printing), the first French general-public book on the subject, published in 2013. The third element that permitted the creation of FabLabs as they exist today is the arrival of affordable electronics. "Many new electronics have been developed these past few years, and made accessible to all," Mathilde comments. "This movement is completely linked to the birth of these electronics. [...] 3D printers, for example, are part of this world."

A culture of the physical object

France has quickly caught up and today boasts the largest number of FabLabs in the world (82 Fablab communities have been identified today). Though the country hasn't yet found the path of economic prosperity, its asset is that, according to Mathilde, "We are very good with the concept of community. In all our cities, we find places where people can meet and exchange."

Mathilde has seen the movement grow and become widespread. "In 10 years, there has been a huge change between the simple beginnings, the pleasure of creation, of invitation, and today, where the idea that makers could become professionals is no longer preposterous," she explains.

"Making" could also create a revolution in education. The young woman recalls the classes of practical and theoretical science for which schools will be more and more drawn to install fabrication areas, or "making" studios. This new form of education will be a way to "return to the culture of the physical object, of 'how things work' that we've really lost," she specifies. But not everywhere. Here and there, in Paris, disparate groups of young apprentices trying every day to make illusions tangible. With a machine, a little mineral powder, and a lot of imagination.

All comments gathered by Manon Valère and Matthieu Amaré.