Mai Masri: "3000 Nights is a universal story about justice"

3000 Nights is the story of Layal (Maisa Abd Elhadi), a Palestinian woman in the 1980s who is incarcerated in an Israeli prison - only to find out she's pregnant. We talked to director Mai Masri about balancing fact and fiction, working with children, and the challenges of shooting in a real prison...

cafébabel: Until now you've mainly worked in documentary, and 3000 Nights is your first work of fiction - though it's inspired by true stories. What made you decide not to simply make another documentary but something more dramatic?

Mai Masri: It's inspired by the story of a woman I met in the 80s, when I was shooting a film in my hometown of Nablus on the West Bank. She told me how she'd given birth to her child in an Israeli prison, and it really touched me - especially the conditions she lived in, how she gave birth in chains and raised her child behind bars. It stuck in my mind for years. I began researching the subject and meeting with other former prisoners, especially mothers. Their stories were so powerful, so dramatic, that I felt it had to be recreated as a narrative. I didn't want to just talk about it, I wanted to recreate the dramatic moments, and have the freedom to depart from the facts and be more creative. To me it's a continuation; I don't see a rupture between this and my previous work. Many of my documentaries are narrative in and of themselves.

cafébabel: So Layal is an amalgamation of all of these women's stories?

Mai Masri: To me she is a combination, an amalgamation of many people, including myself. I see myself in Layal too, in the sense that this is an ordinary woman who finds herself in difficult decisions - the decision to help a stranger which lands her in prison, which could have happened to me - and also the decisions of motherhood. I imagined myself in her place. So I built a lot on that.

cafébabel: Traditionally the "women in prison" genre is an exploitation genre, and even more recent fare is Orange is the New Black, which is still a piece of entertainment. Was that something which was in the back of your mind when making 3000 Nights?

Mai Masri: Not really - I made it more because it's a story that touches Palestinians. It's a story that hasn't been told, and one that resonates very deeply. Prison is really a metaphor for the condition of Palestinians under occupation. I didn't really think of it as a "women in prison" movie at all. I was more interested in the idea of a child growing up behind bars, that was my motivation. But at the same time, cinema has to be entertaining! 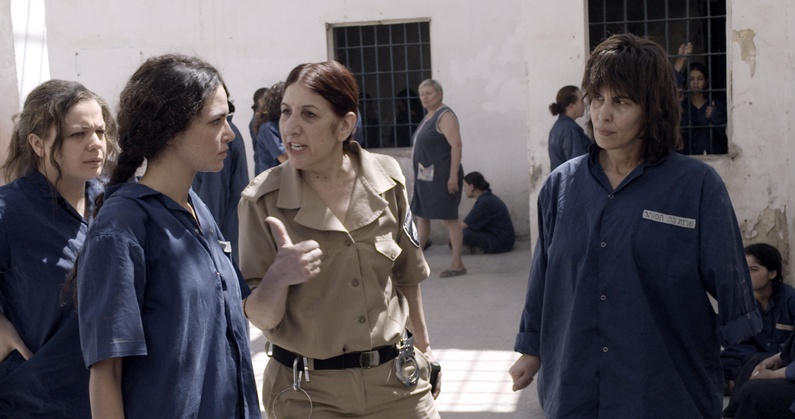 cafébabel: There are a lot of scenes that jump out because of their cinematic nature - particularly one shot close to the end which looks like it was taken from The Shawshank Redemption. How do you balance the realism and the drama?

Mai Masri: I think those 'magic moments' are a real plus for the film, but they're also very difficult to insert. There were several shots I was very attached to, that say a lot without dialogue: for instance there's an extreme close-up of Layal's eye, and you see the entire prison reflected in her pupil. You see her suffering and her surroundings, all at once. Also the recurring timelapse shots of shadows moving on prison walls - it's aesthetic, but at the same time there's a meaning behind it. The shot of Layal in the rain was a deliberate reference, because I wanted to pay tribute to a very powerful film. But the rain plays a kind of cleansing role - the film starts in rain and ends in rain.

cafébabel: There's a lot in the film about the idea of 'freedom of the mind' and people taking solace in that - even the title, 3000 Nights, feels like a reference to Scheherazade and the Arabian Nights.

Mai Masri: I visited most of the prisons in Palestine, in the West Bank, while I was doing research and scouting for locations. I'd been planning to shoot in Palestine, but then I discovered this old military prison in Jordan. Because the film was funded in part by the Royal Film Commission in Jordan, they were able to get me a permit to shoot in the prison. It's actually currently being used, as a military base.

It important for the actors, because it made them forget they were acting; it was very traumatic for some of them in a sense, with the oppressive walls and metal bars, but that makes all the difference to the shoot. They were really able to bring something of themselves to the role, and it became like a kind of therapy for them. 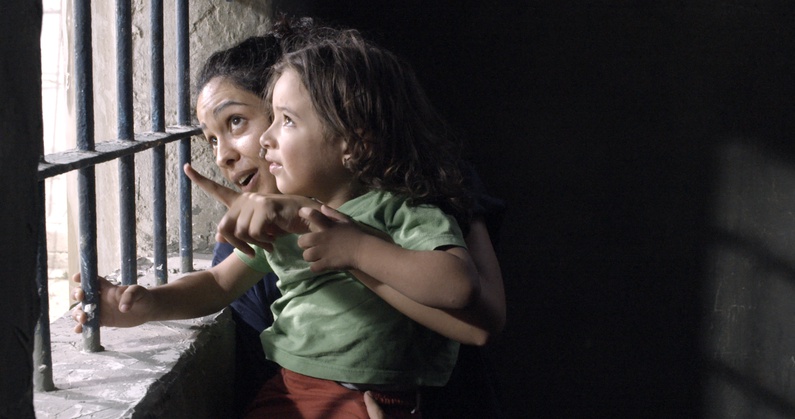 cafébabel: What was it like to then throw a child actor into that environment as well?

Mai Masri: It was a huge gamble - they say to never work with animals or children, and I did both in this film! But I'm used to working with children, a lot of my documentaries feature children. It was difficult, but you have to be patient and understand that you can't direct a two-year-old. You wait for the right moment and then you seize it. We had to create conditions so that he would react in a certain way - when he's smiling and laughing he's really happy, and when he's crying he's really afraid. We had to try and disguise the camera at certain points, so he wouldn't look straight into it. But it was an exercise - working with children brings a whole new level; they're so spontaneous and unexpected. It gives me a lot of creativity.

cafébabel: You said you saw a lot of yourself in Layal; does it make you think about your own experiences as a parent?

Mai Masri: The whole experience of motherhood in the film is something I could relate to - that's why it was so important for me to show the moment of childbirth. And then the idea of all of these women in prison becoming mothers of a child - for me, it's a turning point in the film. This child changes everything for the characters, it's a moment of hope for them. There's more humour, more positive parts of the story start appearing. And it makes Layal a different person, she finds her strength.

cafébabel: The film has been chosen to represent Jordan at the Oscars and to represent Palestine at the Golden Globes - how does that feel?

Mai Masri: I'm so happy - because it's such an important subject for many Palestinians and I'm glad the film is reaching such a wide audience in festivals around the world. It's a dream come true.

cafébabel: The festival audiences can be quite different from the general public - what would you like audiences in France (and the rest of Europe) to take away from the film?

Mai Masri: I want people to feel the humanity and the hope, and also to have a better understanding of what's going on. But mainly I want them to feel inspired by the stories of Palestinians that they don't often get to see, and feel connected. Palestine is on the back-burner now, with other world events.

But this is not just about Palestine; it's a universal story about justice that anyone can empathise with, wherever they are in the world.