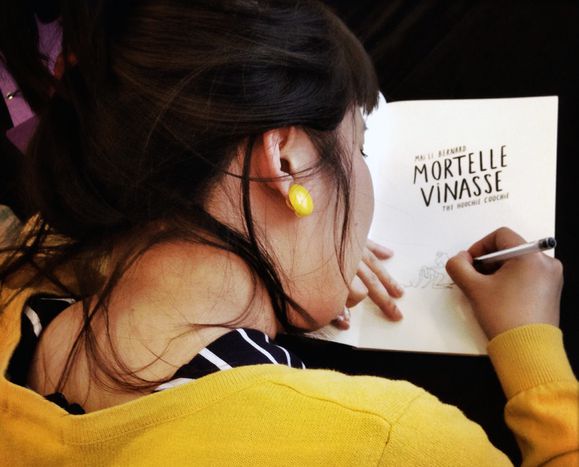 Mai-Li Bernard: "Women are not well represented in the world of comics"

In the artistic world of Mai-Li Bernard, silence is golden and wine goes to the head. Mortelle Vinasse (Deadly Wine), an official selection at France's Angoulême international comic festival this weekend, depicts the crises three friends experience within their respective couples. Deadly drunk, they work out plans to eliminate their spouses. We chat about the book's black humour and sharp take.

cafébabel: How was Mortelle Vinasse born?

Mai-Li Bernard: A few years ago, I made a shorter version of the story for my friends. It was to be published in a collection, which didn't happen in the end. Some time later, I went back and developed it. It gave birth to Mortelle Vinasse. I started from the idea of a murder in which the killers interchanged themselves. I found the subject amusing and it echoed many things that I had seen at the cinema.

cafébabel: What is Mortelle Vinasse about and what is the role of wine in the story?

Mai-Li Bernard: In Mortelle Vinasse, wine is the guiding thread. The protagonists drink heavily throughout the work. They drown their sorrows in alcohol. In their view, the problems they have are related to their respective partners, and therefore they decide to eliminate them. In reality, that doesn't really solve their problems.

It is also about addiction, but I especially wanted to talk about the depression people suffer when they are with someone they love and can't leave – even if they should because they are unhappy. I tell stories that draw on personal experiences but which are not autobiographical accounts. In Mortelle Vinasse, the solutions considered by the heroines are radical. I added black humour, and I enjoyed taking this situation to extremes. It is an indirect way of talking about things that speak to me while still keeping a certain lightness.

cafébabel: Mortelle Vinasse is a mute comic strip. Why the choice of a story without text?

Mai-Li Bernard: I am not very comfortable with words. Paradoxically, I have a great interest in linguistic tools and everything related to the mechanisms of language. That's why I like making comic strips without text. The subject of my Master's dissertation was the process of reading silent comic strips.

I have to mitigate this absence of text through the way I work. In reality, there's a lot of dialogue in my strips – they are very talkative! I use a very minimal language, quasi-autonomous, which is close to pictograms. The reader is forced to analyse the images. I built the story so that during the first reading they can appreciate all this information. I wanted something playful that called for a participatory reading.

In my first book – Pigmentation d’un discours amoureux (Pigmentation of a lover's discourse) – the characters express themselves through coloured stickers. It is a game of dialogue and rhetoric made up of colour combinations. 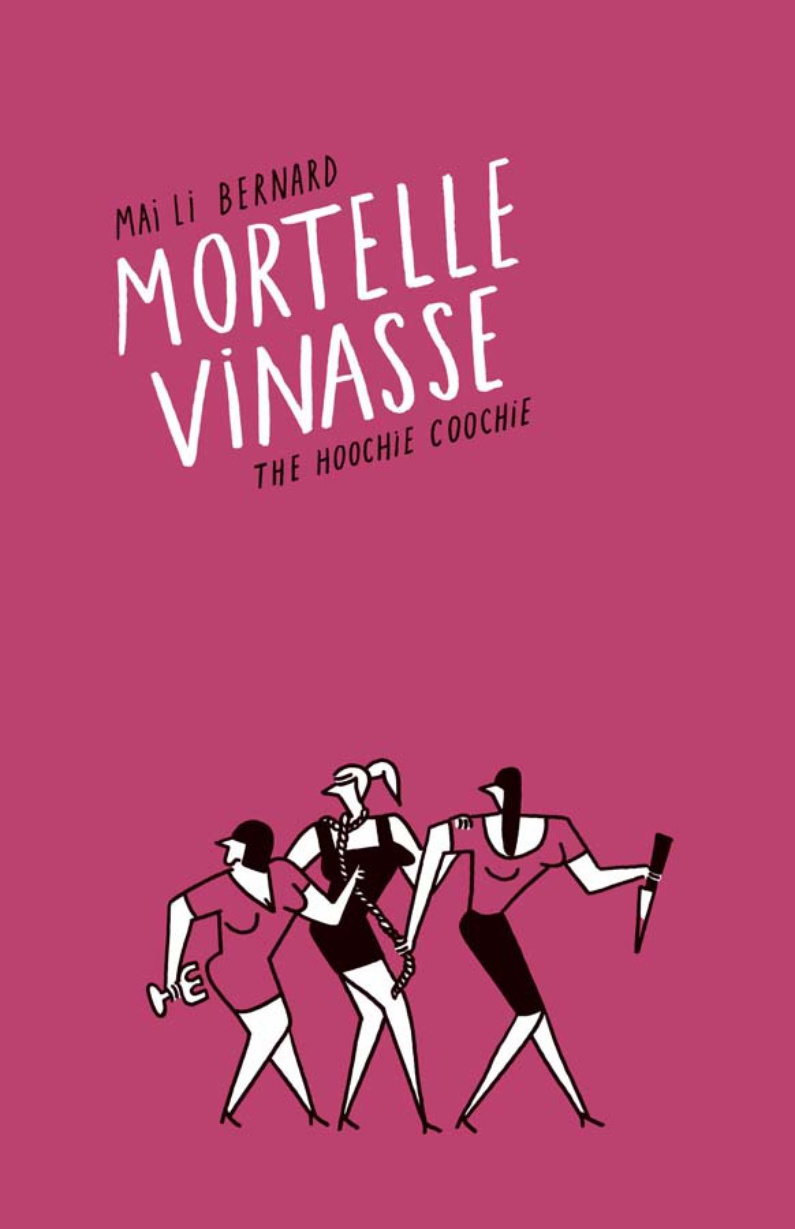 cafébabel: Who are your main influences and which artistic school do you see yourself most fitting into?

Mai-Li Bernard: I was influenced by some illustrators from the beginning of the century who published near-mute comic strips, like Otto Soglow in the 30s. Regarding contemporary comic artists, I would say that Nicolas Mahler from L'Association is a source of inspiration.

Any author belongs more or less to a family, or to a school. For my part, I think I am closer to the authors who are members of OuBaPo (a French comic book school of thought which emphasises constraints within the medium, ed.) and others who work under pressure. It is the artistic equivalent of OuLiPo (that emphasised self-imposed constraints in literature, ed.) created by Raymond Queneau and François Le Lyonnais.

cafébabel: You are member of the group of comic strip creators against sexism. What was your reaction when the Angoulême International Comics Festival published an exclusively male list for the 30 names selected for the Grand Prix 2016, that rewards an author for their entire career?

Mai-Li Bernard: When the group first assembled, I immediately signed up. I think that the initiative is commendable. Women are not well represented in the world of comics or in cultural fields in general. Regarding the list of nominees for the Grand Prix at Angoulême, I was surprised to see that no woman had been nominated this year – in past years there has been at least one. That raises questions in relation to the place women occupy in the world of graphic novels.

I would say that I don't have enough hindsight to talk about it. What I know is that I want to be recognised for a work that I consider to be non-gendered, particularly when it comes to my relationship with the target audience in question.