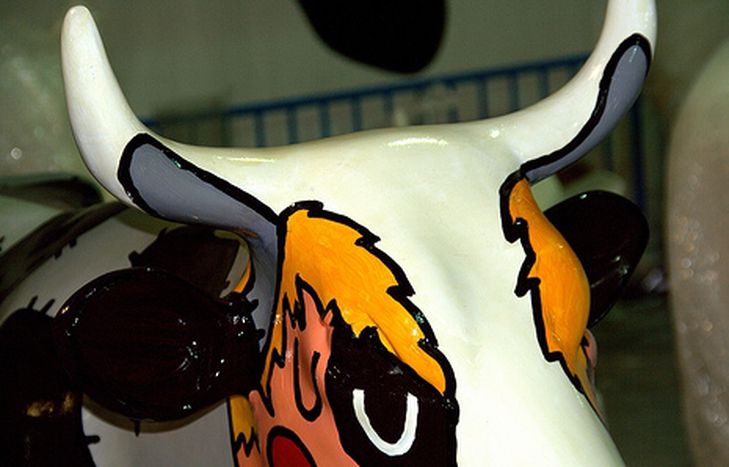 The famous cows dotted around the great cities of the world will be spending the winter in Madrid. They are affectionately called... Latest titbit news from Brussels

The 'Cow Parade' is an exhibition of life-sized cows made from glass fibre and has been doing the rounds of the world's cities. The novelty of its current stay in Madrid is the installation of two very European cows named Ballot Box and Voting Paper at the Puerta del Sol and the Plaza Mayor. Thanks to them, it will be impossible to forget the European elections which will take place from 4 to 7 June 2009. They will both be auctioned next March, and the money will be given to NGOs.