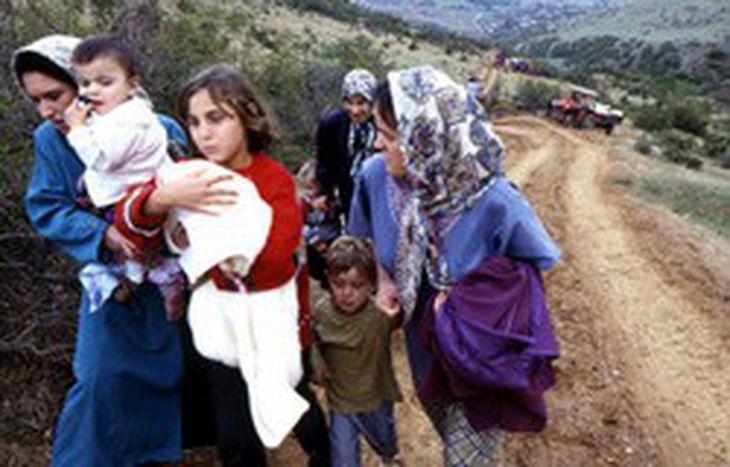 With a recent political history as rocky as its mountainous landscape, Macedonia is hoping that last week’s tense parliamentary elections will help put the country’s turbulent past behind it

Elections are an impassioned affair almost everywhere. But when observers described last week’s parliamentary elections in Macedonia[1] as “explosive” they weren’t just referring to the political rhetoric. Within days of the election’s announcement on June 15, violence broke out between supporters of both the two largest ethnic Albanian parties, the Democratic Party of Albanians (DPA) and Democratic Union for Integration (DUI), as well as among those of the two main ethnic-Macedonian parties, the governing Social Democratic Union of Macedonia (SDSM) and the nationalist opposition VMRO-DPMNE. Reported incidents included a grenade attack on a party headquarters and a shooting outside a shopping centre in the capital, Skopje.

With OSCE election monitors having already raised “serious concerns” at the violence and irregularities that marred the 2002 parliamentary elections, many hoped that this year’s elections would mark a significant step on the country’s road towards political normality. The signing of a “code of conduct” between the main political leaders to ensure a fair election looked like a move in the right direction. But although the election day itself was reassuringly peacefully, with Prime Minister Vlado Buckovski quickly conceding defeat to opposition leader Nikola Gruevski, at least 20 violent incidents were reported in June alone. In a joint statement, EU Special Representative Erwan Fouere and US Ambassador Gillian Milovanovic jointly expressed their “grave concern” at the pre-election violence and said such acts threatened “serious and damaging consequences for [the country’s] Euro-Atlantic membership aspirations.” Fortunately for Macedonia it appears that such warnings were eventually heeded.

The roadmap through the mountains

The recent violence is symptomatic of wider problems in Macedonia, however. In spite of the Ohrid Framework Agreement, signed in 2001 at the behest of NATO and the EU, which pulled the country away from the brink of civil war, significant ethnic and political tensions persist. While the agreement attempted to address the issue of minority rights in return for the rejection of violence and respect of the country’s territorial boundaries on the part of the ethnic Albanian insurgents, it did not offer a comprehensive roadmap for structural and judicial reforms. The agreement also led to former insurgents, such as Ali Ahmeti of the DUI, entering the government. The result has been a fragile peace and what the International Crisis Group describes as “an immature democracy, vulnerable to spoilers seeking to hijack or exploit an imperfect reform process.” And such spoilers have much to gain. Not only is corruption rife, but recent fractures in the ethnic Macedonian vote mean that the victorious VMRO-DPMNE will be more reliant than ever on an ethnic Albanian party as a coalition partner. In return, the latter can expect control over key ministries, such as economy and labour.

The hills surrounding Skopje symbolise perfectly the obstacles that this country of two million people will have to surmount in the years to come. With official unemployment stuck at 38%, the judiciary “long…recognised as inefficient, corrupt and subject to political influence,” and even the country’s name still a source of dispute, Macedonians will hope that the election of a new government will not so much lead to a change of direction as to an acceleration of the economic and judicial reforms that have already begun. Nervous onlookers, such as the EU which granted Macedonia candidate status last December, will be hoping for much the same.