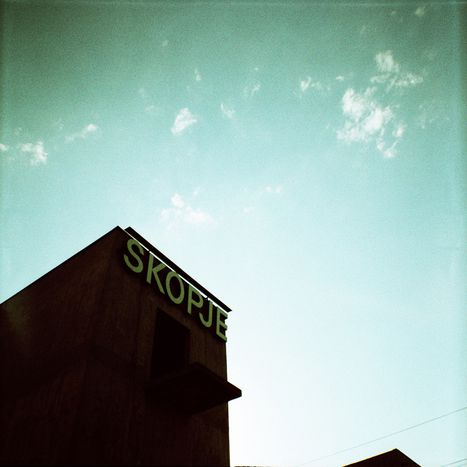 The ongoing urban project sounds as if the Macedonian capital were preparing to host the next olympics.

It's actually about classical origins: Skopje will be revamped in a neo-classical style with the aim of strengthening national identity, attracting foreign tourists and, according to some, further provoking Greece, in the name of the dispute that started when Macedonia became independent in 1991

I haven’t even landed properly in Skopje and I can see it already: a neon homage to one of the greatest figures of the antique world, whose disputed origins have become an emblem of the Greek-Macedonian conflict. On top of the tiny, shabby airport building - more reminiscent of communism than of antiquity - there it is, flashing in neon letters. The overall impression is emphasised by the last letter failing to light up: Skopje ‘Alexander the Great’ Airport.

The airport’s new name coincided with the arrival of the new nationalist government in 2006. It symbolises the start of the phenomenon of Macedonia’s ‘antiquisation’, as critics call the country’s new-found obsession with its classical roots. An average westerner knows next to nothing about this country, so the sight of an advert outside the airport reading ‘Welcome to the cradle of civilisations’ appears a bit contradictory.

I have flown in from Italy, where the first association with the word ‘Macedonia’ is ‘fruit salad’ rather than a former Yugoslav country (‘macedonia’ means ‘fruit salad’ in romance languages). Etymology dictionaries state that the Italian and French words for fruit salad actually derive from the ethnic diversity of Alexander the Great’s empire, which modern-day Macedonia traces itself back to. The map of the ancient Macedonian empire does indeed comprise the territory of today’s FYROM (Former Yugoslav Republic of Macedonia), yet Greeks claim that contemporary Macedonia has nothing to do with that of Alexander Magnus.

In Skopje’s city centre, construction work on buildings, monuments, statues and fountains praising the presumed ancient roots of today’s Macedonians cluster around the central figure of the project: a 28-metre tall statue of Alexander the Great. The mysteriously named ‘equestrian warrior’, so-called so as to avoid further upsetting the Greeks, was erected in June.

Even the harshest critics admit it is impressive how quickly these constructions are being executed, and acknowledge Skopje 2014 to be the country’s first significant investment in culture and architecture in the last three decades. What upsets many locals however is how much this money is needed elsewhere. ‘People don’t have bread and they are pouring millions into statues’, says taxi driver Bojan, 36. Milos, a 32-year-old engineer, agrees. ‘There are a million holes in Macedonia’s roads – instead of fixing those, the government is wasting money on national ego bullshit to gain cheap political points,’ he says, adding other local parties are no better. ‘That’s why in the last three elections I voted for Chuck Norris,’ adds Milos, who also has a degree in political science. During the 2009 elections there was apparently a ‘vote for Chuck Norris’ facebook group with thousands of fans. ‘You should see the state of Skopje’s hospital to understand where those millions should have gone,’ says Rob, a 26-year-old Irishman who is married to a Macedonian.

According to Svetlana, a member of Arhi-brigada, an informal guerrilla organisation of architecture students in Skopje, Skopje 2014 is a ‘kitsch parade’ which resembles a ‘theme park’ more than it does the new heart of the 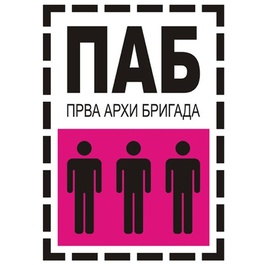 city. ‘We will even get our own millennium wheel modelled on the London eye’, she says, scornful of government ambitions to attract foreign tourists’ admiration through what she calls ‘populist’, ‘turbo-folk’ and ‘just do it’ architecture.

After seeing how pompous and expensive Skopje 2014 seems, I assume that getting interviews from the authorities will be simple. This turns out to be far from true: no matter which government body I contact (the municipality, the culture ministry, the prime minister’s office...), I am ‘ping-ponged’ to yet another institution with the excuse from the municipality that ‘we are only executing the project’, while the government claims that ‘we are just paying for the project’. The closest I get to an interview from the authorities is an accidental phone call when the assistant for Skopje’s former mayor Trifun Kostovski calls me back, only to find out she had dialled my number by mistake and hang up, never to call again! Local journalists later confirm my doubts: the government is not keen to talk to the media due to fears of a negative media campaign, and they are also trying to avoid revealing how much the project will cost. ‘It was originally announced that the cost would be 80 million euros, but according to all current estimates the real cost is more than 200 million,’ a journalist from a Skopje-based newspaper explains, when I ask why no detailed documents describing the project are available. Apparently, neither citizen participation nor expert consultations were given enough space in the project approval procedure.

However, one local artist who worked on one of the statues has a positive view of the project, claiming that many statues were quality works of art. He asks to remain anonymous as he doesn’t want to advertise himself ‘as a supporter of the government’. ‘Skopje 2014 will help us to commemorate parts of history which we had forgotten about due to five hundred years of ‘the dark ages’ caused by Turkish rule,’ he claims. We’re siting in the so-called ‘Turska’ or ‘stara carsija’ (Turkish town, or old town), the oldest and the most picturesque quarter of Skopje, dominated by a mosque. 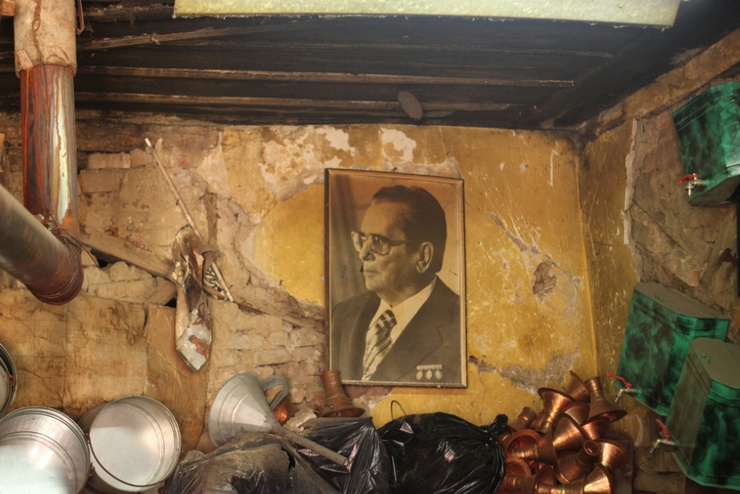 A few steps away, I find old artisan shops with Tito’s portraits on the walls, their owners nostalgically remembering communist Yugoslavia as well as their Slav roots. In the evening, rock, jazz and house music from local bars mix with the imam’s chant, giving off a strong impression that the ‘soul’ of this city is much closer to the colourful simplicity of ‘carsija’ than to the lustrous constructions of Skopje 2014. Rather like that last neon letter failing to light up.