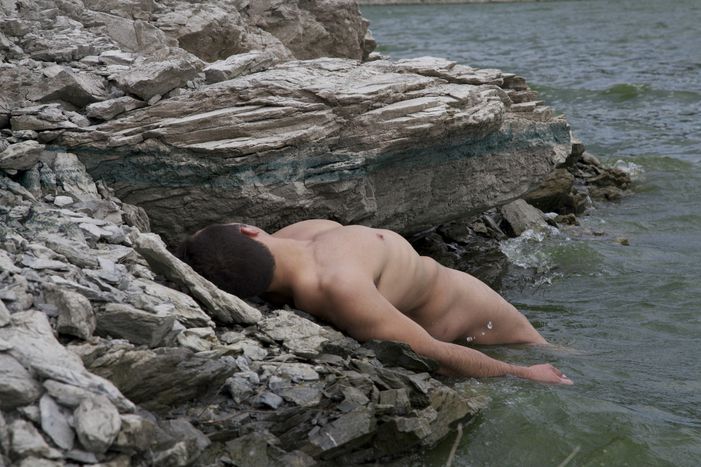 Macedonia is just twenty years old and is anxious to create its own national identity. While the government of the Former Yugoslav Republic of Macedonia (FYRM), as it is officially known, has chosen to appropriate history as a model for the future, citizens are unable to identify with a past that they don’t remember. The government’s initiative is countered by the work of the younger generation, particularly artists, who are using new media to prove their worth and develop their influence abroad. Between artists’ projects and the megalomaniac constructions of the government, art is emerging as the driving force of a new Macedonian identity