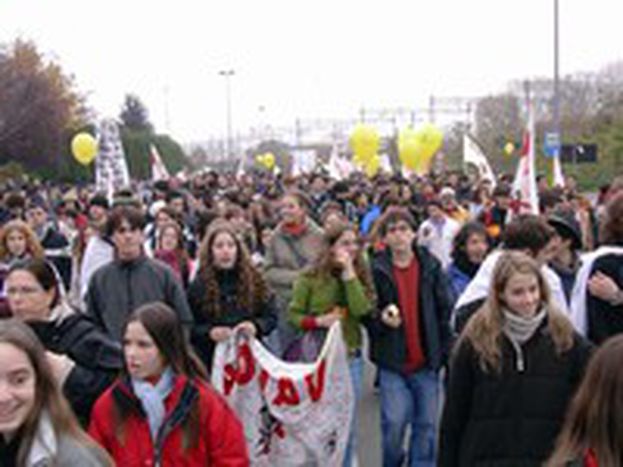 The TGV high-speed rail service may well connect Italy and France in the future. However, it must first settle its score with a population that is battling for its own local identity, a battle that is not in the interests of European integration.

The serpentine stretch of track which will connect Kiev and Lisbon via the Alps is called ‘Corridor 5’. In Italy, it is known simply as the high-speed argument over the Susa valley, where demonstrations, sit-ins and the planting of fake explosives have become common place.

In September of 2001, the European Commission, when discussing the environmental situation, produced a white paper on transport in order to promote more secure and cleaner travel. Some months previously, the then Italian and French Prime Ministers, Amato and Jospin, concluded an agreement to create a high-speed train line between Italy and France (connecting Turin and Lyon) in order to maximise socio-economic potential between the two countries. This line was to form part of Corridor 5, the future of commercial rail travel between Kiev and Lisbon, uniting Europe’s principal industrial and commercial cities. It will also pass by the port of Marseilles, improving trade with other continents, particularly with the Far East.

For Italian politicians, the inclusion of the high-speed Turin-Lyon link into Brussels’ rail network plans is a top priority – not only in order to receive EU financial backing but, most importantly, to better integrate Italy into the European economy. The population, however, is saying No.

Tens of thousands in revolt

The Susa Valley, which has a population of 60,000, is a strip of land measuring 50 kilometres and which rolls from Turin to the French town of Frejus. On November 16, a demonstration numbering around 80,000 people took place there to cries of “No TGV!”. As the protests gain momentum, the Susa Valley residents are being turned into a national symbol of the battle to defend one’s own territory against the corruption of globalisation and limitless construction. And so alongside the demonstrators of Susa were people from Mont Blanc, the Brenner Pass, Mugello, and residents of the Italian Riviera

So why are they so set against the high-speed line? The Susa Valley residents want to protect their land, which includes mountains rich in uranium and asbestos. Work would go on until at least the end of 2018, threatening the tranquillity of the mountains and the tracks would divide a valley inhabited by those who, after years of partisan fighting and the formation of their own patois, have acquired a strong identity for themselves. But since their sit-ins and demonstrations have impeded scientific analyses of the mountains, it is not even certain that it is a suitable place for the tunnel to be built.

The population is not alone in its revolt: it has support from the centre-left local government (which is in opposition to the centre-left national party) and trade unionists – despite the fact that the two biggest Italian trade unions, Cgil-Csil and Uil, have declared themselves in favour of the TGV line due the economic possibilities it will bring. Valley residents will demonstrate once again on November 28, and representatives from the regional administration will meet with representatives from the local government. What’s more, it is likely that the cry of “No TGV” with resound during the general strike on November 25, joining Unions’ protests about the new budget. There is even the possibility that, after the bomb threats of the past few days, the Olympics due in February in Turin could be moved to another city.

Meanwhile, the European Union has sent letters to the President of the region, Bresso, and to the Transport Minister, Lunardi: no funding will be received and the track route revised if work does not commence by the end of the year. Italy’s participation in high-speed socio-economic European integration seems to depend upon the Susa Valley. The arm-wrestling continues.