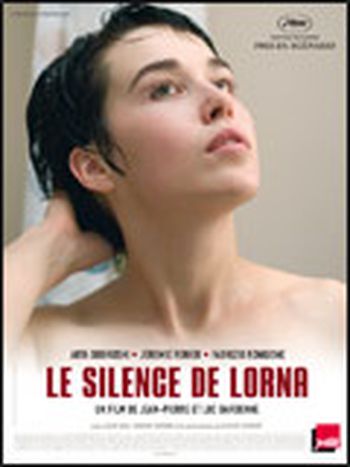 The Belgian brothers Jean-Pierre and Luc Dardenne, directors of the mainly French language film ‘Le Silence de Lorna’, were awarded the 2008 LUX Prize for Cinema by the European Parliament in Strasbourg on Tuesday 22nd October.

The LUX Prize reflects the EU’s commitment in celebrating cultural diversity and encouraging intercultural dialogue. The winner in particular had a very international flavour; a collaboration between artists from Belgium, Germany, France, Italy and the United Kingdom.On receiving the prize, Director Luc Dardenne stated: "We don't see enough of each other's films in different countries of the European Union. I think this prize is the first step in remedying this problem."

In the shadow of a "giant".

The European film industry has always struggled in the shadow of the “giant” of the Hollywood film industry and unfortunately I think this may remain the case in regard to commercial entertainment. You only have to compare the rather muted presentation ceremony of the LUX Prize in the plenum of the European Parliament with the fanfare and celebrity that accompanies the Oscars to see that there is a huge gulf between the two industries in terms of both budget and interest. However, through this prize we have been shown that a more modest approach can be just as entertaining and challenging. Rather than handling the two industries as direct rivals, it may be more suitable to view European cinema as a stand alone entity and not judge it with the same parameters adopted by Hollywood, where the motto 'bigger is better' holds true. Whereas big budget films often concern themselves with fantasy and an escape from everyday life, the films recognised by the LUX Prize illustrate that European cinema is excellent at producing films that are relevant to all of us and able to tackle some very challenging social issues.

Many dark topics are dealt with in European cinema, such as problems with identity, exclusion and abuse. Kornél Mundruczó, director of the short listed Hungarian film „Delta“, stated that “films should reflect reality as a means to inform. Under dictatorships art is often deceptive of reality, but it can also be a means to encourage liberation from suppression. This capacity of film should be celebrated.” He added that identity was a very strong theme in his film; “not only as a Hungarian, but also as a European.”

Gerard Onesta, Vice President of the European Parliament, expressed his belief that “such films demonstrate that the European Union is not an impersonal institution, but a means of integration and acceptance.” Through European initiatives such as the LUX prize and projects like the Erasmus programme for academic and cultural exchange, people are brought closer together by trading diverse ideas.