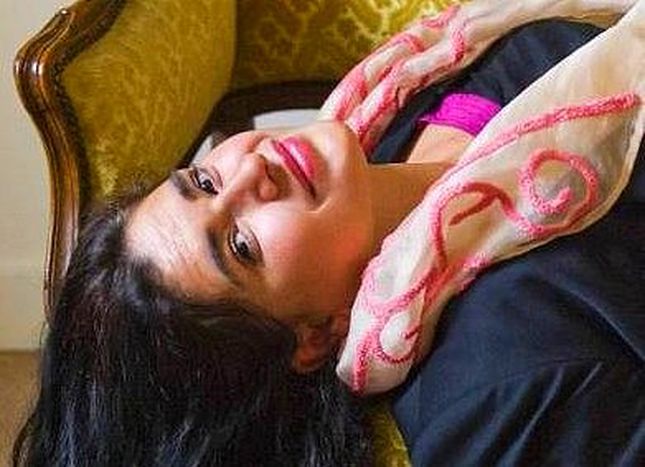 Lucia Etxebarria: ‘it's a threat if women sell more books than men’

The Spanish sex, drugs and rock’n’roll writer, 41, juggles motherhood and feminist ideals in her literature, and explains why she is sometimes categorised as a lesbian or 'at best, emasculator'

‘Listen, why don’t you just pass by my house?’ I leisurely jot down the address that Lucia Etxebarria de Asteinza is giving me. ‘Be here in half an hour.’ I thank her and hang up without realising what I have let myself in for. I leave immediately, losing myself in the neigbourhood of Lavapiés, where Extebarria set her 2007 novel Cosmofobia, before finally glimpsing Atocha station which is already far behind me. Urban planning can sometimes be ironic, and when I see Madrid’s erotic museum I know I am nearer to her home. I ring, introduce myself, and someone opens the door for me. On the porch, the door is partly open, but I don't dare to enter. Screams from a little girl, a little black dog rolls up to frolick. Lucia finally appears, inviting me in. ‘Would you like to drink something? I have water or … water.’ 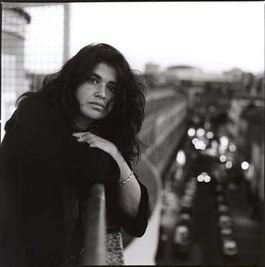 I sit in the living room on a huge couch, right underneath paintings and posters carefully unaligned on the yellow wall. The little girl, as blonde as Valencian-born, Basque-originating Lucia is dark, races back and forth from her room to the balcony. ‘She just wants to attract attention, don’t worry. She doesn’t like it when I’m not all hers.’ Does she know why her mum is getting interviewed? ‘No, I haven’t explained what I do to her. For her, I’m just an ordinary mother. I normally pick her up from school and tell her bedtime stories before she goes to sleep.’

A normal mum indeed, who kicked off her literary career with La historia de Kurt y Courtney: aguanta esto (1996), a biography of Kurt Cobain and Courtney Love, the mythic American rock couple of the nineties. Her first novel Amor, Curiosidad, Prozac y Dudas (1997) is a bestseller, as well as the French translation of the book, in which she introduces us to the pop and nutty world of Madrid.

The French translations of her book don’t do justice to the originals though. Since she speaks perfect French, I ask Extebarria if, like Italian author Umberto Eco, she has ever demanded the right to check her books’ translations. She laughs out loud. ‘I don’t have time. And even if I did have time, I wouldn’t want to, there are other things I can do. My books are not the only thing my life is made of. You see, the difference between Umberto Eco and me is that I write about reality, so I’d better live with that.’ She warms up. ‘Umberto Eco is undeniably a great writer but he’s not raising a loud little girl. Have you seen the 2004 French movie Comme une image, directed by Jean-Pierre Bacri and Agnès Jaoui? It’s about a male writer who does nothing but focus on his art. This movie got it right.’ 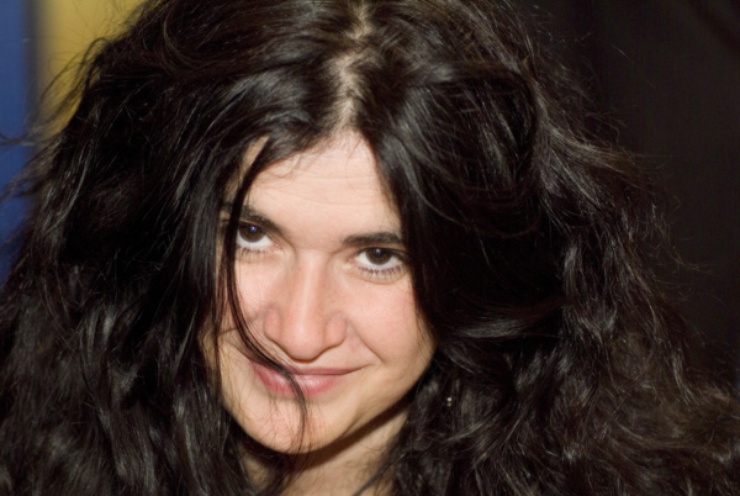 ‘Male artists are artists, female artists are women. That’s the way things work, and they have always been this way. Literature is an even more macho art than others. There’s a border between sentimental literature and virile literature, which should be kept in mind. Male writers are very embedded into their virility, and it’s a threat if we women sell more books than them.’ The former professor at the University of Aberdeen is jokingly blunt. ‘My books sell well and the best part is that I’m blunt, so people categorise me as a lesbian, or in the best case, as an emasculator.’

France is a more modern country than Spain. I laugh and tell Extebarria that few European countries are more retrograde than mine. ‘You say that because gay marriage is legal in Spain. In France, you guys say think that Spain is a modern country because you see people like Lucia Etcebarria and Pedro Almodovar. Firstly, we are both almost more successful in your country than we are here. And you are the ones who have a good maternity leave system, for example.’ I reply that the French socialist party’s reaction to the choice of Segolene Royal as candidate for the 2007 presidential election was not the most progressive. ‘But at least there was a reaction. Here, they wouldn’t have taken it seriously to the point that they wouldn’t even have bothered to react.’ Then why live in Spain? ‘Madrid is not Spain, you know, and I’m not the one who chose this city. The city chose me.’

Writing, a way to make a living

Literature is also a less subversive art, and good writers, those who have things to say, are not always published. “That is because there are a lot of grants. So we help people who write books that the main class would like to read,’ she explains.

Lucia won her third award with the prestigious Spanish Planeta prize in 2004 thanks to her penultimate book, Un Milagro en Equilibrio (A Miracle in the Balance’, 2004). ‘A long affectionate, funny, spicy and poetic address, in which a mother tells her child her happiness in having conceived her, bared her and brought her to the world,’ runs the blurb on the back cover. Extebarria’s career is defined by writing: she’s been a journalist, translator, script-writer and has worked in advertising, something she laughs about in hindsight. ‘Art is not even what touches me the most. Music and painting put me in states that no book has ever been close to putting me. But I love reading. It’s just that I can enter into a trance just by listening to a piece of music.’ 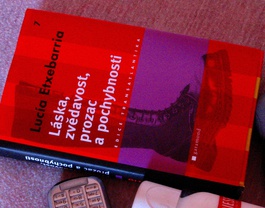 The writer points out some of the paintings in her living room. ‘As you can see, I don’t do anything exceptional with a brush, and I’m a bad musician. It’s just that I can tell stories that I see better this way. And I really see stories, they come to me like visions, the characters are alive and real without me having to build them. They come out better if I try to write them, that’s the bottom line. I never dreamt about being a writer.’ Her absolute dream, she finishes, is to be end up being famous enough not to have to promote herself.