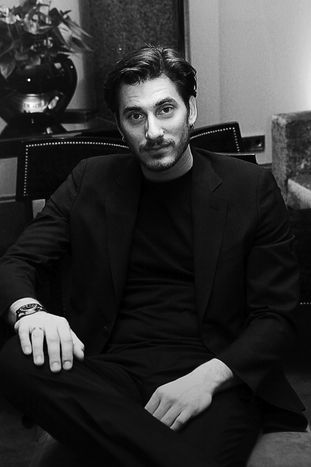 Luca Marinelli: 'I’ve still got a Marlon Brando poster in my room'

Since his turn as an introvert in Saverio Constanzo’s ‘The Solitude of Prime Numbers’, the multilingual actor from Rome has gone from being hidden treasure to demanded actor; in Berlin today I can see why, hypnotic looks and all

Luca Marinelli, 29, is explaining that he moved to Berlin for his girlfriend recently. What a shame, I think – no more excuses for not getting on with the interview!

cafebabel.com: Luca, you grew up in a film-loving family; how did it impact your eventual career?

Luca Marinelli: My father was a voice actor so that’s how we always had the influence of films as were growing up. It’s kind of romantic – I have seen so many films with my grandmother. She loved Italian film so I basically spent the majority of my childhood watching the classic with her like Bicycle Thieves (by Vittorio De Sica, 1948) and The Great War (Mario Monicelli, 1959).

cafebabel.com: Which actors do you admire most?

Luca Marinelli: Many from the era of Manfredi, Gassman and Mario Mastroianni. 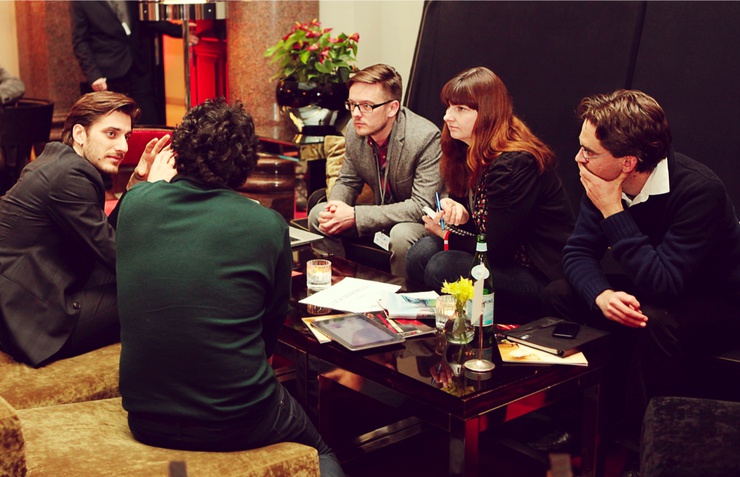 cafebabel.com: Which film poster did you have hanging in your bedroom as a youngster?

Luca Marinelli: None – well, come to think of it there was Marlon Brando in Apocalypse Now, still is actually. You know that picture where there is a beetle on his head. I am always looking him in the eyes.

cafebabel.com: You tend to play strong, polarised characters, like the disturbed Mattia in The Solitude of Prime Numbers (2010), or a transsexual in the science fiction drama The Last Man on Earth (2012). Would you ever reject a role?

Luca Marinelli: Not really. Sometimes it is difficult to pad out a character when there’s not much information available.

cafebabel.com: In The Solitude of Prime Numbers, you had to put on some weight...

Luca Marinelli: That was really difficult. It was my first film and I had to change my body, put on 16 kilos. Alba Rohrbacher (the main female star) supported me a lot, and I had an excellent director. I learnt real ‘cinema’ there. It wasn’t so hard to lose the weight after, either, it took about a month.

cafebabel.com: Is there anything you don’t enjoy about your career?

Luca Marinelli: Interviews (laughs). No, that’s something that you don’t understand at the beginning and must learn. But of course it is important. Acting is a wonderful job, as long as there is work. Sometimes there are breaks in between which can last for up to weeks or months. You have to get used to that too. I have had a lot of luck in my job so far.

cafebabel.com: I read that you also enjoy singing – is that for the audiences too?

Luca Marinelli: Oh no, it’s something I do alone. Maybe one day I will perform a song.

cafebabel.com: Which music do you like and what was the last concert you attended?

cafebabel.com: As a passionate theatre actor, do you still get stage fright?

Luca Marinelli: Oh yes! It’s as if you were about to die! It’s the same whether you’re about to step out onto the wooden boards or just before the stage of a press conference. I’m a bit of superstitious, sometimes I think that I should repeat whatever I might have done the day before.’ But then sometimes nothing really happens (laughs). So no, I don’t really have a cure to the problem.

Read the original interview on cafebabel Berlin’s official blog, in partnership with cineuropa.org and nisimasa.com