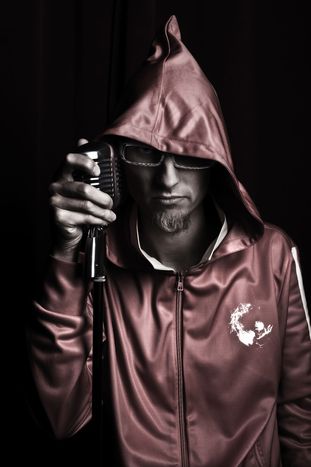 L.U.C: 'Poland is not just vodka and pretty girl exports'

Rather than rapping on his new album, producer Lukasz Rostkowski, 29, mixes in historical soundtracks, including the voice of ex-Polish president Lech Walesa. The jazz, trip hop and electro musician explains how a sometimes pessimist view of his country's past has inspired him in his musical projects, for which he has just picked up a 2009 'Passport award' from the journalists at Polityka

1939 and 1989 are two very important years in Polish and European history. They are now also the title of the latest album to be released by LUC, the 29-year-old Polish hip-hop maestro. Since the release of his first album Spasoasekuracja with his five-member jazz, rap and trip hop band Kanał Audytywny in 2003, LUC has recorded collaborations with many talented Polish musicians. He has also been nominated, on numerous occasions, for national music prizes, the most important of these awards being the Frederiks; L.U.C has been nominated for this version of the Polish Grammys three times. 39/89 Zrozumieć Polskę draws on hip-hop beats and orchestral music to revisit those epochal events in Polish history, and won a Passport Polityka award for its 'intellectual and artistic effort of understanding Poland without ideological props.' In an exclusive interview, the rapper and producer from the western Polish city of Zielona Góra explains why memory work does not always have to be synonymous with guilt.

Lukasz, your new album is subtitled ‘Understanding Poland’. What is there to understand?

People must understand the facts as to what has led our country to be such a generally unpleasant place to live, especially seeing as we are now part of an open Europe and when you imagine what Poland could be today. I want to show young people that if the Poland of today is a depressing landscape with tower blocks, old communist buildings and hideous kiosks, these have not appeared by chance; they are down to the events that have touched our country over the past fifty years. 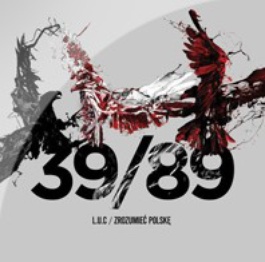 I really struggled to find a title that was representative of the history of Poland over that period. Quite honestly, I found nothing to sum it up. The events that touched our country were unbelievably tragic but, at the same time, exceptionally heroic. I have nicknamed this period the ‘diabolical half-century’. It is as if, during that period of time, God had fallen into a deep slumber and left us to it.

Your opinions on Polish 20th century history are very negative. How has this approach influenced your style of music?

It is true that I have a rather pessimistic view of Poland’s past. The history of my country fills me with pity and sadness. That said, via my music, I am looking to renounce a myth, a particularly long-lasting legend whose ill feeling is inherently present in everybody in Poland. Polish history makes us out to be victims. And we indulge that, by feeling sorry for ourselves. But I want to highlight the positives, for example the fact that we have always believed in certain ideals, such as democracy, human dignity and liberty. These ideals are essential to we Poles, all the more since their acceptance in 1989, when Poland became a democracy.

As a hip-hop artist releasing an album that deals exclusively with the events of 1989 in its anniversary year, do you think that Poland already sees its history as fashionable? 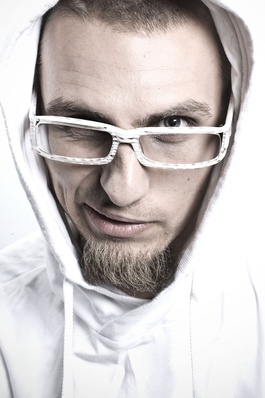 Some kind of trend does seem to have been established. It amuses me to admit that it looks as if I have jumped on the bandwagon. Nevertheless, I did not need this bandwagon to be brought to release this album. Fashion trend or not, I would have done it anyway. Poland should be exporting things aside from its vodka and its pretty girls, it should be educating about its history.

Your seventh album has been more a work of archiving than of writing raps; you have, for example, used the official statement signalling the beginning of the war in 1939, extracts from speeches in communist times, recordings made at the election of the Pope and so on...

That is indeed what it is. The basis of all of it still lies in music, which I initially composed as a soundtrack for a series of films. At the beginning, the album was to be a sort of multimedia project. A film on history should be understandable to all, whether you are French or Cuban. In the end the idea was abandoned until one day I heard some old, wartime radio speeches. I felt a sense of unbelievable magic, an energy and morality. It was this that made me want to illustrate the music with sound bites to evoke images without film or song.

And it's with this in mind that we hear Lech Walesa almost rapping towards the end of the album?

Yes, that’s it exactly. On a more or less hip-hop beat. I call that a soundtrack.

Two sponsors of your project - Poland’s institute of national memory and the European solidarity centre - are hardly supportive of Lech Walesa...

These organisations do not think highly of the alleged activities of Walesa’s informants.That’s true. These two institutions cannot give their support for Walesa, but they have agreed to collaborate with me in this project. That was very important to me, because I wanted this project to bring people together, not divide them. Symbolically, this is what has happened with this record.

But is it not true that your previous tracks have maintained divisions, for example, in the area of Germano-Polish relations?

I am trying to establish a new climate through music. Memory and remembrance don’t exist to settle scores. The Polish should not resent the Germans, or the Russians, for that matter. Even though we would have reason to do so considering the way our country has been slain by the past.

In your role of musician, you often use the history of your country as an influence – would you consider yourself patriotic?

Obviously I am patriotic. Even if I seem very critical with regard to society, I like the ideals that have surrounded me since I was a child. That said, I think that I qualify more as patriotic towards Europe because the concept of a union of nations, of them coming together, is a beautiful thing to me.

This article is byMarkus Nowak, a correspondent from the German writer's network n-ost