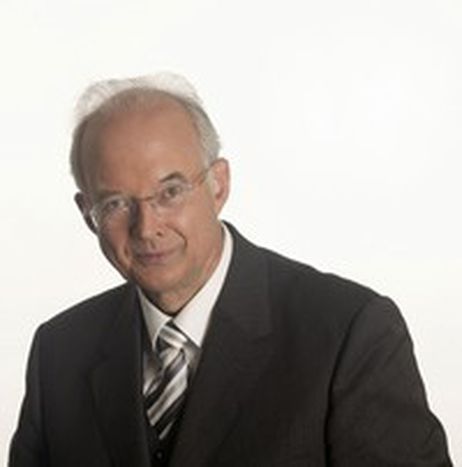 Germany and France, once the symbols of large, generous welfare states in western Europe, are now discussing lowering taxes for corporations and for individuals. The level of debate, however, is far lower than the tax rates being discussed.

Paul Kirchhof is the tax guru of the German Christian Democratic Union (CDU) and Finance Minister in Angela Merkel’s shadow cabinet. He caused quite a stir in the recent election campaign with his plans for a flat, uniform income tax rate of 25% for all. Across the border, France’s interior minister, Nicolas Sarkozy, announced that the French corporate tax should be lowered by 6% so as to bring it in line with the EU average. It seems that the last bastions in Europe of a high-tax-and-spend, generous welfare system are about to crumble. What is of particular concern amongst France’s political Left is the fear that the welfare state of the founding and core members of Europe are about to be done in.

No economic boom, despite bargain-basement taxes

This fear would be justified if member states were able to link their international competitiveness to low taxes. Tax rates are, however, being chronically overestimated in terms of their importance for jobs and growth. Taking a look at Slovakia and Sweden illustrates this point: as of the beginning of 2004, Slovakia introduced a uniform value added tax (VAT), corporate income tax and personal income tax of 19%. If the advocates of low taxes were right, then this eastern European country should be booming like there’s no tomorrow and rapidly approaching 100% employment. But, as figures from the Viennese Institute for International Economic Comparisons prove, this is not the case. Foreign direct investment in Slovakia in 2002-2003 was at 2.2 billion euros but, since the reform was implemented, the figure has sunk to 1.3 billion. In the same period, the country fell from being 2.7% to being 2.2% above the OECD growth average, and unemployment fell only very marginally from 18% to 17%. Yet Sweden, despite a small reduction in the tax burden and state expenditure, still has high taxes – VAT, for example, is at 25% and over 50% of the economic output flows into the coffers of the government. But despite this, it tops the OECD growth rates, achieving 3.6% last year.

Are Sweden and Slovakia just anomalies; exceptions to the lower-tax rule? By no means is this the case. National competitiveness has little, if anything, to do with the level of the country’s tax burden and the associated size of government. The decisive factors are rather the structure and quality of the state’s income and expenditures – a conclusion which even the Financial Times, hardly known to agree with the Left’s view of the world and advocacy of the (welfare) state, has come to: “Big spending doesn’t mean less growth.” If the state is able to spend the money it receives from tax payers better than they themselves would be able to, then high taxes and high levels of government spending lead to a better quality of living than if the model of low taxes and a small public sector are followed. Europe’s politicians would do well to spend at least as much time as is being wasted on the low tax debate on thinking about how to optimise the investment of their expenditure. They would be rewarded with growth. And continuous economic growth offers both sides of the political divide a fascinating prospect – it facilitates the financing of a constantly large state sector whilst decreasing the tax burden.