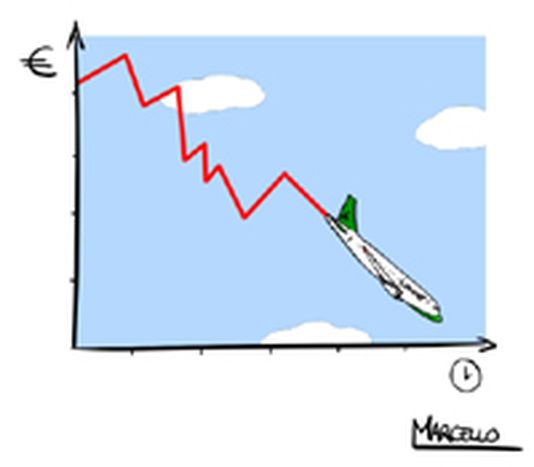 Europe's twenty- and thirty-somethings are enjoying the era of low-cost consumerism, particularly in air travel, telecommunications and food; a spending revolution which is increasing their sense of European identity.

For this generation, low-cost consumerism is as much a way of life as a necessity and its purchasing patterns are very sensitive to price, which is rarely considered indicative of quality. These 21st century young Europeans are aged between 20 and 30 and often have limited funds. They are students or young people who, although often well-educated, frequently spend several years looking for stable employment, the result of a period of economic stagnation affecting almost the entire continent and generating levels of youth unemployment which are nearing 20% in some EU states.

This is why price is a crucial variable. But what is the right price for young Europeans? How cost-sensitive are they on a scale of one to five? Our interviews with young people across Europe have revealed that they are very cost-sensitive, but underline that the amount they are willing to fork out depends on the product that they intend to buy. As far as food is concerned, for example, price isn't important, they chorus. "I prefer to pay more because the quality of what I eat will be better", says Miriam, a journalist and student of international and intercultural sciences in Barcelona. Ditto for Rahel, a student of law in Potsdam, who claims that she is "prepared to buy organic products" when money allows. "They are very expensive items", she explains, "but for fruit and vegetables it's worth it because you can be sure that they are not genetically modified".

On shoes and clothes, however, young Europeans are divided: there are those, like Judit who works in the Hungarian Parliament, who think that price is less important when you’re talking about a pair of expensive shoes or glasses. And there are those like Vanessa who, when they feel down, go shopping to buy clothes in particular. "It's my American side coming out" confesses this Franco-American who now works in a multinational company in Brussels. In this instance, the serotonin wins and the price variable disappears.

However, none of the interviewees claimed to be prepared to spend money on luxury clothes. Although, on average, the price reflects the quality of an item, they all agree that some companies make you pay more because they are trendy rather than because they really offer good quality. They spend the most on clothing and electrical items during the January and summer sales.

We come now to the sectors where price really makes a difference and particularly influences the Eurogeneration's sensitivity to price. This is the first generation to lives the European way on a daily basis, thanks not least to budget consumption. Low cost airlines (such as Easyjet, Skyeurope or Germanwings), extremely cheap communication methods and e-commerce (particularly for purchasing technological goods) are the cornerstones indicated by our interviewees. They allow you to reach the best compromise between quality and price, both for "ordinary" pleasures (eating, communicating, listening to music and watching videos) and "extraordinary" ones. The latter are now increasingly less of a luxury: air travel is the most incredible example of this revolution in lifestyle: Young Europeans, in contrast to their parents, can travel more frequently and more widely thanks to the advent of low cost airlines which, amongst other things, are historically influenced by the European dimension rather than the national one. "Aren't you European!" my mother exclaimed when I returned from my umpteenth Ryanair journey, an airline which carried more than 28 million passengers from April 2004 to April 2005.

The other names in this revolution which match low cost and a more European dimension are Skype, MSN Messenger and Google Talk, all of which offer instant messaging, Voip and intercontinental telephone calls though the internet. All you need is a pair of headphones and a microphone, the cost being just the price of connecting to the web. The extent of the change could be huge: Skype alone, which was recently bought by eBay, boasts 55 million users across the world and predicts 197 million users in 2010.

And in the future, the possibilities could be surprising. People could, for example, have language lessons with mother tongue speakers from the comfort of their own homes, just as Linda, a student from Budapest, and Sara, an intern in Rome, do already. Budget food items whose quality-price relationship is also highly satisfactory for young Europeans like Miriam and Rahel also come under a banner of an unmistakable globalisation. When it comes to food, this generation puts quality first. The discount giant Lidl's pasta, for example, is produced in Italy, marketed across Europe and everyone agrees that its quality is excellent.

In sum, low-cost products are both a necessity and philosophy: young people prefer to use their modest budgets for a quality of life which includes real quality in the goods and services they pay for. Price becomes a variable to be valued critically and is often indicative of a fictitious advantage. Moreover, online communities are actually continuing to flourish because of the exchange of information and tips on the most advantageous offers: the Italian site Zingarate.com, for example, played on the low-cost format of Europe. Now it has become a phenomenon.

And for the future? Budget consumerism is foreseen in even more sectors - which means a more European dimension for everyone.