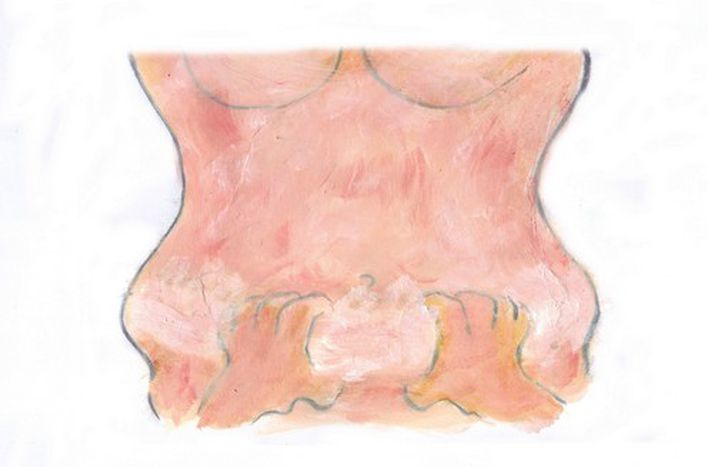 As spring is arriving and skirts are getting shorter, the question on everybody’s lips is how to combat those extra pounds that kindly make themselves at home on our sleepy bodies, de-energised by the cold and winter food.

Evoking the eternal inequality of the sexes, when it comes to carrying those extra pounds, men have the unbelievable luck of dressing it up with poetry. French and Italian men alike characterise a somewhat generously-proportioned abdominal belt as love handles (the Italians bear maniglie dell'amore and the French poignées d’amour).

The expression is equally familiar to the British, though not exclusively for men. The fat formed in this way on the hips takes the shape of two lovely handles, justifying the latter part of the term. But why ‘love’? Well, you see, because it’s possible to grab these fleshy bulges during the throws of passionate love.

Less forgiving in matters of fat, the Germans have a more pragmatic expression denoting this abdominal relaxation in older men: they talk of the Bierbauch or beer belly, another familiar term in English, as well as the more culinary metaphor pot-belly. The French also fall back on their patisserie with the well-known expression brioche. Another gourmandise, but a feminine one, is found in the English expression to have a bun in the oven, reserved for pregnant women.

Post-pregnancy, the Teutons were in the habit of describing the roundness that is kept by the mother as baby speck (baby bacon). As for the winning combination of love handles/ stomach fat, the English use the cute name spare tyre, the Spanish speak of Michelin and the French, despite the latter being their brand, just use tyre.