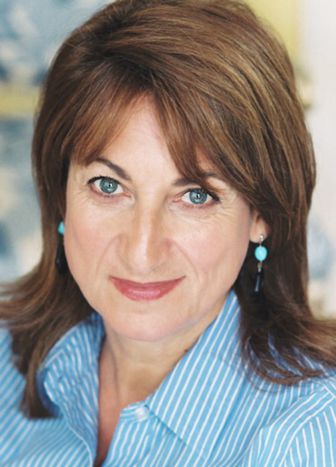 The London-based Italian economist, 55, is an expert in the financing of terrorism. We take a taxi to her book launch in Rome and discuss why the financial crisis was a missed opportunity for Europe to have a single voice

‘Look, I don’t have much time. I have an appointment at the radio in twenty minutes, then another interview, then a work dinner,’ Loretta Napoleoni is saying. Does she feel a bit like a rock star sometimes? ‘Ah, yes. I have so many meetings in my diary. The worst is that I’m in Rome and when my secretary was organising my day, she didn’t take into account that it’s difficult to get quickly from one side of the city to the other!’ 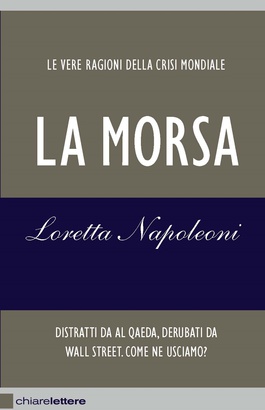 This week’s issue of Internazionale, a weekly international press review magazine, has published one of her articles, Bin Laden’s Dream (‘Il Sogno di Bin Laden').  It also mentions the imminent publication of her next book The Grip('La Morsa', Chiarelettere editore). ‘One extract comes from the chapter about Las Vegas and Dubai,' says Napoleoni. 'The two cities are symbolic of decadence and of western contamination, and grew bigger and richer from the end of 2001. When the financial bubble burst in 2008, they were the first to suffer from the recession because they were linked to the financing of globalised attacks.’ On the cover, the subtitle runs: Distracted by Al Qaeda, robbed by Wall Street. How can we get out of this? While the politicians are terrorising us, the financiers are robbing us of our savings: this is the vice that is crushing us.

It seems everyone has read Loretta Napoleoni's previous book, Rogue Economics (Seven Stories Press, 2008), in these times of recession. The book talks of how consumers live in a world created by the media, trapped in a virtual net of desires and social illusions, while in the meantime economic reality has been speedily changing. The ‘rogue economics’ of the title are running the planet , an indomitable force in the hands of a new generation of unscrupulous businessmen, entrepreneurs and financiers. The book’s introduction reads: This is a book about the modern world, which is at risk of being completely reshaped by the acts of dark economic forces. It is a book about the latest chapter in a long history, a history that compels us to remember that humanity has always been forced to pay a very high price for those who define and then conquer in the history books.

Napoleoni gives the taxi driver directions for Via Asiago with the confidence of a native Roman; she has lived in the Italian capital for twenty-four years. After trying without success to find work in Italy, her biographical note reads, she won a prestigious Fulbright scholarship and moved to the US. She considers herself an emigrant rather than part of the brain drain.

The news on the radio opens with a report on the 'recession'; the most frequently mentioned word in the last eight months. ‘The economic recession is a result of the events of 11 September and of the wars that resulted from that,' she comments. 'When Bin Laden attacked the Twin Towers, he thought he was starting an act of purification in the west, but in fact the opposite happened. The political system, which produces nothing and spends money it doesn’t have, caused the real collapse of the celluloid world of incontrollable passions, but this collapse happened because of the west’s own actions’. The same people as usual are getting rich from this economic short-circuit: organised criminals. 'Think of Naples,' she offers as an example, 'where the little companies at the risk of closing have turned to loan sharks for help in the face of the recession. The ‘Ndrangheta is more mobile than the Camorra, especially in the European territories where there are states like Germany that do not have legislation to oppose them,' she says.

Europe; the radio news is talking about the common policies shared between EU members. 'The financial crisis is a historical moment; it could have been an opportunity for the EU to reshape its own role at a global level. But its excess of voices and the different internal and external policies of the member states have reduced the EU's incisiveness.' She leafs through a newspaper. The expenses scandal that is attacking the British ruling classes headlines the foreign news section: it feels like the press were crowning Gordon Brown as the man who would bring Europe out of the recession a long time ago. ‘There is no nation in particular that is managing the recession better, but the nation that is in the worst condition is certainly Great Britain. It is risking a decade-long recession because of the errors it has committed in the past six months.’

So what role can the EU play? ‘The EU has simply been transformed into a tax haven,' Napoleoni explains. 'The reason is because of the patriot act which was approved in 2001 by the American congress. It introduced severe checks on the flow of money arriving from the US. So money laundering was moved to the old continent because of the lack of homogenous, exhaustive laws against tax havens. Once again, in Italy it is the ‘Ndrangheta that is gaining ground because of the rise of Salvatore Mancuso (a Sicilian immigrant who has become the new leader of the Colombian paramilitary terrorist organisation). He is a commercial ally of the Colombian drugs rings.' We're almost at our destination. Napoleoni checks her appointments and glances through her agenda and press cuttings from the past months, as she prepares to answer the last question: how can we emerge from the financial crisis? 'The recession could be positive and make us think about the negative consequences of globalisation, but we should not wait for the politicians to act. We need to mobilise civil society.' Dry and concise, she has repeated this more times than you might think.

She pays the taxi driver and gets out of the car quickly to join a group of journalists outside the Rai Radio Tre studios. She hesitates, comes back to take a copy of her latest book from me, writes something in it and moves away. I open it and read the big characters of her autograph: could I possibly have become a groupie?

Thanks to Giulia Civiletti for her availability and her patience