Looking for the Meaning of Life… in Lodz

The city rally organized in Lodz, in parallel with the exhibition “Einblicke” (“Insights”) taking place in the Prexer Culture Centre, represented for me an unmissable opportunity, or perhaps an excuse, to make my way back to Lodz.

Forming the only foreign team of the game in Lodz, together with the German Marcel, we got to know the city, its creative spots and inhabitants in the most intense and exciting way! 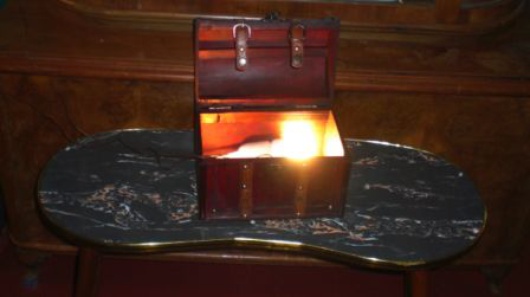 The rally started on plac Wolnosci (“Liberty square”), under the heavy rain than had replaced the thick snow and the icy wind which had blown on the city the whole morning. A young man in a long black coat was preaching through a loudhailer about the Meaning of Life –which the wisest and luckiest among us shall have the unique opportunity to discover during the game. When we received the first clues, the Lodzians started running and the rally was on! We first followed as we could, but soon we split in different routes and started evolving from one task to another: “cooking” and eating a typical Berliner dish - the famous “Currywurst”!- in a home in which we were warmly invited by a young woman from Lodz ; driving a rickshaw ; creating a piece of jewellery out of rubbish (drawing inspiration from the artists of the “Tacheles” in Berlin) ; composing a postcard for Berlin out of German newspapers and magazines, etc. Tasks where also given in which we had to cooperate through skype conference with a team playing in Berlin, for example to look at old black and white pictures, and find out whether they were from Lodz or from Berlin. Of course, the game made us walk through the whole city centre, from the plac Wolnosci to the various university buildings and to the theatre, getting the chance to admire in passing the impressive colourful murals that spread on several walls of the city.

At each step, we were asked questions which we had to answer anonymously in writing: “What was the most important event in your life?”, “What scares you most?”, “Which place in your city do you most like visiting?”, an so on. We were also asked to interview people in the streets: “If there was one question you could ask to someone you do not know, to get to know him/her better, what would it be?” These questions are closely related to the current exhibition “Einblicke” (“Insights”) at the Prexer, which is the result of a project realised with the Studienkolleg of Berlin, in which thirty people in Normandy, Transylvania, Lodz and Berlin were interviewed on the basis of the same questionnaire, containing such very personal questions.

Originally a fabric for projectors, the Prexer was turned into a cinema, and is now hosting a dynamic Culture Centre, run by a group of very energetic and creative young people, who propose their help to anyone who steps in with an innovative project and the will to realise it. In a post-industrial city where the unemployment rate is particularly high at the moment, and from which more and more people are moving away, personal initiative and creative ideas to revitalize the activity are most welcome. It was in the Prexer that the game ended, where prizes were awarded to the teams which had collected most points, for their creativity, originality, rapidity, and of course knowledge of the Berliner culinary tradition! While a cloud of smoke invaded the lounge where we were seated, a mysterious suitcase was brought for the winner team to unlock and discover the meaning of life: an installation with a large mirror in which they could see…themselves!

In accordance with the principles on which the “Einblicke” project was based, the game offered me an original and fun way to catch a glimpse into the way people in Lodz live, as well as address them and myself with fundamental, personal questions. If I probably did not find the meaning of life during this rich and intense day in Lodz, I definitely got closer to it.