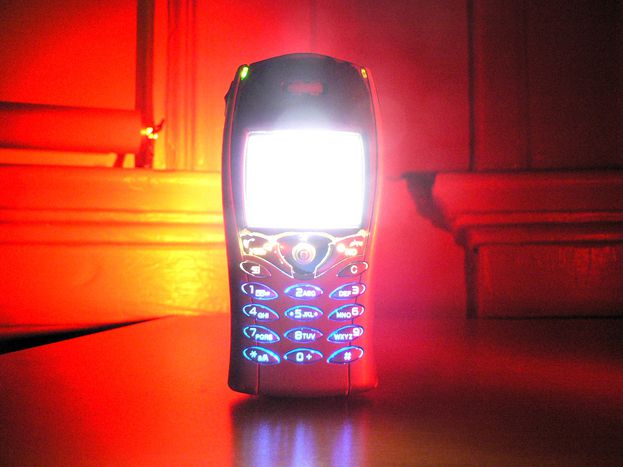 The first Sunday of the new year was once an occasion for the faithful population to bring their working gear and tools into church to be blessed. What’s the harm then if an anglican vicar has decided to keep up with the times? All the more so since his parish is located in the financial heart of London

A good shepherd knows how to listen to his flock. This was surely the maxim which guided the Reverand Canon David Parrott on the first Sunday of 2010, when he blessed one hundred or so high-tech devices in the St. Lawrence Jewry church in London’s financial district. Amongst the items brought in by employees of the city were laptop computers, Palm organisers, and mobile phones: working instruments of the new millennium. It’s nothing new or strange then that a vicar has decided to give them his benediction. In the not-too-distant past (and still today in several European locations), shovels, ploughs and many other everyday objects were brought into churches for their annual blessing. 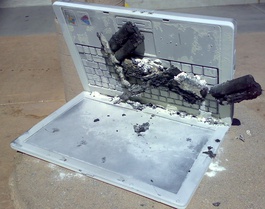 In February 2008, Bishop Severino Poletto blessed the brand new 500 Abarth at the historical Fiat headquarters in Mirafiori, a suburb of Turin. A mark of devotion to the lord, or to the company? Or is it just superstition? Only those who can read the workings of the human heart would know. In any case, it doesn’t change the fact that no fisherman would be scandalised to see a colleague get his boat blessed. Given that making a living on the waves - and from them - means offering your life as a deposit, you don’t stop for long to ask yourself whether to call upon a god as garantor. It doesn’t even shock the hundreds of bikers who gather in various scattered corners of the continent to get their gleaming two-wheeled steeds blessed. And not all of them are even devoted followers. They’re more likely to be disciples of Pascal’s Wager - Blaise Pascal was a 17th century French philosopher, according to whom if God didn’t exist you lost nothing by believing, but if he did exist, you won a place in heaven! Who knows.

All in all, asking for the benediction of our technological devices is by no means a bad idea. On the contrary, why not bless them directly at the source? Maybe we could spare ourselves from news of iPhone screens shattered into tiny shrapnel-like pieces, as happened to a young boy in southern France in the summer of 2009, or exploding iPods in Japan in March 2008 and Great Britain in August 2009. The overheating of batteries is one of the biggest causes of explosions and other harmful incidents: in 2006 Sony was forced to recall almost 10 million batteries installed in Dell and Apple laptops, and in 2007 Nokia offered to exchange 46 million batteries produced by the Japanese firm Mitsubishi for its mobile phones. Today the greatest risks are incurred by those racing to pick up a bargain. But then buying modestly-priced batteries of dubious origin, found in street markets or stalls, has never been a great investment.

Alright, sometimes it can also be a case of negligence. Would the good lord be omnipotent enough to save those gadgets which end up left by their owners under the burning midday sun, as they enjoy their annual beach holiday? Hard to say. Rather, for all those everyday defects which can afflict our software and suchlike, it seems that the three theological virtues of faith, hope and charity still count. However as the bible says, the greatest of these is charity: only this will be able to ensure that technology is spared from unpredictable and uncontrollable destructive forces.