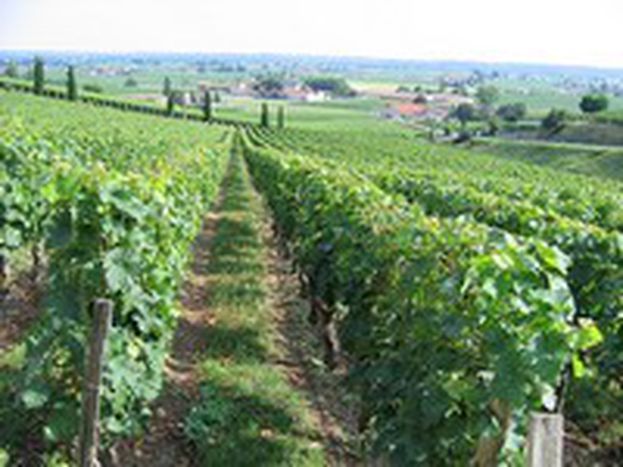 'Living off our reputation is no longer enough'

Some French wine producers see globalisation as a fact, not a fatality. They are fighting back with two weapons: quality and marketing

Robert Deloche, 70, is a retired researcher of fundamental physics. He devotes his newly acquired free time to the restoration of his family’s vineyard in Bordelais, in south-western France. Convinced of the incompatibility of modernity and the ‘savoir-faire’ of his ancestors, this wine-making novice is taking a pragmatic approach.

How does one make the unique move from physics laboratories to vineyards?

'Château Gontier', the vineyard that I manage, has belonged to my family since 1865. It is set in an exceptional location: twenty hectares of vine on a hill overlooking the Gironde estuary, nestled in Bordelais. I watched my grandfather and then my father work on this land to produce some of the region’s best vintage wine - granted ‘AOC' (Appellation d'origine contrôlée’m or ‘term of controlled origin’, a French label which guarantees the origin of products such as wine and cheese.)

Unfortunately we were forced to close the vineyard in 1954. When I took it over fifty years later, it was in a very poor state. Being very sentimentally attached to it, I wanted to restore it to its former splendour. This was an enormous task and something to which I have been devoting my time since 2002.

In your opinion, what is the charm of the job?

The job is quite physical and incredibly compelling, taking up a lot of my time. At the moment, I can be spending up to ten hours a day in the fermenting room. There is a certain art to the process. We arrange the rows of vines to allow for the circulation of air and ensure that their branches are not overloaded, as this will cause the fruit to deteriorate. Sometimes it’s like shaping a botanical garden. I do think of myself as an artisan – producing a good wine is sometimes considered an art!

How would you describe the mood of French wine producers at the moment?

Certainly one of anxiety. I worry about things as well: am I going to successfully sell my produce in these times of crisis? I do however get the impression that French wine growers are more and more aware of the new demands imposed on today’s market. In France, and particularly in Bordelais, we have for a long time believed that we could simply live off our reputation. Now we are starting to admit that this is no longer enough.

What challenges does the profession face these days?

The sector is being affected by overproduction on a global scale. Now, I’m the first to recognise the quality of our competitors in the ‘new world’. Chile and California, amongst other places, are producing wine of extremely good quality. I accept globalisation, competition which is the result of worldwide liberalism. This is why I am concerned, not only about producing good quality wine, but also about finding a market for it.

I have thought about several ways in which to sell my wine. I’m looking to create sale points abroad, particularly in China. I have contacted work councils. I am also open to the idea of simplifying labels, so that buyers from abroad can easily understand them. For example, would anybody in Texas have ever heard of the fifty-seven terms of controlled origin in Bordelais? Indicating the type of vine, as well as its geographical origin, will make the information more accessible.

Notably, the Brussels Reform Bill envisages the uprooting of 400, 000 hectares of vine in Europe over the next five years. That translates to 12% of the total wine-producing land. Is there a solution to this crisis?

I am in favour of uprooting measures when they concern wine which is of a poor quality – because this, unfortunately, does exist. Those responsible for it inflate global production and saturate the market. Without even mentioning ‘great wines’, I think it would be wise to uproot the vines not capable to produce even the most base table wine.

It is nevertheless important to distinguish bad vines which are planted in bad soil, from bad vines rooted in good soil. These should be replaced instead, which is something I did on my vineyard.

Lastly, can you sum up for us the future for European wine?

If I did not believe that it had a future, I would have sold my vineyard rather than devoting my retirement to it! Basically these days it is not just about knowing how to produce good wine. You should also be able to communicate. The main concern of wine producers is to ensure that they understand European wine culture. Italy, Spain, Alsace and other areas share the same historical love of wine.

But this civilisation is losing its way, being replaced by mass commercialisation. On the large American vineyards, from one year to the next, identical wine is produced in tens of thousands of hectolitres – a bit like Ikea furniture. In Bordelais, soils 800 metres apart can result in the production of radically different wines. That is why it is considered an art: you must know how to make it and make it known.

Translated from « On ne peut plus vivre sur notre réputation »