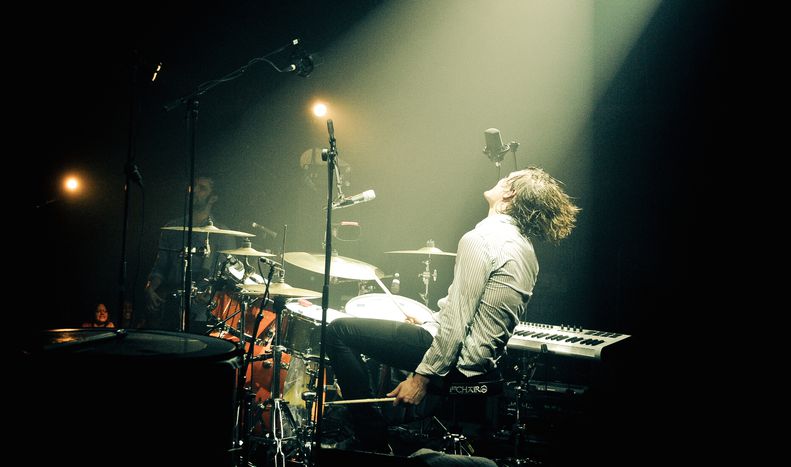 Live at Bataclan: the best of the best

A homage to the live music of the Bataclan, where three weeks ago a terrorist attack cost the lives of 130 people in the heart of Paris, as well as nearby St Denis, in order to remember that, even in the darkest times, our answer to pain is to turn up the music.

The Bataclan is a unique concert hall: a true symbol of Paris. Thousands of artists have trod its boards since the 3rd of February 1865, the day of its official inauguration. Originally named Ba-Ta-Clan after the title of an opera by Jacques Offenbach, the café stroke concert hall changed over time, becoming first a theatre and then a cinema. In 1969, however, the legend assumed its current distinctive nature, becoming an entertainment hall; a necessary stop-off for international artists on European territory.

1972: The Velvet Underground and Captain Beefheart & His Magic Band

One of the venue's most memorable concerts was held on the 29th of January 1972. It was on that date that the Velvet Underground met for the first time after their official dissolution. Nico, Lou Reed and John Cale offered the public splendid acoustic versions of such immortal songs as Heroin, Femme Fatale and The Black Angel's Death Song. The concert was recorded and circulated for many years as a bootleg record. Only in 2004 was it finally distributed under the title Le Bataclan '72.

In the same year, on 15th April, the theatre received Captain Beefheart & His Magic Band: an important date for Paris, as it accommodated one of the most eclectic characters of the American experimental rock scene. The concert was, moreover, held shortly before the release of Trout Mask Replica, produced by Frank Zappa and considered by many as a milestone of 20th century music. The live show at the Bataclan became part of Grow Fins: Rarities 1965-1982, a release dated 1999 and composed entirely of unpublished recordings and live performances.

On the 10th of January 1973 Genesis performed at the Bataclan presenting, at the time, some of their most famous songs: The Musical Box, Supper’s Ready, Interview, The Return of the Giant Hogweed and The Knife. A show undoubtedly belonging to the earliest era of the group. It is still a performance that captures all the power of a historic band during a fundamental period of their career. The video of the concert, included in the box set of 7 CDs and 6 DVDs Genesis 1970-1975, contains an unpublished interview with the band, recorded in French, during which Rutheford speaks about The Beatles' influence, Gabriel makes jokes about David Bowie and Collins just bursts out laughing most of the time.

On the 29th of September 1977 it was the turn of The Clash. The sound of punk spilt out into the streets of Paris for the first time as the group found itself breaking into the French scene only one year after its formation. There are numerous testimonies of their Parisian concerts during the 80s, though the same cannot be said about their concert at the Bataclan in 1977. In that year, among other things, the band released their self-titled debut album. While this sound belongs fully to the 70s, it was introduced to most people as an avant-garde work, only for their followers and true punk lovers: in other words, those who were at the Bataclan on the 29th of September 1977.

The audio recordings of this performance are scarce and not easily available, but fans recall the punk concert as an unforgettable event, precisely because it was so unique. Live at the Bataclan, they say, didn't resemble the punk concerts, violent and noisy, of other bands of the period like The Stooges or The Sex Pistols. No, The Clash's performance was thrilling, full of a potent and revolutionary energy. A manifesto of rebellion, ideological anger and pride. A little like the French capital itself.

Live from the Bataclan is an EP of rare beauty and extreme refinement. The disc was recorded during Buckley's performance at the Bataclan on the 11th of February 1995, and released in October of the same year. It is one of those albums that never leaves your stereo, even if it consists of only 4 tracks: Dream Brother, The Way Young Lovers Do, Medley: Je N'en Connais Pas la Fin/Hymne à l'Amour and Hallelujah. One of the peculiarities of this live performance was the perception, almost physical, of the public adoration at the theatre.

In Paris, Jeff Buckley was catapulted into a completely different dimension, far from the intimate atmosphere of the venue. The artist rose to the occasion and left its packed audience in ecstasy. A special mention goes to the Je N'en Connais Pas la Fin/Hymne à l'Amour medley, a true and glowing tribute to the singer Édith Piaf and France. The version of Hallelujah has been recently rediscovered and updated as a result of the tragic attacks of 13th November, becoming part of the soundtracks of numerous tributes in memory of the victims of the Bataclan.

On 19th May 2003 Blur went on stage at the Bataclan, only two weeks after the release of Think Tank. The show was completely sold out and the choice of theatre (with a capacity of 1500) left everyone speechless. The band could have easily played at Bercy or the Zénith. The group, moreover, was performing for the first time in Paris with a new formation that replaced guitarist Graham Coxton with Simon Tang, former member of The Verve. The performance was a success, in spite of its short duration at only 90 minutes, thanks to the mix a hits from the new album, such as Tender and Beetlebum.

The Bataclan, together with the general public, fell in love with this Norwegian duo. The Kings of Convenience concert on the 11th of November 2009 can be described as an acoustic pearl of extreme grace and simplicity. They were joined by, among others, Feist, who with sparkling sympathy contributed to a interpretation of the folk ballads of Ejrik Glambek Boe and Erlend Oye. It is therefore worth recalling this cheerful version of Know How.

The Bataclan received Balthazar on 16th April 2015. The band is a new indie-rock wonder arriving straight from Belgium. After the success of Applause (2010) and Rats (2012), it was time to perform Thin Walls on the Parisian circuit, less than a month before its release date. The sounds of the new album are a beauty that appears more seductive and precious than their previous work. Moreover, the tracks pay homage to an emotional sphere and are based on those human feelings that we all share: True Love, Decency, Oldest of Sisters, Dirty Love.

It pays tribute to life, hectic and chaotic as it may be, yet always worthy to have been lived. It is for this reason that a song like Blood Like Wine is a the most suitable track to remember Paris: a free city where music flows strongly through its veins. And, no, one should not have to die for this. Therefore, always in the name of good music and love: “Raise your glass to the night-time!”

(Almost) all the artists of the Bataclan

Among the various musicians who have played at the Bataclan, we remember:

Translated from Live at Bataclan