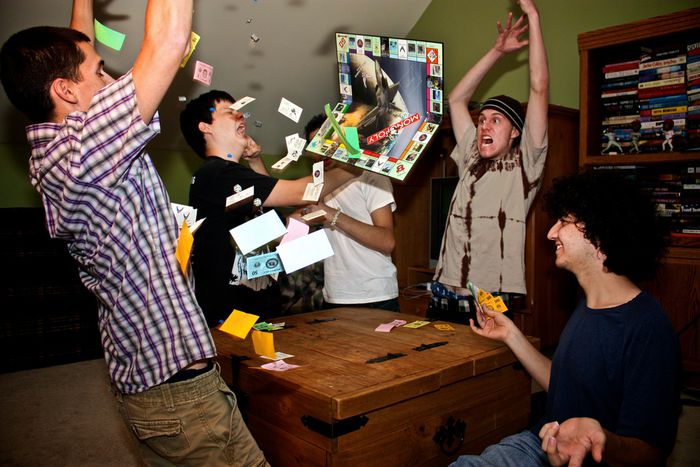 Lithuania: Behind the scenes preparations for the euro

The ex-Baltic tiger will join the Frankfurt-based banking arena on January 1st, 2015. How are Lithuania's preparations for joining the eurozone unfolding? How are citizens reacting to this new currency? Cafébabel went on the ground to gain a better understanding of the preparations.

Inflation, economic development, identity loss, opening up to the European market...Lithuanians think of all of these ideas when discussing their adoption of the euro. In Kaunas - the country's second largest city - like elsewhere in Lithuania, January 1st, 2015 is set as the official entry date into the eurozone. We managed to pay with euros several times at the market in Kaunas. The honey vendor accepted them without even flinching. He took out his calculator to give us the exact amount: 8 litas (2.30 euros). As for the mushroom saleswoman, she replied: "It all depends on how much you buy." 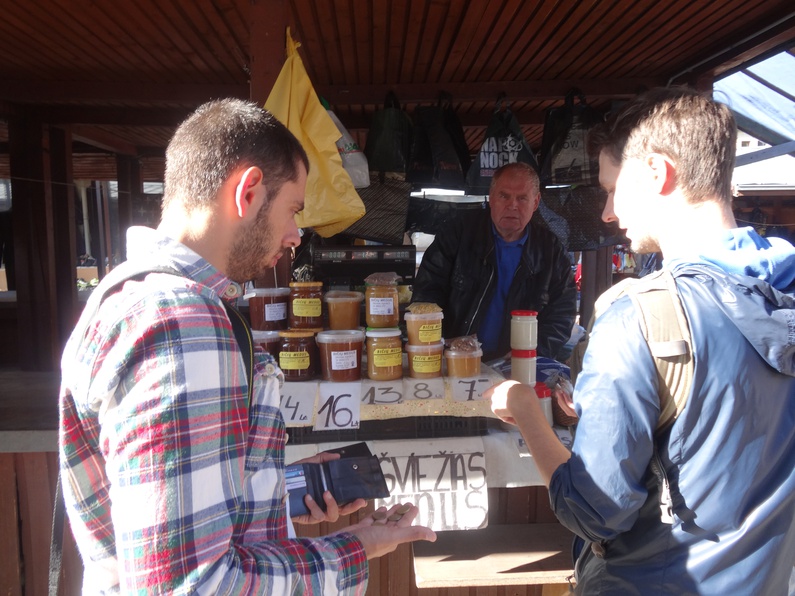 According to the vendor, the director of the market explained to him that customers were already allowed to pay in euros. However, the same director assured us that euros could not be used in the market until January 1st. Sometimes, the theory is not always applied...

Banks are also preparing for the switch. ATMs with euros are already available in the big agencies in Kaunas. The government and the Bank of Lithuania organise information sessions in villages. A bus travelled around the country for six months to the four corners of the country to respond to citizen's questions.

A single site dedicated to the euro collects all the practical and theoretical information. In short, the information is available widespread, the citizens now just have to take note. "I don't watch television and I don't listen to the radio, but I received enough information through my friends," explains a 23-year-old student. During the vox pop, the dozen people interviewed all knew the exchange rate (3.4528 litas for one euro).

Confidence struggles to settle in 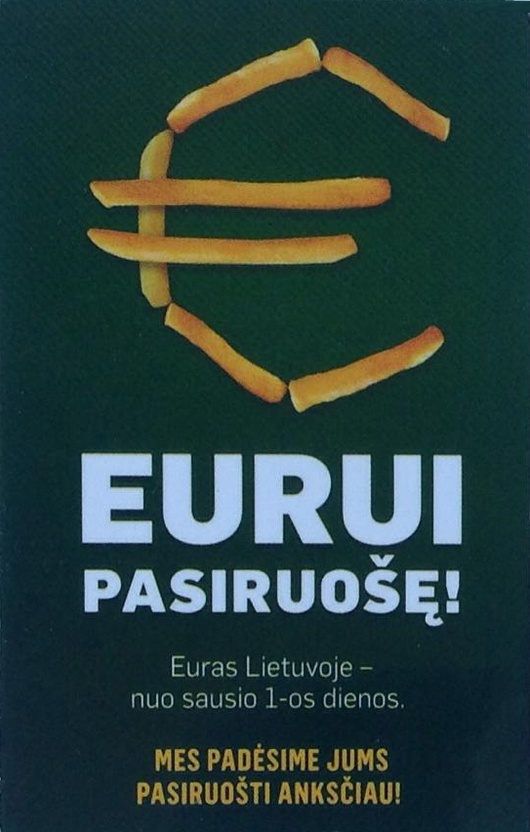 According to the Eurobarometer from June 2014, 35% of Lithuanians reckon that the single currency could have a positive impact on their lives, compared to 44% who answered in the negative. "We need proof: as soon as we have euros in our hands, this will allow us to establish confidence," according to Rytis Krušinskas and Daiva Dumčiuvienė, professors at Kaunas Technology University (KTU). According to a 50-year-old passerby, "It's 50-50: on one hand, we could use the euro in other European countries. On the other, the elderly will have difficulty to adapt and will need some time."

Inflation is also worrisome: "Above all, the people fear that the prices sky rocket and, as the Central Bank, we try to explain that yes, prices might rise a bit, but not tremendously" says  Marius Skuodis, a specialist of European affairs at the Bank of Lithuania.

The question of identity is also an issue. Minted for the first time in 1922, litas were used until the beginning of the Second World War. As of January, Lithuanians must abandon their national currency, a symbol of liberation from the tight grip of Russia.

Another uneasy identity arises when we speak to the inhabitants of Kaunas: a feeling of inferiority is ever present when Kaunas is compared to the current capital, Vilnius. At the branch of the Central Bank in Kaunas, we were sent to the office in Vilnius to have our questions answered. Even in the media, experts who are interviewed come from Vilnius, neglecting the importance of Kaunas that was the capital of the country between 1920 and 1939.

The euro is coming, but how is it going to happen?

Lithuanians will have two weeks to get rid of their last litas in stores. During the first quarter of 2015, they will also have the opportunity to change their national currency at the bank. Around 700 exchange booths will be opened. The European Central Bank (ECB) published an infographic to explain the entire process.

According to the long term estimates of the Bank of Lithuania, the cost of changing currencies is around 600 million euros while the benefits could reach as much as 11.6 billion euros, according to Marius Skuodis. "But no one knows how long the eurozone is going to survive," declares Rytis Krušinskas, adding: "If one of the big eurozone states decides to leave, everything can fall like a house of cards."

The government, the cities and business associations committed to following a memorandum outlining good practices aimed at guaranteeing a fair conversion rate for products and services.

After years of budget cuts that targeted pensions, salaries and unemployment insurance, the government decided to take advantage of adopting the euro to raise the minimum wage from 1000 litas (290 euros) to 300 euros.

The currency change could also be the time to control the transfer of money coming from the black market. "The banks have committed to revealing the names of people who want to exchange more than 20,000 litas (around 5,800 euros)," says Rytis Krušinskas. Nevertheless, there is no legal restraints tied to this commitment. "Certain people go to villages to try to illegally exchange their euros. The risk of criminal acts and fraud exists," continues the professors of KTU. This is why is it important to inform all levels of society.

THIS AR­TI­CLE IS PART OF A SPE­CIAL SE­RIES DED­I­CATED TO KAUNAS AND CAR­RIED OUT IN THE FRAME­WORK OF AN EU PRO­JECT, IN­TI­ATED BY CAFEBABEL.​COM AND SUP­PORTED BY THE EU­RO­PEAN PAR­LIA­MENT AND THE HIP­POCRÈNE FOUN­DA­TION.