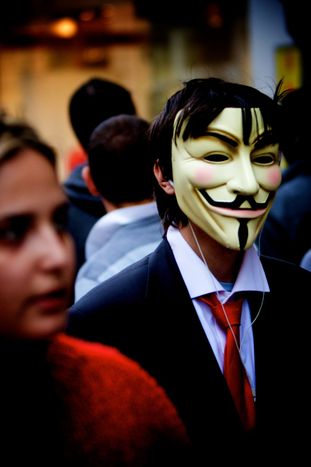 Remember that other time that Irish voters were told they had returned the wrong result in Nice in 2001? Citizens shouldn't feel they 'owe' anyone on 2 October

When is a democracy not a democracy? Ostensibly, when you are told to vote again. The eyebrow-raising potency of the Irish ‘no’ vote to the Lisbon treaty on 12 June 2008 was overshadowed for a great many by the arguably more disturbing rise of a Europe that appears happy to let smaller member states contribute their opinion - as long as it’s the right one. Unfortunately for Ireland, whose unique constitution guaranteed it as the only member state eligible to vote in a referendum on the treaty, this is not the first time their democracy has been run through the wash.

In 2001 the Nice treaty was rejected by the Irish under this same constitutional entitlement. Much the same theories were provided for the negative outcome as have been given for the Lisbon ‘no’: low voter turnout, insufficient government information, concerns over the country’s tenuous neutrality and a fear that Europe was steadily taking more and more power away from its smaller member states. The solution to this inconvenient answer back then was the same that being offered now: wrong answer.

The European community had suddenly been boiled down to a boy’s club: play the game or get out

Indeed, the verbal rhetoric espoused by the European media in the aftermath of the treaty was enough to send shivers down the spine of any voter: Ireland, it seemed, was obliged to vote ‘yes’ to the treaty in an ill-defined species of ‘payback’ for European investment in the country since its inception in 1973. Rather than considering the treaty itself, the Irish were apparently expected to ratify it without question in order to satiate the powers that be - to whom they ‘owed’ quite a lot. Maybe someone should have mentioned that first. The European community, founded in the spirit of inclusion, respect and diversity that brought the continent together, had suddenly been boiled down to a boy’s club: play the game or get out.

Interviews with potential ‘yes’ voters that have been made available via the ‘yes’ campaign websites are infused with unsettling undertones - the voters, who often proclaim European unity as their primary influence, tend to drift towards one worried sentiment: they are afraid of what Europe will do to the country if they vote ‘no’. Whether ‘yes‘ or ‘no‘ inclined, the question of whether this is the kind of European community we desire to live in is an important one, and one that is noticeably avoided in media debate. Right now, in a country already plagued by voter apathy, a second democratic vote has just been vetoed on account of its being the wrong answer - can we honestly encourage people to ‘get out there’ and vote when their democratic power is being dissolved, repeatedly, before their eyes?