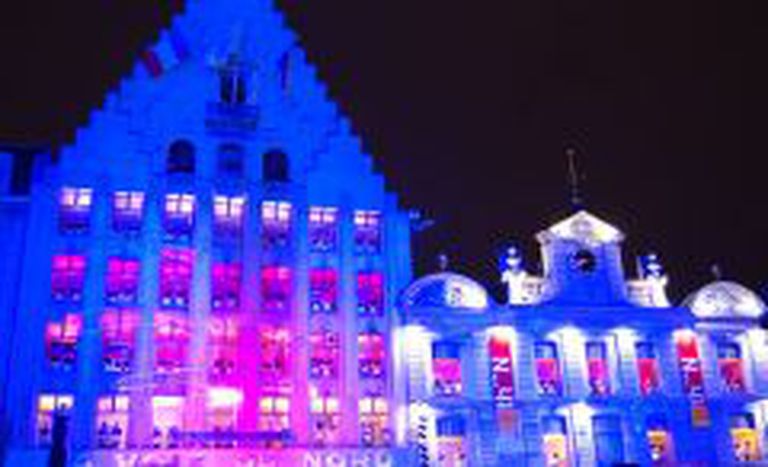 Article written by Valya Ivanova Translated by Maïté Dague Brown With « Lille 2004 », the town was designated as the « European capital of culture ». This year, the new cultural event is dedicated to Europe XXL. The perfect occasion for CaféBabel Bruxelles to go and see how our close neighbours from France celebrate Europe, and to glance at the program of the festivities.

With « Europe XLL », and in association with Central and Eastern countries, Berlin (Germany), Istanbul (Turkey), Moscow (Russia)and Kazakhstan, Lille offers a program of exhibitions, concerts, debates, and parties with themes from all over Europe…more then 500 events in total. Everything began last weekend when Lille welcomed more than 200,000 people to see the opening parade of « Lille 3000, l’Europe XXL ». An aerial ball, Bulgarian 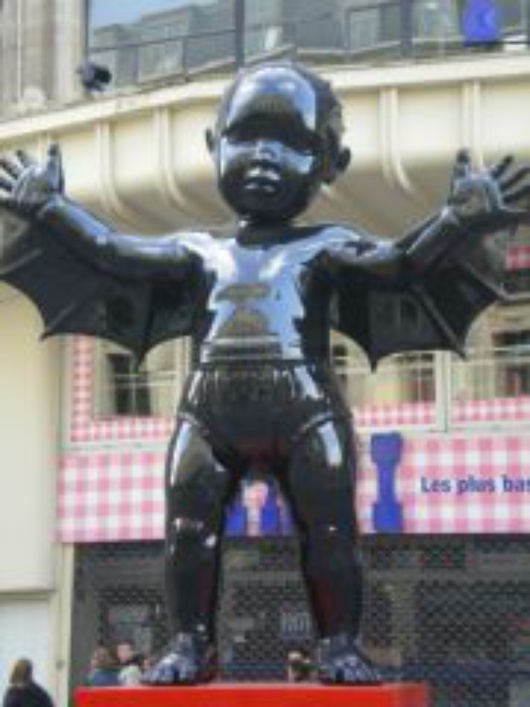 Hungarian and Romanian singings/songs presented by the « 1000 voices », many artists among which « Faura Dels Baus », « Transexpress » and brassbands that delighted the audience the night of the 14th of March. A 3000 people parade that went through the town. The parade started at the Lille Flandres Station, surrounded by 12 strange statues, six meters high giant babies, installed all along the rue Faidherbe. In 2006 the symbols of the festivities were elephants, this year the organizers have chosen to replace them with black babies, produced by the Russian collective « AES+F » (three architects and a photographer exploring, the dark side of the universe of childhood, since 1995). Here it is more about demonology and dragon stories, an evocation of both heaven and hell. Finally at the Quai du Wault, three « fallas », effigies of the event « Bombaysers » in 2006, when Lille was exhibiting the treasures of India for three months, were burnt as a sign of renewal.

Then came the fireworks, lighting up the sky for more than half an hour. The night ended late in the streets of Lille, with the songs of the choirs or the music of DJ’s. This was only the beginning of a programm rich in events. « Europe XXL » is taking place from March 14th to July 12th. Four intense months to travel through Europe, and discover the treasures and diversity of its cultures. There will be 500 ecclectic events in total, including parades, exhibitons, metamorphosis, Midi-Midi, cinema, live performances, theater, dance, concerts, shows, parties, junk markets, literature and comics meetings, debates and cooking events. 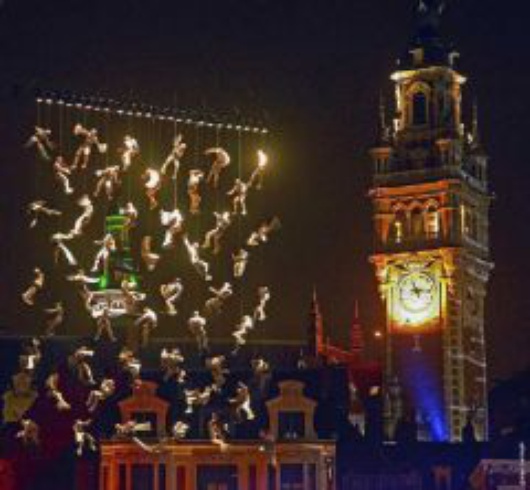 At 45 minutes from Brussels by train, you can enjoy in the following months unknown cultural events coming from the most remote yet european regions, that will make you discover all their diversity. An event you can’t miss !