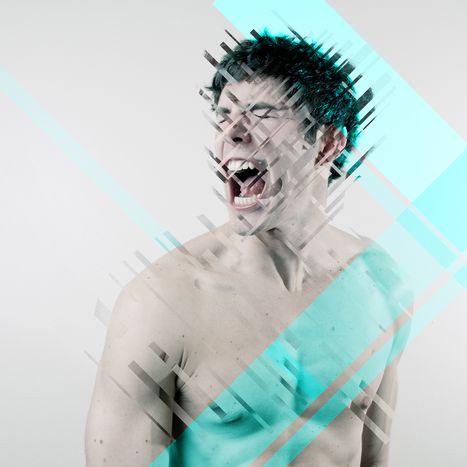 How do different European expressions convey that feeling of rushing around at hurried top speed? You’d need a stellar beastly cast of a tarantula, bat, devil, cat and pig to explain yourself across the languages. Idiom of the week

It is miserable enough spending the day at the Russian embassy in Minsk in the name of bureaucracy. We queue in the rain with Georgian, Mongolian and Vietnamese citizens amongst others. The heights of irritation are scaled by an older woman who flaps around crazily, jerking forwards unjustly when the guard calls out ‘molodoi chelabek’, or ‘young man’. My Spanish colleague even trips over her to get in. Once she is inside the embassy, she pounds past us and almost knocks herself out whilst entering another doorway. She rushes around in such violence that I find her to be like a bat out of hell. Yes, like Pedro around his house (como Pedro por su casa), reflects my colleague earnestly.

The Spanish also use the headless chicken idiom to describe this situation (como pollo sin cabeza), but we almost choke in laughter at this striking Spanish cultural perversion of a British idiom. How can a big-boned Spaniard hanging out at home, be in any way comparable to the flight of a nocturnal creature darting about the sky? The only thing coming from the heavens fast enough to describe this woman from a German perspective is an oiled-up flash of lightning (Wie ein geölter Blitz). One legend from the south of Italy would have it that the hysterical woman danced through the embassy (come morso dalla tarantola) in a hypnotised frenzy after being bitten by a tarantula (Wie von der Tarantel gestochen in German). 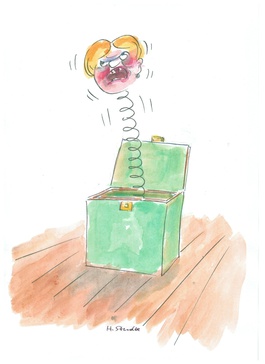 She is like a devil from the back of its box (Elle a jailli comme un diable au fond de sa boite), say the French, linking the saying to the hell that the British bat flew out from. It’s an adverse brother to the English ‘jack-in-the-box’: when the toy is cranked up, the lid opens and out pops a clown to startle children everywhere. The Polish expression would have the woman rushing around like a cat with a pig's bladder (Biegać jak kot z pęcherzem). The origin of the expression comes from the village activity of tying a pig's bladder to the tail of an unsuspecting cat, who would shoot off in fear. In Poland, the bat-out-of-hell becomes a figurative cat-out-of-hell.