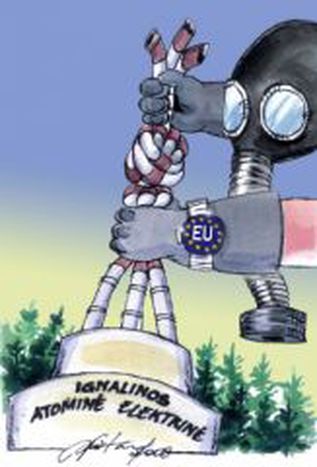 For this reason Lithuania will be forced to import gas from Russia, which is a far more expensive fuel. The Opposition has gradually demanded the Government to start negotiations to extend the term of use for INPP. In joining the European Union Lithuania signed the Treaty of Accession Protocol No.

4, according to which, our country commits itself to phase out the Ignalina Nuclear Power Plant (INPP) by 2009. However, it was suddenly realized, that closing the nuclear plant means leaving Lithuania without a sufficient nuclear power supply for about 6 to 9 years (until a new power station can be built).

A. Abišala, the head of the INPP extension of lifespan negotiators, made it clear, that the likelihood of negotiating an extension is only 5%. This is true; the chances are small especially if he continues his negotiations in the same manner as before. Watching the Government bargaining for an extension of INPP service creates an impression that Lithuania could fail not because of EU legal requirements, but due to dire lack of professionalism. The price of electricity, after decommissioning the INPP, should rise from the recent 0.095 EUR/kWh to at least 0.17 EUR/kWh. Professor Antanas Kudzys believes that the price might shoot up to 0.29 EUR/kWh.  What is the main mistake made by negotiators? They do not question the claim of the European Commission (EC) that an Intergovernmental Conference (IC) must be convened in order to extend the term of active use of the INPP. Consequently, due to this procedure the extension initiative will collapse, if at least one country (i.e. an IC member-country) disagrees. Austria and Estonia are the countries, which will most likely block any Lithuanian actions in the aforementioned procedure.EC acts unfairly toward Lithuania. They are demanding to convene an IC for prolongation of the term. However, the IC was not called to approve the inclusion of the decommission provision into the Treaty of Accession.The competence of the EU in nuclear safety may only be increased through the Intergovernmental Conference. If IC did not provide for an extension of EU competence, naturally this competence remains as is. Nowhere in the Euratom Treaty (this document is passed by and can only be changed by the IC) is it written that the EU has the ability to demand that a nuclear power station be decommissioned. So it has no such ability. The same is confirmed by the jurisprudence of the European Court of Justice.When welcoming new EU members the IC is not convened. This means that new member-states are accepted within the present boundaries of EU competence.A. Abišala does not see any difference between the Founding Treaties and the Treaties of Accession. The Founding treaties determine the limits of EU competence. They determine what EU is permitted to do. Everything, that is not included in those treaties, is outside the scope of EU competence. It cannot do something that it is not expressly allowed by the Founding Treaties. These treaties are changed during the IC.New countries are accepted on the ground of Treaties of Accession. Whether the countries are accepted is determined by the Council of the European Union. The council is the same as the IC. That is why the Council cannot extend the present extent of its competence. Furthermore, according to this procedure the European Parliament may accept or reject the recommendations of the Council. The European Parliament is a supranational, but not a supragovernmental institution. Accepting a new country and extending the competence of the EU are two different procedures.Consequently the European Commission does not have the ability to demand closing of the INPP. Lithuanian negotiators could win more by stressing the differences between these two procedures, because then they would not need the agreement of the EC, Austria and Estonia for the extension of the term of service of the INPP.Even the Lisbon Treaty does not allow this kind of competence. Incidentally the ratification of the aforementioned treaty should be postponed until the question of Ignalina is resolved.Stanislovas Tomas, doctor in EU Law, Sorbonne, ParisCaricaturist Ramūnas Vaitkus 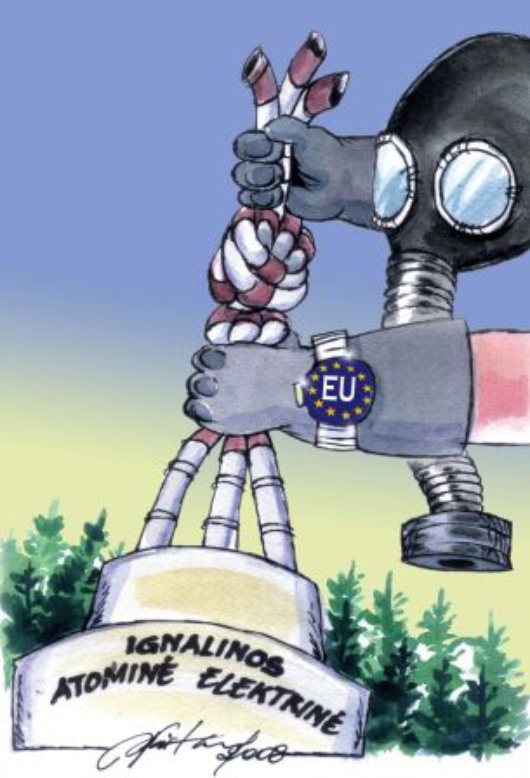