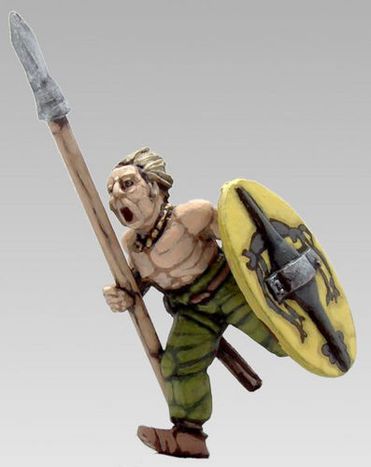 He opposed the Lisbon treaty. He got 600 candidates to run for his party across all the 27 member states in 2008; yet only one was (re-)elected in Hungary. The Galway multimillionare, 41, resigned from politics after his failure. But the Libertas leader is back to push for a second Irish No

At a press conference in Dublin on 14 September, Declan Ganley made an unexpected re-entry into public life ahead of the 2 October referendum. Over a cigar in his Galway mansion he told The Times that his comeback was 'like that scene in Braveheart with the lads with the sharpened staves and the English heavy cavalry charging... at the last minute you pull up the big 12-foot-long sharpened staves and you impale the the bastards on their own argument.' The English-born businessman and head of the anti-Lisbon treaty party, Libertas, headed the successful No campaign that saw the 2008 rejection of the treaty. He resigned from politics following his flop at making Libertas the 'first pan-European political party'. The move didn’t bother many; people brand him as an Englishman (he was born and lived in Watford until he was thirteen). He’s charismatic, but his wealth and US-based telecommunication firm providing services to the military are viewed more suspiciously.

Nevertheless, Ganley’s surprise reappearance is a boost to the Irish ‘no’ side. Speaking to the Wall Street Journal on 10 September, Ganley argues that the Lisbon treaty is the same document as the EU constitution. ‘Why when the French voted no, the Dutch voted no and the Irish voted no, are we still being force-fed the same formula?’ he asks. ‘You don't have to scratch your head and wonder about democracy in some intellectualised, distant way and wonder, is there some obscure threat to it. It is a democracy-hating act. This is so bold a power grab as to be almost literally unbelievable.’

'Why when the French voted no, the Dutch voted no and the Irish voted no, are we still being force-fed the same formula?'

Why is he back now? Ganley says he is taking the move to ‘stand up for the truth’. He calls the guarantees on controversial issues such as abortion and neutrality obtained by the Irish government ‘meaningless’. He says that the ‘yes’ camp has ‘resorted to lying in their desperation.’ The most recent polls by the Sunday Independent and the Sunday Business Post put Irish support for the treaty at 63% and 62% respectively. Those who would vote against are estimated to be 15% and 23%. All of the republic’s political parties support the treaty, except marxist republicans Sinn Féin.

The 2008 Libertas campaign against the Lisbon treaty employed media-baiting tactics largely foreign to the Emerald Isle.  Stunts bankrolled by Ganley included the flying of a private plane trailing the banner ‘keep Europe off the pitch/ vote No’ over national stadium Croke Park, in Dublin, during a cup final. This year however, a flamboyant campaign is not on the cards; it’s a recession, after all. ‘We will not be running a campaign like the last Lisbon campaign,’ said Ganley at the press conference. ‘The resources that we have are minuscule in comparison to the ‘yes’ side.’ He hopes to fundraise between 50, 000 and 200, 000 euros to fund billboards, posters and newspaper advertising for the ‘no’ side. What then? His eventual aim, he tells The Wall Street Journal, is to draw up a 25-page readable document allowing for the direct election of a European president.