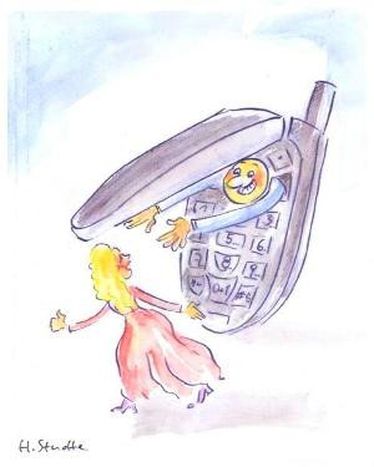 The three Latin languages of Spanish, Portuguese and Catalan are linguistically very similar, which can lead to serious misunderstandings and amusing situations. In the language of the Portuguese poet Camoes, the very commonly used verb ligar means to call. Thus, you might shout out vou te ligar to a friend you plan to see the next day. Imagine the bewilderment of a Spaniard or Catalonian who, upon hearing a Portuguese casually calling this phrase, would understand voy a ligarte (I’m about to pull you)! So Lusophones, beware when travelling to Spain or South America. You might just find yourself the object of the unwelcome charms of a Spaniard! Unless you want to use this to your advantage and exploit the misunderstanding as a seduction technique...